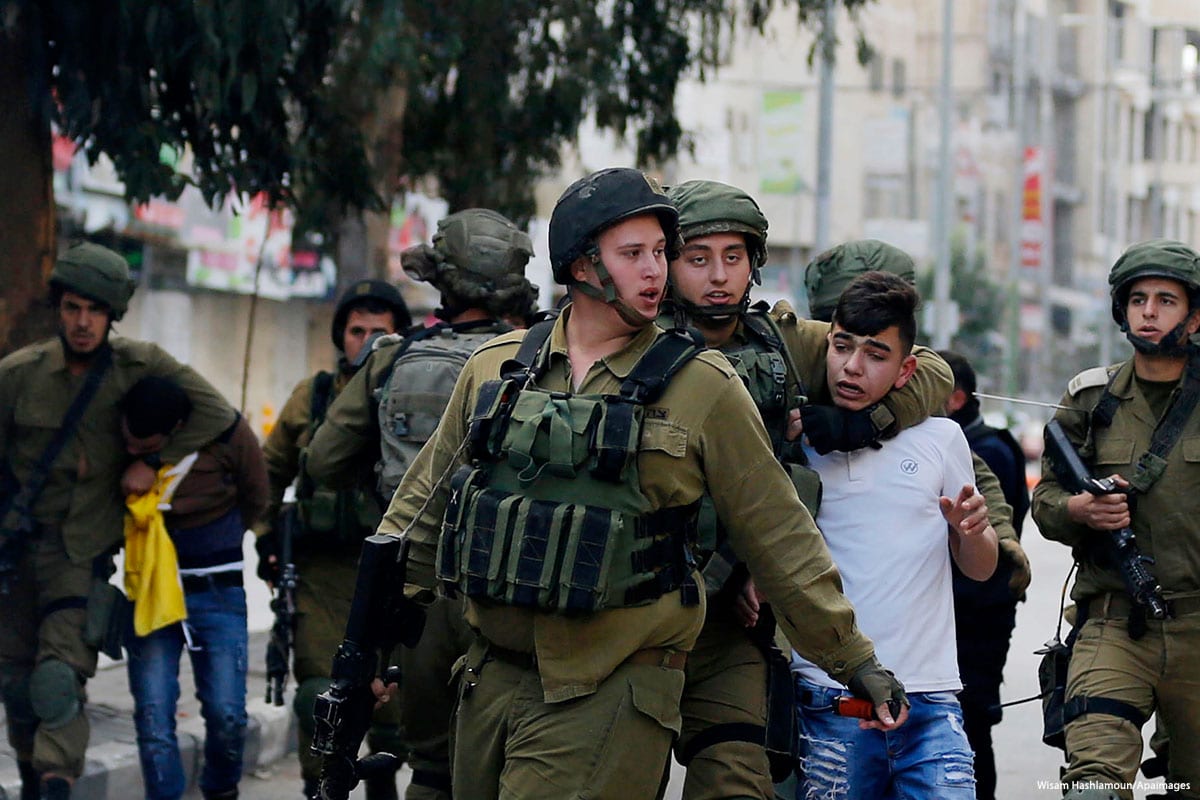 Israeli security forces take a Palestinian minor into custody in the West Bank on 20 December 2017 [Wisam Hashlamoun/Apaimages]
September 21, 2018 at 11:45 am

Palestinian children under Israeli military arrest face "institutionalised and routine" rights abuses, said NGO Defense for Children International-Palestine (DCIP) on Tuesday, with 273 children in military detention as of the end of June according to Israeli official data.

Most of the 500-700 Palestinian children who undergo Israeli military arrest annually only meet their lawyer for the first time during their initial court appearance. A detained Palestinian child aged 16-17 may be held for a maximum of 72 hours prior to appearing before a military judge.

According to DCIP, "children most commonly face the charge of throwing stones, which carries maximum sentences of 10 or 20 years". Though many children maintain their innocence, pleading guilty "is the fastest way to get out of the system", and typical plea deals are less than 12 months.

DCIP collected affidavits from 76 West Bank children "detained and prosecuted under the jurisdiction of Israeli military courts between January and August this year", 80 percent of whom "endured some form of physical violence following arrest".

In addition, out of the 76 children who provided DCIP with sworn testimonies between January and August of 2018, 68 percent "did not receive legal counsel prior to interrogation". 95 percent of the children also "did not have a parent present during interrogation".

The lack of a "third-party presence to provide oversight of Israeli interrogation methods" renders Palestinian children "vulnerable to coercion and physical and psychological violence", said DCIP.

In a phenomenon described as 'alarming', DCIP documented "the use of solitary confinement for interrogation purposes during pretrial detention against 11 children for an average period of 15 days between January and August".

In 2011, the NGO noted, the UN Special Rapporteur on Torture, Juan Méndez, "called for an absolute prohibition on the use of solitary confinement with children".

DCIP affirmed that the children "detained in the Israeli military court system deserve protections from torture or other cruel, inhuman or degrading treatment or punishment and fundamental fair trial rights", and reminded Israel of its obligations under the UN Convention on the Rights of the Child.