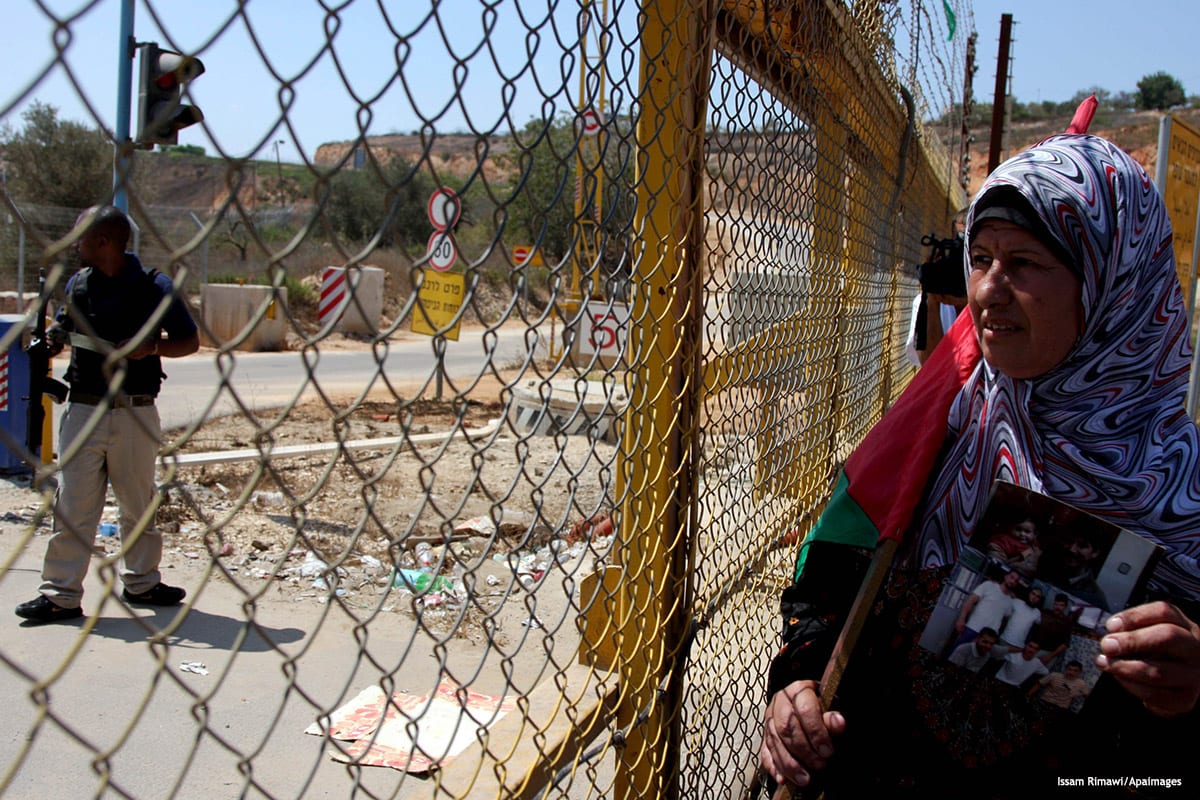 Image of a Palestinian women protesting outside of an Israeli prison [Issam Rimawi/Apaimages]
February 4, 2016 at 10:41 am

Earlier yesterday, the Israeli ethics committee at Afula hospital, where Al-Qeeq is being held, said the journalist was on the verge of death following 71 days on hunger strike.

According to Palestinian Prisoner's Society (PPS) lawyer Iyad Mesk, the Israeli ethics committee said that "despite the fact Al-Qeeq was still alive; he was at risk of a potential failure of various organs."

The PPS accused the Israeli Supreme Court of "complicity" with the Israeli government as it disregarded the deterioration in Al-Qeeq's health when it postponed the ruling on his case.

Prisoner rights group Addameer said: "Both force-feeding and forced treatment are violent policies that are very painful and absolutely violate the principle of individual autonomy."