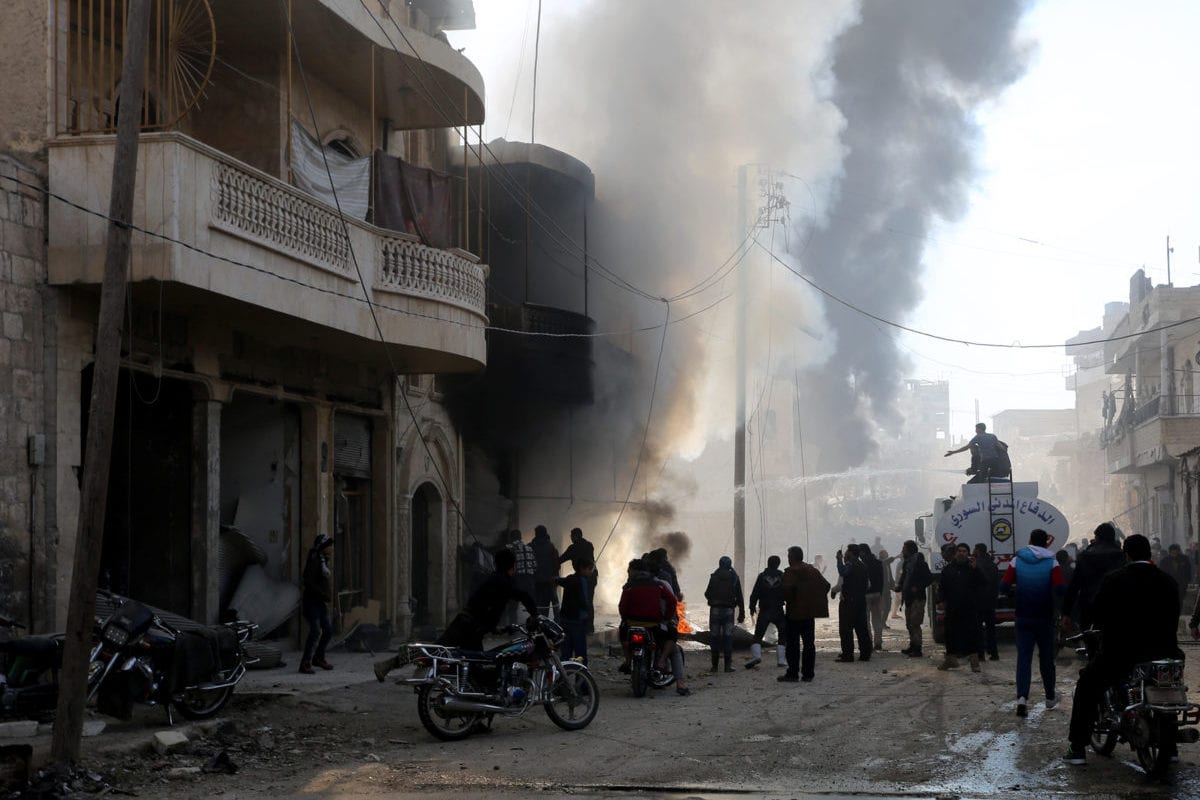 Civil Defence members try to extinguish the fire broke out after a plane belonging to the Assad Regime forces carried out airstrike over residential areas of Maarrat al-Nu'man district of Idlib, Syria on December 11, 2016 [Mouhamed karkas / Anadolu Agency]
December 11, 2016 at 2:14 pm

Over 4,000 Daesh militants, reinforced by tanks, have started an offensive to retake the key Syrian city of Palmyra after regrouping themselves, the Russian Centre for Reconciliation in Syria says.

According to the Russian military, the militants have received considerable reinforcement, including heavy military hardware from the regions of Raqqa and Deir ez-Zor.

The statement by the Russian military says:

Daesh has dispatched a considerable force to Palmyra from the area of Raqqa, where militants, backed by the US and the international coalition seized combat action against the terrorists this week

The Reconciliation Centre notes that the Syrian Army is engaged in fighting the militants.

Despite heavy losses in manpower and [military] hardware, the terrorists seek to come as close as possible and gain a foothold in the city, as the Russian Air Force is not conducting airstrikes against residential areas in the city of Palmyra

Also on Saturday, terrorists reportedly entered some of Palmyra's districts forcing the Syrian troops to withdraw from some of their positions. According to AP, citing the activist-run Palmyra Coordination network, militants gained footholds in the northern and northwestern districts of Palmyra.

Read: Syria regime rushes to Palmyra to fend off Daesh

According to the Russian Centre for Reconciliation, the terrorists are also receiving support from militants coming from Iraq.

Earlier [Russian] intelligence spotted a transfer of up to 5,000 Daesh-militants to the areas of Raqqa and Deyr ez Zor from Mosul, Iraq

In October, Russian Foreign Minister Sergey Lavrov warned that terrorists "could flee from Mosul and go to Syria."

Palmyra was seized by Daesh in 2015, however in March this year Syrian government forces, backed by Russian air support, managed to liberate the city.