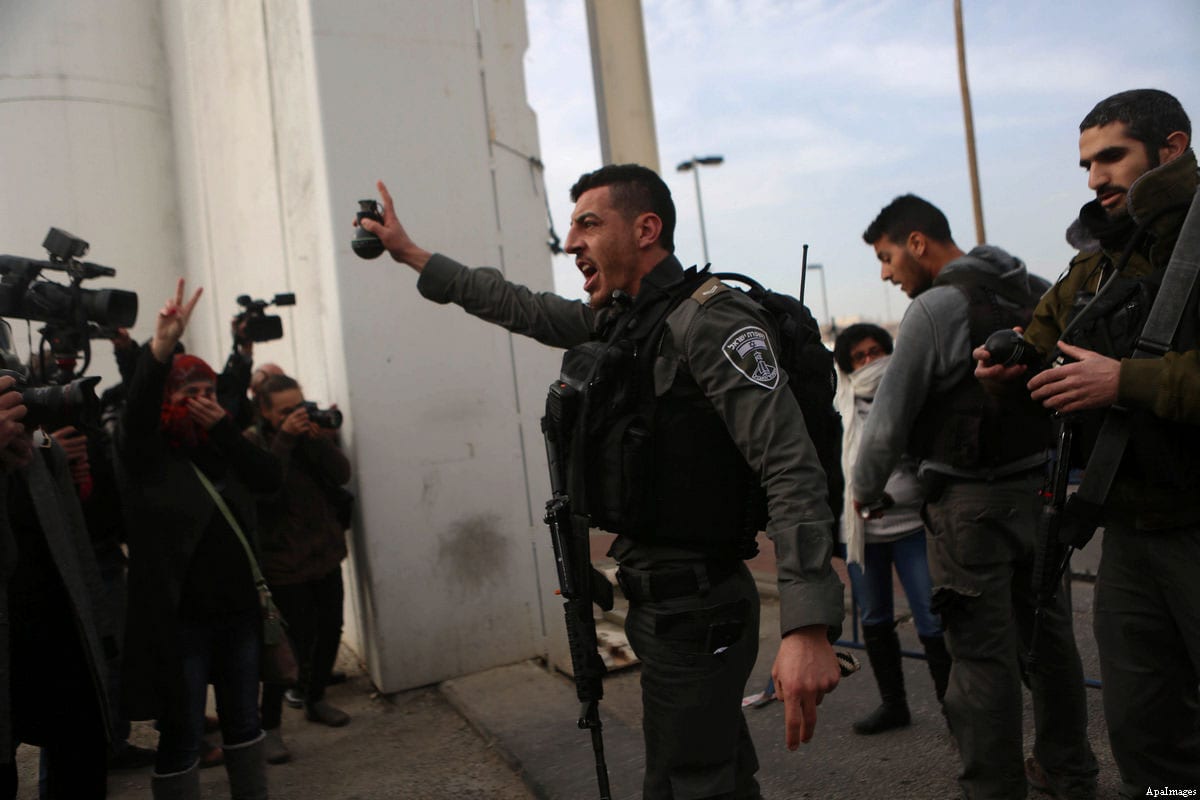 A 16-year-old Palestinian girl has been indicted at an Israeli military court in the occupied West Bank district of Nablus for attempting to murder an Israeli border guard officer, according to a statement from an Israeli police spokesperson yesterday.

Luba Al-Samri said in her statement that during interrogations the girl confessed that she intended to stab an Israeli soldier, "expressing her regret for failing to achieve what she had planned."

The statement included drawings Al-Samri said the girl drew, depicting knife attacks against Israeli forces, with the phrases "stab the soldier" and "the Jerusalem Intifada continues" written in Arabic.

Israeli forces detained the teenager two weeks ago, after she allegedly attempted to carry out a stabbing attack near Qalqiliya in the northern occupied West Bank at an Israeli border police base in the area.

At the time, witnesses identified the teenager to Ma'an as 16-year-old Eiman Jalal, and said that she was wearing her school uniform when she was detained.

Al-Samri said Jalal was from the village of Beit Amin village in the Qalqiliya district.

While the details of the girl's sentence were not yet announced, Israeli authorities have recently handed down a number of lengthy sentences to young Palestinians for alleged involvement in or planning of knife attacks, many of them women and girls.

On Sunday it was revealed that a 16-year-old Palestinian girl would likely be sentenced to six-years in prison after Israeli forces detained her and allegedly found a knife in her bag.

Last week, the Jerusalem magistrate's court sentenced a 22-year-old Palestinian man to 35 years in prison for allegedly assisting in a stabbing attack.