Unidentified gunmen posing as security forces personnel yesterday abducted an Iraqi female civil rights activist from her family home in Baghdad, along with another child, Iraqi media has reported.

A Baghdad-based reporter working for the Kurdish Radio Nawa news agency confirmed the reports, later carried by other Iraqi media outlets, and said that the militants, suspected of belonging to Shia militias who operate in Baghdad, had burst into the activist's home in the early hours of the morning. 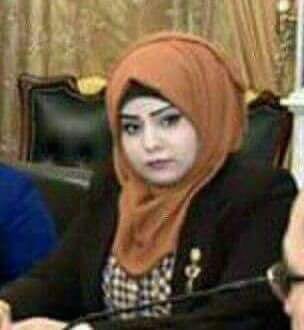 The family of Ghofran Fadil, the female activist who was abducted, was awoken just before 07:30am local time in Baghdad when masked gunmen broke into her home. They then dragged Ghofran, her father and 13-year-old nephew out of the home, claiming that she was wanted for "interrogation".

It was not immediately clear why her father and a child were abducted along with her, but Shia militias working with Iraqi Security Forces (ISF) or pretending to masquerade as them frequently abduct family members of Iraqis they want to extract confessions out of.

Wijdan Fadel, Ghofran's sister, said that her family did not know what had happened to the civil rights campaigner and activist, and said that neither her family nor other relatives have had news of where they were taken, or even what charges, if any, were arrayed against them.

There was similarly no information regarding Ghofran's 13-year-old nephew, who was taken with her and her father.

According to Radio Nawa, Ghofran and her family members were taken away by several white four-wheel drive vehicles that carried no identifying license plates. Such vehicles are commonly used by Shia militias, who travel through official police checkpoints with impunity.

Last month, an Iraqi female journalist who is critical of the government and Shia militias, Afrah Al-Qaisi, was abducted from her home by Shia militias who ransacked and looted her house. After enormous public outcry, she was eventually.