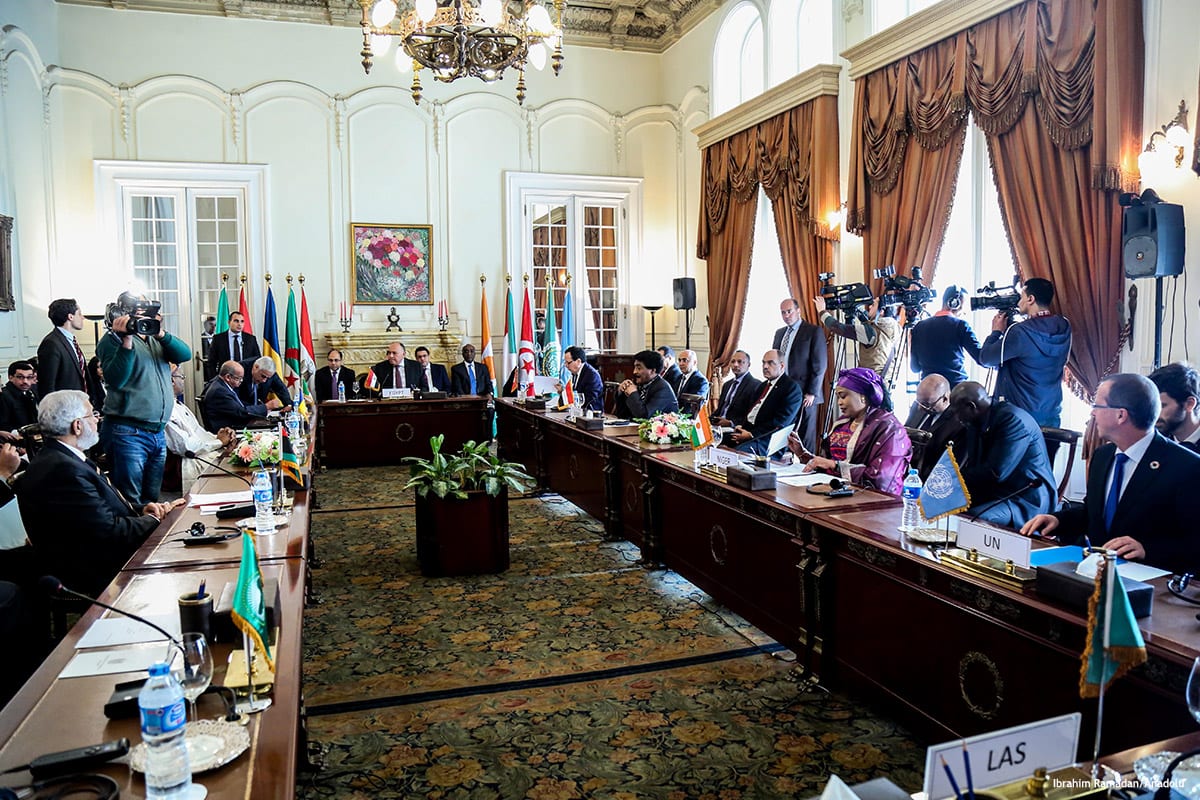 Foreign Ministers of Libya's neighbouring countries meet in order to find solutions for the political and economical crisis in Libya on 21st January 2017 [Ibrahim Ramadan/Anadolu]
January 30, 2017 at 5:42 am

A senior member of Tunisia's Ennahda movement said on Sunday that the moves recently taken by the movement's leader Rachid Ghannouchi regarding the Libya issue are fully in line with the official policy adopted by the national unity government, headed by Youssef Chahed of the secularist Nidaa Tounes Party.

Harouni, who heads Ennahda's Shura Council, added in a press conference held on the sidelines of the council's eighth round, that communication with all Libyan sides is very important for finding a political settlement and uniting Libyans.

Last week, Ghannouchi denied allegations that his external moves regarding the Libyan crisis constitute a "parallel diplomacy" outside the framework of the Tunisian state's official diplomacy.

"In political science, popular diplomacy is carried out by political parties and civil society organisations," Ghannouchi said, "and it does not compete with or clutter official diplomacy but it … supports it and opens horizons for it."