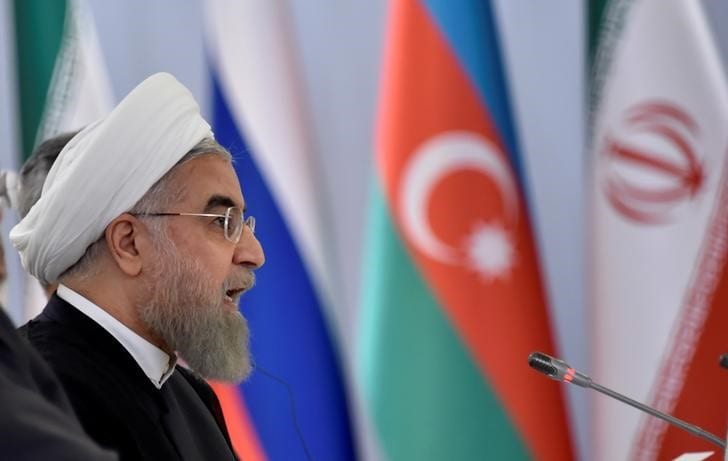 Iranian President Hassan Rouhani makes a speech during a signing ceremony after a meeting with Russian President Vladimir Putin and Azeri President Ilham Aliyev (not seen) in Baku, Azerbaijan, August 8, 2016. REUTERS/Alexander Nemenov/Pool
February 18, 2017 at 10:56 am

Iranian President Hassan Rouhani has asked Oman's Sultan Qaboos Bin Said to mediate for direct and "unconditional" dialogue with Saudi Arabia and the other members of the Gulf Cooperation Council, Anadolu reported on Friday. This sudden policy change was initiated when Rouhani handed over a message to Qaboos during his visit to Muscat on Wednesday.

"Rouhani's visit sent important messages in the light of the ongoing instability in the region," commented Iran's Economic World. "The most important message is that which was given by Rouhani to Qaboos to pass on to the GCC." Rouhani apparently told Qaboos that Tehran is ready for direct and "unconditional" talks with Riyadh and the other GCC countries.

Another aim of the visit, said Economic World, was to neutralise the regional threats in the light of the violent rhetoric of the new US President Donald Trump and his policies in the region.

Ahead of his arrival in Muscat, Rouhani announced that his visit aimed to concentrate on regional issues, including the developments in Iraq, Syria and Yemen, and the "prominent Omani role in stopping bloodshed."