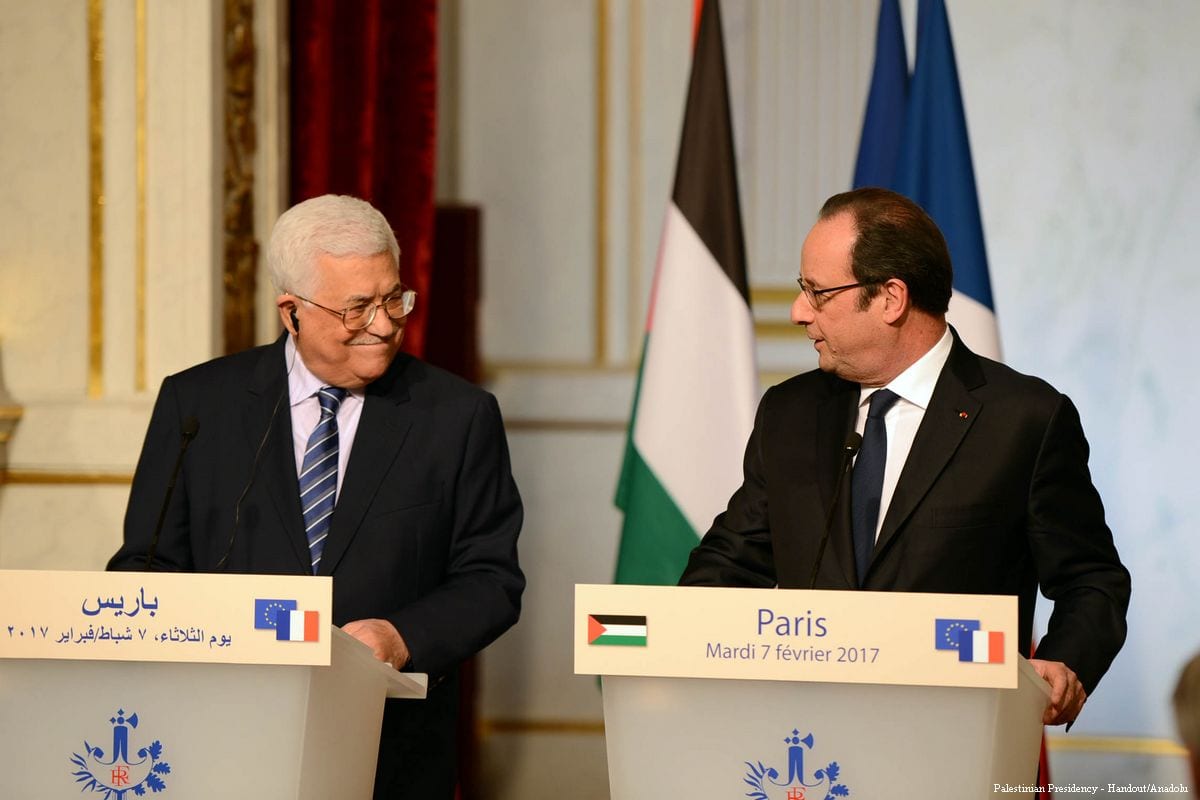 Some 154 French lawmakers sent a letter on Sunday calling on President Francois Hollande to recognise the Palestinian state.

"France must demonstrate its determination to break the deadlock in [the Israeli-Palestinian] conflict by solemnly reaffirming, in the name of the inalienable right of self-determination, that the Palestinian people are entitled to a state," they wrote. "This is the way to respect international law as well as the security of Israel."

Parliamentarians from across France's political spectrum signed the letter. They asked Hollande to "show himself" as being "up to the challenge and not miss this rendezvous with history." They said he should recognise the state of Palestine now.


Palestinian Authority President Mahmoud Abbas welcomed the letter, describing it as "a clear expression of the concern" over the deadlock in the peace process. That, he said, is the result of the Israeli government's refusal to end its occupation of Palestinian territories, and the pursuit of everything that would destroy the two-state solution.

Such a solution envisages two states, Israel and Palestine, living side by side in peace and security. It has been the cornerstone of moves to find a peaceful end to the long-running conflict, sought by every US president for a quarter of a century, although many observers now believe that Israel's colonial-settlements have taken too much Palestinian land for "two states" to be viable.