According to the UAE-based outlet, the head of the Egyptian government panel set up in 2014 to confiscate the funds and property of Brotherhood members, Mohamed Abul-Fotouh, said that the items confiscated include moveable and unmoveable property.

Read: Calls for release of former Brotherhood leader due to serious health condition


Items belonging to 1,370 members of the Muslim Brotherhood, which was banned by Al-Sisi in 2014, has been confiscated, Erem News added. 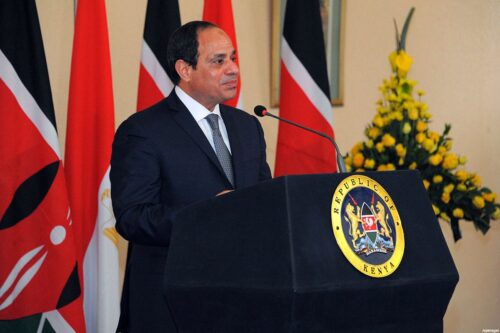 Egyptian President Abdel Fattah al-Sisi gives at a press conference at the State House in Nairobi, Kenya on February 18, 2017 [ApaImages]

Speaking at his office in a villa confiscated from a member of the popular movement, Abul-Fotouh said that the property taken also included 200 school buildings worth 3 billion Egyptian pounds. The schools were handed over to the ministry of education.

The panel said that it also confiscated currency exchange firms, claiming that they were used for channelling money to the Brotherhood, which most reasonable people accept was among the most moderate and organised Islamist groups in the world.