Half of the 20,000 foreign fighters in Syria are from the CIS, claims Putin

Russian President Vladimir Putin said on Wednesday that about 9,000 of the 20,000 foreign fighters in Syria are from the Commonwealth of Independent States (CIS), Anadolu news agency has reported. 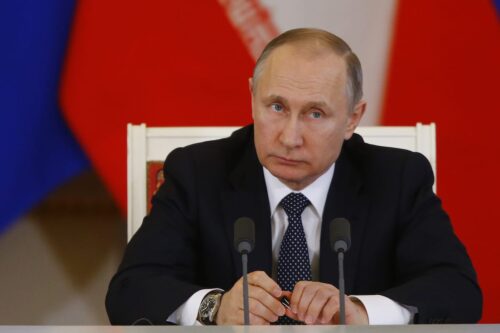 "Nearly half of the approximately 20,000 foreign militants fighting in Syria hail from the Commonwealth of Independent States," he told Russia's Mir TV. "According to various estimates, about 20,000 foreign fighters are in Syria, of which almost 10,000 are from the CIS countries."

The CIS includes Russia, Belarus, Ukraine, Moldova, Georgia, Armenia, Azerbaijan, Turkmenistan, Uzbekistan, Kazakhstan, Tajikistan and Kyrgyzstan. According to Putin, the fighters from these states pose a real threat to Russia's security. Russian military action in Syria, he noted, aims to prevent them from returning home.

Meanwhile, the Russian president renewed his call for a wide investigation into the chemical attack by the Syrian regime against the civilians in Khan Shikhoun. More than 100 were killed in the attack and around 500 others, most of them children, were wounded.

Since September 2015, the Russian air force has been carrying out air strikes in Syria at the request of the Syrian regime's President Bashar Al-Assad. Opposition groups and independent monitors have said that the Russians have targeted civilians and public facilities on dozens of occasions.