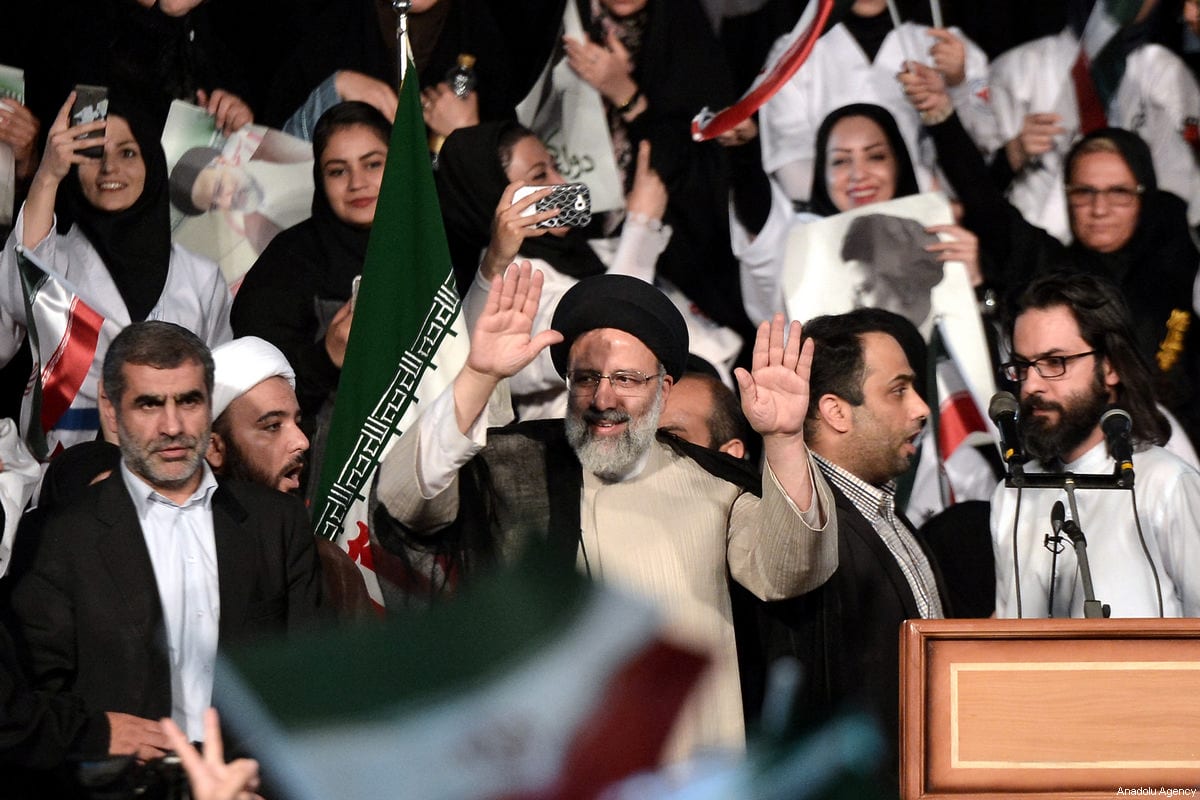 Iranian cleric and presidential candidate Ebrahim Raisi (C) gives a speech during a rally in Tehran, Iran on 29 April 2017 [Fatemeh Bahrami/Anadolu Agency]
May 3, 2017 at 12:55 pm

An influential Iranian clerical body threw its support behind presidential candidate Ebrahim Raisi yesterday, giving him a boost whilst dealing yet another blow by the conservative camp against incumbent Hassan Rouhani before the country's election on 19 May.

Raisi, a hardline cleric who served for years on Iran's judiciary and was responsible for sentencing thousands of political prisoners to death in 1988, is considered the main rival to President Hassan Rouhani, a pragmatist who is running for re-election.

Read: Iran's Khamenei says next president should be less engaged with West

The clerical association, commonly referred to as Jame Modarresin in Farsi, or the Teachers' Council, is a group of seminary teachers from the holy city of Qom and has a number of high-profile hardline clerics among its members.

A statement posted on the Council's website yesterday said that extensive discussions had taken place and that Raisi was chosen as the "best candidate."

Rouhani has pointed to the agreement signed with Western powers in 2015, which lifted a number of sanctions in exchange for curbs on the country's nuclear program, as his signature achievement. In particular, he says the deal gives Western companies an opening, which should improve the economy – a position that is anathema to conservative voters and rivals to Rouhani.

Raisi, who is thought to be the candidate favored by Supreme Leader Ayatollah Ali Khamenei, has blasted Rouhani's economic record in recent speeches and said that the country does not need foreign help.

Khamenei, the highest authority in Iran, has also criticised the Rouhani government's economic performance and called for more attention to be paid to unemployment.

About 3.2 million Iranians are jobless out of a total population of 80 million. Independent analysts say that 20 per cent of the working-age population are estimated to be unemployed.

Last year, Khamenei appointed Raisi as the head of a multi-billion dollar religious foundation, placing significant financial and economic powers into his hands, with some observers saying that Raisi is possibly being groomed as the next Supreme Leader once the ailing Khamenei passes away.