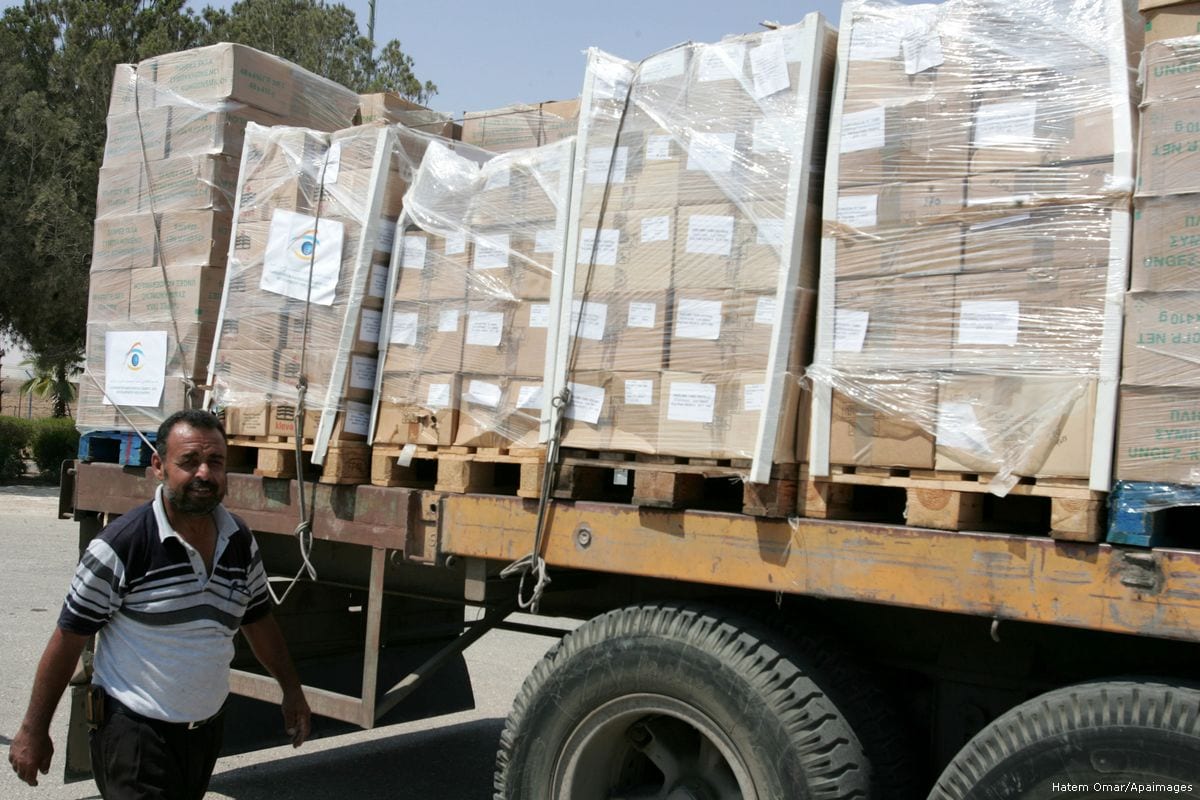 Algeria's Muslim Scholars' Association launched an aid convoy to the Gaza Strip on Sunday, Anadolu has reported. The humanitarian aid will be unloaded in Egypt's El-Arish before heading for the border crossing at Rafah.

According to association member Tihami Majory, this is the fourth such convoy that the largest independent organisation for Algerian scholars has sent to Gaza. He pointed out that preparations have been underway for two years, but the group "only received the green light from the Egyptian authorities two weeks ago."

According to Majory, the ship contains medical aid, household appliances and school kits donated from the people of Algeria. A delegation will travel to Egypt in order to receive the ship in El-Arish and supervise its unloading and the transfer of the aid to the besieged territory.

Read: Algeria commits to paying its share of the Palestinian Authority funds

Gaza is in urgent need for affordable water supplies to keep up with the need of its 1.8 million inhabitants, many of whom live in poverty [file photo]