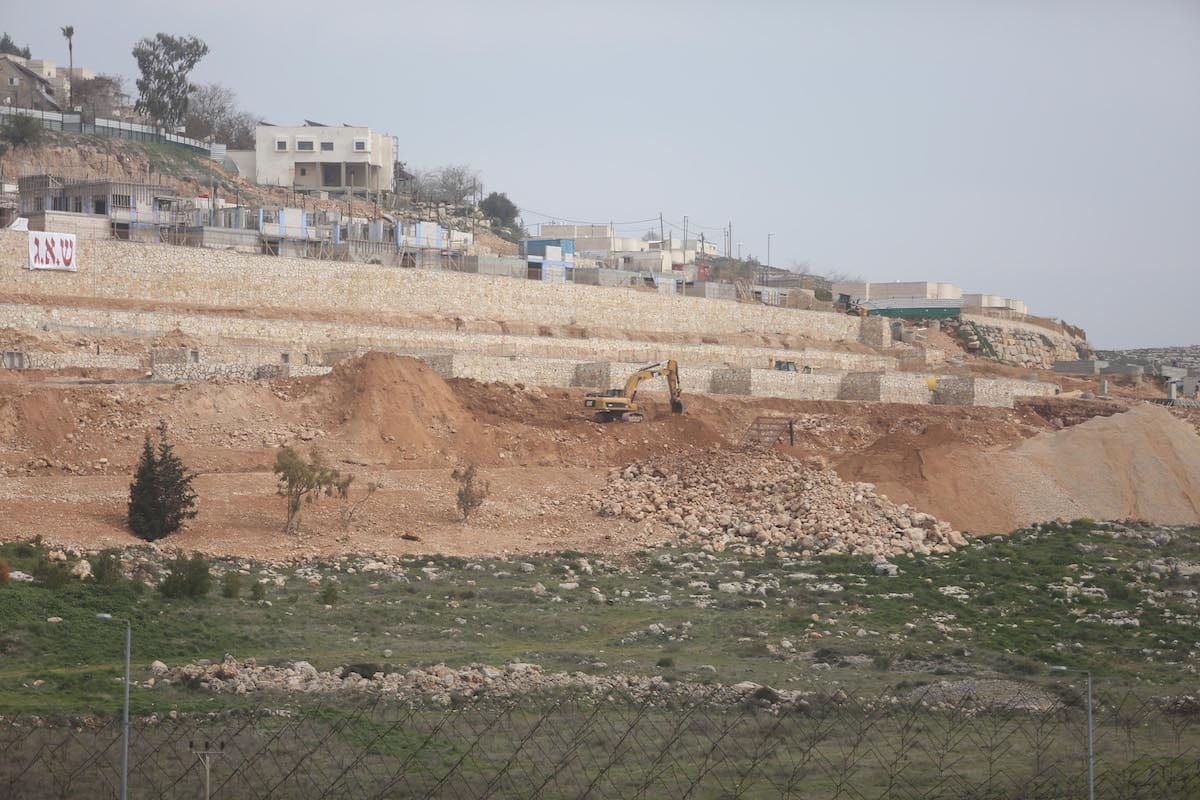 A picture taken on February 22, 2017 from a village of West Bank shows that the expanding construction works continue at Jewish settlement of Shilo [Issam Rimawi / Anadolu Agency]
August 4, 2017 at 2:50 pm

Israeli Prime Minister Benjamin Netanyahu on Wednesday laid the cornerstone for a new settlement compound in the Beitar Illit illegal settlement located in the south of the occupied West Bank's city of Bethlehem.

Speaking at a ceremony marking the start of the construction, Netanyahu hailed his government's continuous works on illegal settlements and serving settlers.

"No other government has worked for settlement like my government," he said, stressing that his government "is actively working" to achieve stability across the Israel.

The new settlement, he noted, will include over 1,000 units.

Beitar Illit is the second largest illegal Jewish settlement in the West Bank. It was built in 1990 as part of the Gush Etzion settlement bloc in the south of the West Bank, with nearly 50,000 residents.

During the ceremony, Netanyahu also promised to resume the work on the construction of the Amichai settlement, which is being built to accommodate the residents of the illegal outpost of Amona after they were evacuated from their homes.

Hours after Netanyahu's announcement, he Palestinian Authority (PA) slammed the Israeli move, describing it as "unlawful". It called on the international community to act to stop Israeli settlement activities.

Israel has been escalating its settlement activities in the West Bank disregarding the displacement of Palestinians as well as the Arab and international condemnation.

All Israeli settlements are illegal under international law as they are built on land stolen from the Palestinians. Such land is earmarked for a future Palestinian state.