Interview with Dr Ibrahim Al-Yazouri, a founder of Hamas 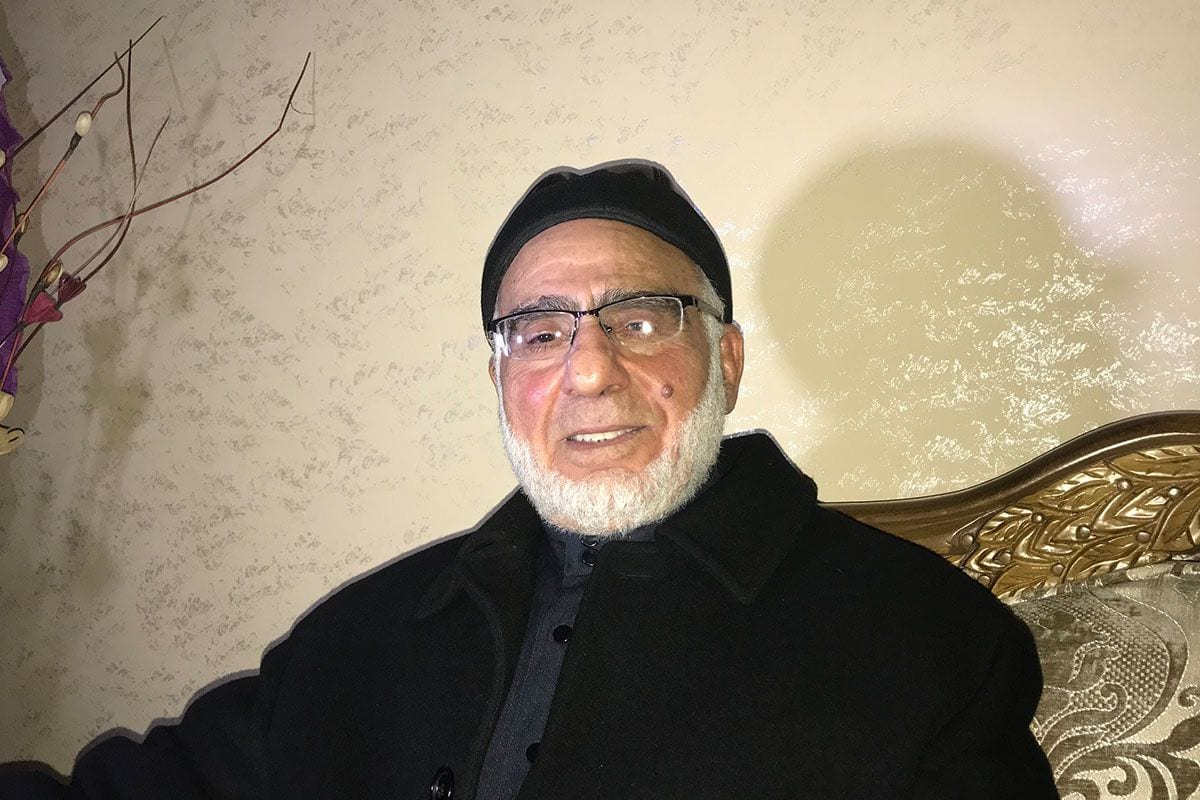 Dr Ibrahim Fares Al-Yazouri was born in the Palestinian village of Beit Daras in 1940. He fled from Zionist gangs to Ashdod with his family in 1948, and then to Al-Majdal before ending up in Khan Younis in the south of the Gaza Strip. Home became a tent in a refugee camp for the young Al-Yazouri, whose early education was in UN-run schools.

In 1960, he travelled to Egypt to study pharmacy. Once there, he joined the Muslim Brotherhood and became a senior member within five years. He was arrested twice while in Egypt. Once qualified, he moved to Gaza City, opened his own pharmacy and joined other Muslim Brotherhood members in the Egyptian-run enclave.

After the 1967 Six-Day War and the Israeli occupation of Gaza and Sinai, the Muslim Brotherhood in Palestine was separated from the parent body in Egypt and stood alone. The group started to make preparations for resisting the Israeli occupation. Twenty years later, in December 1987, Al-Yazouri and his colleagues were involved in a popular uprising — the First Intifada — and founded the Islamic Resistance Movement, known as Hamas.

Why was Hamas founded?

We established Hamas to fight the Israeli occupation, which invaded our country, Palestine, displaced us, demolished our villages and cities, massacred us and occupied our homes.

How did you establish the movement?

The roots go back to 1967, immediately after the end of the Six-Day War during which Israel occupied East Jerusalem, the West Bank, the Gaza Strip, Sinai and the Golan Heights. A group of us, the few Muslim Brotherhood members in Gaza, met and decided that we must do something to fight the occupation. Shaikh Ahmed Yassin suggested military action, but all of the others agreed to work on recruiting more people to the Muslim Brotherhood and preparing a popular base before starting any overt resistance action against the occupation.

Over time, Israel's violations and provocations against the Palestinian people in the newly-occupied territories increased, even after the announcement of the peace agreement with Egypt and the withdrawal from Sinai. The peak was when an Israeli truck driver ran over a number of Palestinian workers and killed four of them.

This incident caused a lot of anger among the Palestinian people and we felt that we were ready to start a popular uprising. We asked our members to encourage as many people as possible to take part in the funerals of the four workers and to stand up to the Israeli occupation forces, using stones and bottles if necessary. After a few days, we met at Shaikh Yassin's house and decided to declare ourselves to be the Islamic Resistance Movement. The first acronym was "Hams" which became Hamas, which means "enthusiasm". We issued our first statement, which was also the first statement about the uprising, which was known as the "Intifada of the Stones" or the "Intifada of the Mosques".

Did you have any relationship with the Muslim Brotherhood?

We did not have any organisational relationship with the Muslim Brotherhood in Egypt or anywhere else. We only had (and have) a kind of ideological relationship. Both of us are Islamic movements and consider any foreign occupation of an Islamic land as something to be fought and ended sooner or later. However, each one of us has our own means, depending on the geographical and political situations facing us.

Read: This is not national unity: Hamas and Fatah must transform to speak on behalf of Palestinians

What were your means and goals?

Our means were stones, tyres, strikes and a boycott of Israeli goods. Then, the means developed until we became a regional power that survived three major Israeli offensives aimed to delete us from the social and political equation. Our goals were and still are the elimination of the Israeli occupation and the return to our family land and homes, from where we were displaced.

Why do you fight Israel?

Because it occupied our land, killed many of us before, during and after the 1940s and expelled us from our homes.

Do you make a difference between the Israelis and Jews?

Yes, we do. The Israelis, or let me say the Zionists, are those who occupy our land and who violate our rights. Those who are still committing atrocities against us. The Jews are followers of a religion that we respect. We are not hostile to Jews per se, wherever they are, but we are hostile towards the Zionists, whether they are Jews or not, because of their attachment to Zionism, which is not Judaism.

If one day you have liberated Palestine, would you allow the Jews to live with you?

Of course, we would allow them to live with us even if there were millions of them. We do not have any problems with the Jews. If you look back at history, Jews lived relatively prosperous lives under Islamic rule whenever and wherever it was.

Read: Should we bid Hamas farewell?

Before the Zionist occupation of Palestine, a lot of Jews lived with the Palestinians in our land as they are now living with the Arabs and Muslims in other countries.

Has Hamas had any reconciliatory solution for the Palestine-Israel conflict?

Yes, we have. From the early days, Shaikh Yassin proposed a "hudna". a truce for a specific term which included a halt to hostilities and Israel pulling back to the 1967 borders, without conceding any of the rights of the Palestinians or recognising Israel.

What impact did the Oslo Accords have on Hamas?

Hamas does not recognise Oslo and its consequences. We consider it as a means to undermine the Palestinian resistance and abort the Palestinian Intifada. Nevertheless, when the Palestinian Authority was established and was handed some control over some parts of the occupied Palestinian territories, it fought against us and arrested most of our members but we decided not to respond, even though many of our members were tortured to death.

We raised the slogan that our guns are not aimed at any Palestinian, whoever he or she is. In 2007, a year after the election won by Hamas, we defended ourselves from being wiped out. When the Palestinian Authority found that it was too difficult to end our presence in Gaza, it left and became part of the Israeli siege.

What was the effect of the Israeli and the PA attacks on Hamas?

Just a couple of weeks after announcing the establishment of Hamas, all of the founders except Shaikh Yassin were arrested by the Israeli occupation forces. Two years later, when the occupation authorities found that Hamas had continued to grow, they arrested Shaikh Yassin and the new leadership. When Hamas developed from stones to knives to guns in the early 1990s, a large number of Hamas members were arrested and deported to Marj Al-Zohour in Southern Lebanon. 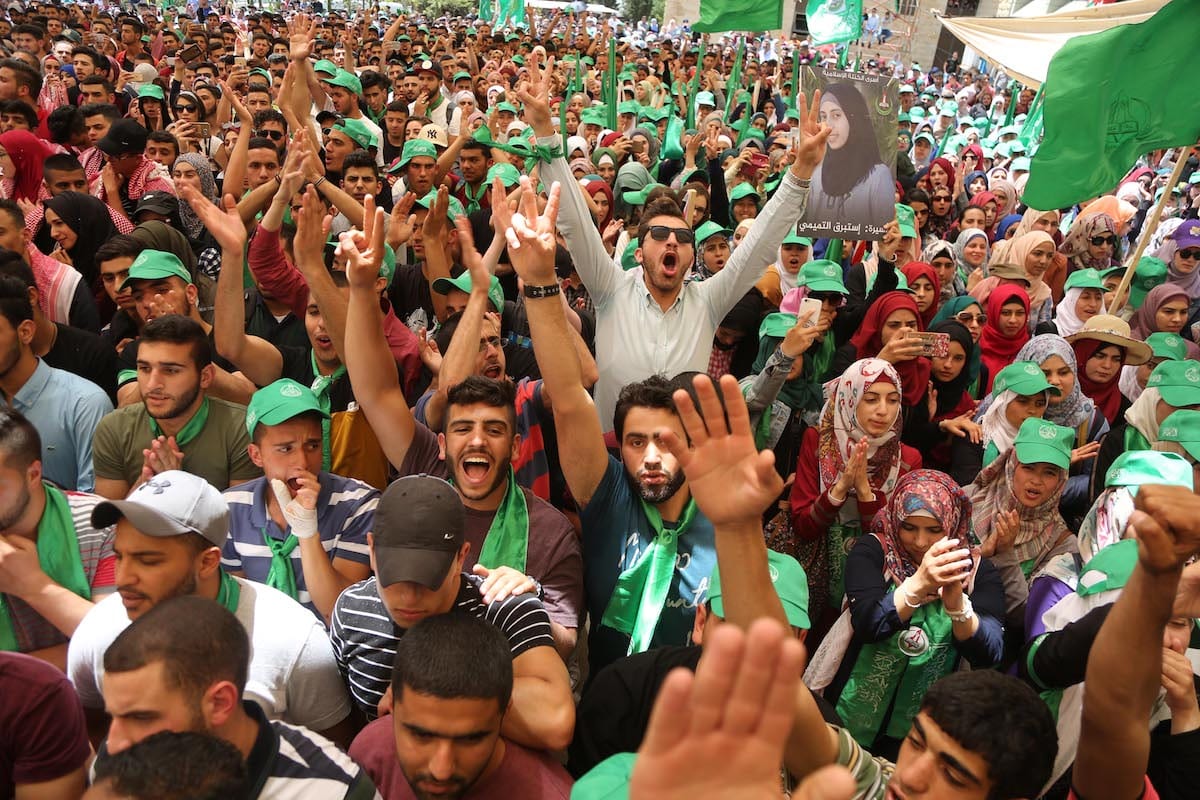 Palestinian Authority attacks were followed by Israel's murder of Hamas leaders, including Shaikh Yassin in 2003 and members of Al-Qassam Brigades, which had become the military wing of the movement.

Hamas survived all of these attacks and each time it attracted more members and supporters across Palestine and abroad. Now, we even have friends who are not Muslims all over the world. In some countries which support the Israeli occupation, our friends stand against their governments and call for them to adopt a fair solution for the Palestine-Israel conflict.

What about the martyrdom or suicide bombings, which damaged the movement's reputation?

Read: Hamas and the difficult questions

However, the Israeli occupation does not care about civilians. We do not use its combat rules. It is not just us, but also the rest of the world, who know that Israel was founded on the bodies of Palestinian civilians and that it has never stopped targeting civilians. Despite this, we do not follow its example in our resistance to its military occupation.

Today, as we have other effective resistance means, we do not use such bombings. It was a stage in our past and we have moved on.

Why did Hamas modify its charter?

We did not modify our charter. We only clarified some articles which were misunderstood, such as the one about fighting Jews. We made it clear that we understand the difference between Jews and Zionists. We rearranged our priorities to meet the current Palestinian interests and we highlighted the issue of the truce.

Which of your goals have you achieved after 30 years?

Hamas has kept the flame of resistance alight despite all of the Israeli, regional and international efforts to extinguish it. Hamas has preserved the struggle for Palestinian rights. Hamas provides hope in the hearts of those who have been forced out of their homes by Israel. Hamas focuses the eyes of the world on the Palestinian cause, not only with its military resistance, but also with its friends all over the world. Hamas has taught different Palestinian generations that the Zionists are occupiers of our lands and that they will never be friends. Hamas has taught the Palestinians that there is a difference between Zionists and Jews. Hamas has not changed and is sticking to its principles, which are the principles of all Palestinians. This is Hamas after 30 years.

Where is Hamas heading now?

Towards the liberation of Palestine and returning Palestinians to their land and homes.