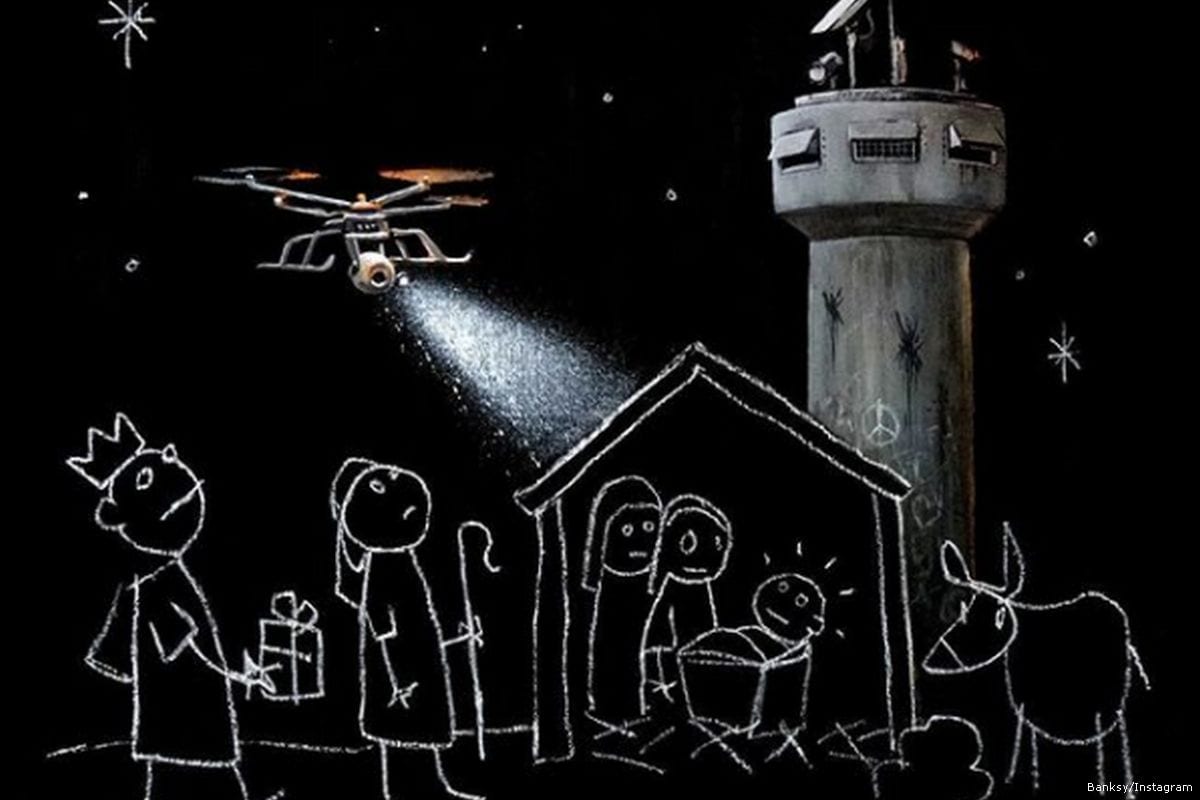 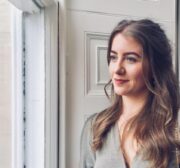 Dubbed as bringing a little festive cheer to Bethlehem, the place where Christmas was invented, Banksy's much anticipated documentary film, "Alternativity", was aired on BBC2 last night. Charting the journey of film director Danny Boyle and his local project partners as they set about realising Banky's version of a nativity play the programme combines familiar British Christmas fair with the rather less familiar reality of life under the gaze of a military watchtower.

The story begins when Danny Boyle, the internationally acclaimed director who brought us "Trainspotting" and "Slumdog Millionaire", arrives at Tel Aviv airport at the behest of Banksy. Greeted by Wisam Salsaa, the manager of Banksy's The Walled Off Hotel, Boyle reflects that the closest he has been to Israel-Palestine, or indeed the Middle East, is probably Mallorca. Staring out of his hotel window (The Walled Off advertises itself as offering the worst view in the world) the starkness of the separation barrier is quickly driven home. Likening it to nails in the ground, crude and brutal, it is clear that Boyle is only just beginning to understand the scope of the challenge at hand.

With Banksy present only in concept – through mysterious letters, hand-drawn storyboards of what he envisions his Alternativity to look like and phone calls to hotel manager Salsaa – Boyle must recruit a co-director to manage the daily tasks of putting on a children's play. Salsaa suggests Riham Isaac, a local drama teacher. At first visibly underwhelmed by the offer of collaboration, Isaac explains that while she knows and likes Banksy's work, when the hotel was first opened she and many others were somewhat sceptical of the surface level exposure that tourism brings, without really changing anything on the ground.

Attempting to navigate this precarious balance, Boyle sets out to create an Alternativity that speaks for itself. Seeing the themes of journey and travel as inherent in the traditional nativity, Boyle tries to keep the Alternativity as close to the original as possible. Believing that imposing his own story upon a space where movement is so often restricted would be patronising, Boyle shows self-awareness of his position as an outsider looking in on a daily reality that he and his viewers alike can never fully appreciate.

While the programme is at times simplistic in its explanations of historical background and political interpretation to cater to its mainstream audience and Sunday evening viewing slot, this lack of didactic style should not detract from what Boyle and Banksy, Isaac and Salsaa set out to do in producing the Alternativity – to bring a human story to a city that lives in the shadow of a dehumanising symbol of occupation, conflict and division.

The children who star in the Alternativity proudly show the film crew around their homes as they introduce mothers, aunts and baby sisters to the outside world. Elisa, a willowy teenager with a beautiful and pure singing voice, astounds everyone at the first rehearsal as she sings of the birth of baby Jesus and bashfully tells the camera that she would love to play the role of Mary. Sofia, the soon-to-be nativity sheep, continues with rehearsals despite the arrest of her father on suspicion of leading the Popular Front for the Liberation of Palestine (PFLP) in the Dheisheh camp just south of Bethlehem.

As the date of the performance grows near, Salsaa works tirelessly to deliver on one of Banksy's key requests – that it snow in Bethlehem on the date of the Alternativity. He decides to blend polystyrene to a fine white pulp which will be blown from the balcony of the hotel; the image of parents and children, friends and visitors being showered with snow as they watch the performance is a simple and heart-warming end to the story. The narrator's quip that "Jesus was born here to bring peace to all mankind, but let's just say he's still working on that" seems apt for an Alternativity set in a space so often devoid of peace but where daily life continues none the less.