Israel is damaged by its own Zionism

A protest against Zionism [File photo] 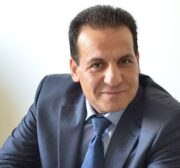 Israel is working to manifest their victory in the form of more oppression against the Palestinians – confiscating more of their land, and expanding their Zionist project.

Yet despite the image of a victor that Israel is trying to convey, it is hiding a real dilemma based on Zionist ideology. Zionism, in its capacity as the foundation of the State of Israel, suffers from a problem that worsens day by day and is evident in Israel's inability to transform itself into a normal state in the region and the world. This problem is not new, but has affected the state throughout its entire history.

Israel is unable to determine its future and unable to turn into a normal state in the region by means of achieving the minimum level of peace. This could be achieved by recognising the rights of the Palestinians, which constitutes the basis of this transformation. This is why Israel has spent the past 25 years derailing the negotiation process.

Since its inception the Zionist project has constituted an aggressive attack on the region. The Zionist movement, in cooperation with Britain, chose Palestine as the place to implement its project of building a national homeland for Jewish people at the expense of the Palestinian people. Although the number of Jews did not amount to even a third of the population in Palestine in 1947, they received more than 56 per cent of Palestine as part of the UN Partition Plan in 1947.

Given the accelerated political developments in the UN that followed that year, and later, the Zionist Organisation established a national council that acted as a parliament for the future Zionist state and a national administration that acted as the future state's government. David Ben-Gurion headed both of these organisations.

By 1948 and the end of the British Mandate Zionist gangs were ready to implement their plans by expelling Palestinians by means of massacres and attacks. The Zionist project revealed itself as an expulsive and racist settlement project. The 1948 war resulted in the Zionist forces controlling 76 per cent of historical Palestine.

The 27th Zionist conference in June 1968 put an end to this conflict. In previous conferences the conflicting concepts of the two sides were presented in various forms. On one hand the organisation stressed the need to restore its vitality, which had been lost with the establishment of Israel, noting the importance of the continuation and prosperity of Jews in exile in order to form a "protective shield for Israel and to nurture Israel from abroad". This was part of a comprehensive goal of ensuring the survival of the Jewish people.

On the other hand, Israel insisted that the main cause of the Zionist Organisation was to strengthen Israel by migrating to it, not only providing it with funds. They stated that this was enough to guarantee the survival of the Jewish people around the world. The 27th conference in 1968 settled this conflict based on the centrality of Israel when its programme stated that "the goal of Zionism is the unity of the Jewish people, the centrality of Israel, gathering the Jewish people in their historical homeland by means of migrating to it from across the world, strengthening Israel, which is founded on the example of the prophets in justice and peace, preserving the authenticity of the Jewish people by developing Jewish education, the Hebrew language, and spreading the Jewish spiritual and cultural values".

In the 1960s a new opinion emerged in Israel that tried to reconsider Zionism and the nature of Israel. Israeli writer Uri Avnery expressed this view early on: "With the independence of Israel, the Zionist movement died a natural death and is living a fake life". He believed that Zionism reached the end of the road, as an international migration movement to Israel, and that one must reconsider the Zionist ideology. This trend that was opposed to the Zionism of the state began to grow since them, albeit slowly. In the nineties the post-Zionism movement was born which revisited the myths based on which Israel was established and looks into the official Israeli narrative of the history of the conflict, but it remained a marginal and academic trend.

US recognition a major step for the Zionist Project

If the establishment of Israel was truly the embodiment of the Zionist project, then it is also true that this embodiment was not a complete achievement of the movement's ambitions. This is why there are some in Israel who believe that the Zionist project must still be completed, as called for by the nationalist right wing in Israel. Despite achieving the important objective of establishing the state of Israel, Zionism failed to achieve the goal of fathering all the Jews in Israel, and also failed to make Israel the most comfortable, safe, and happy place for them.

Furthermore, establishing Israel was covered by international legitimacy by the Partition Plan of 1947. International conditions allowed for this at the time, thus legislating the establishment of the state. However, the expansion that occurred after 1967 was not legislated and it does not seem possible at this time, despite all of the efforts and attempts by Israel and the US. Hence, Israel's occupation of the West Bank and Gaza remained illegitimate, from an international point of view. Jews seeking to emigrate from any country no longer see Israel as one of its priorities. The main concern for Israel is the decline in the number of Jews in the world.

Zionism was established in connection to solving the "Jewish problem" in order to save the Jews from their suffering. Now, the suffering of the Jews has become a painful memory, as their situation in many countries is better than their situation in Israel itself. Zionism has brought disasters to the region through aggression and racism. The ideal condition for achieving peace in the region is for Jews to live a normal life in the region by abandoning the Zionism of Israel. However, this is what Israel has failed to reach a decision on.

This piece was first published in Arabic in Al-Araby Al-Jadeed on 18 December 2017.