Turkey to build field hospital for Rohingya in Bangladesh 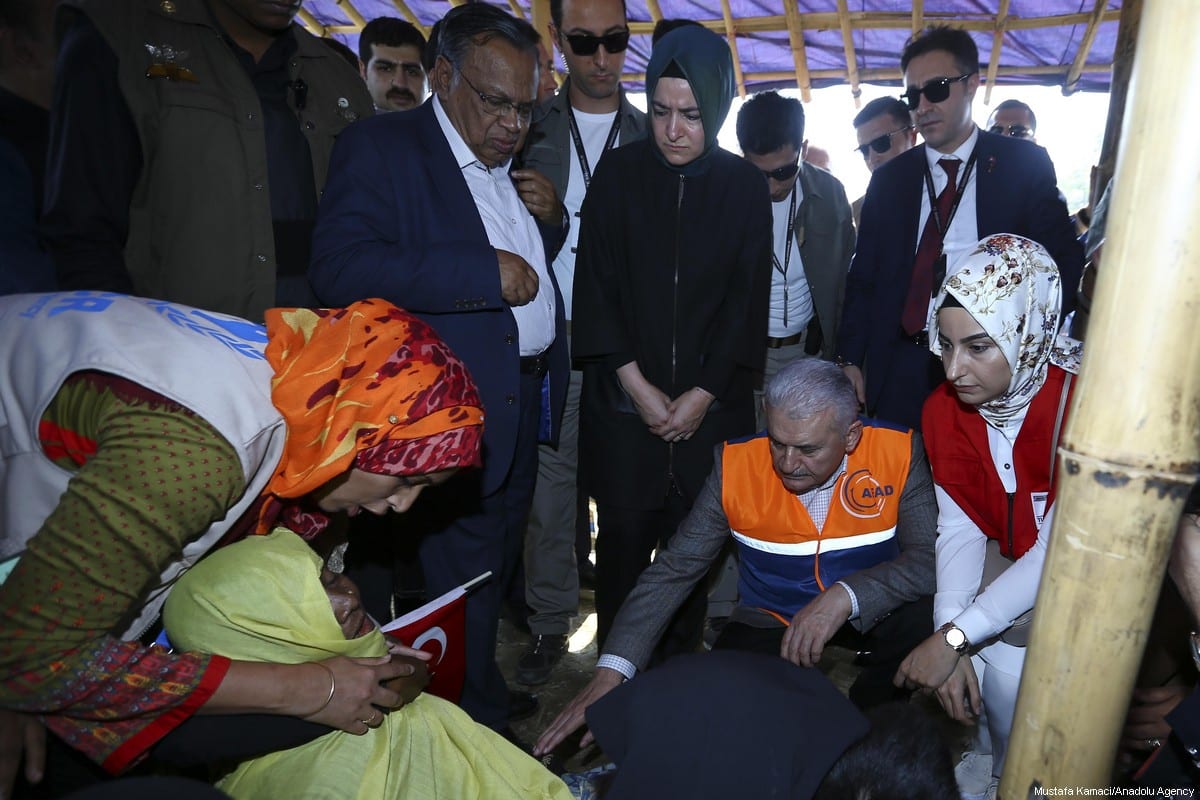 Turkey will build a field hospital for Rohingya refugees near the city of Cox's Bazar in Bangladesh.

Turkey's Disaster and Emergency Management Authority (AFAD) will be responsible for the construction of the hospital.

Expected to become a shelter for Rohingya refugees, the field hospital will provide its services both to those who have arrived to the area with ailments or those who have got sick after their arrival.

The hospital covers an area of ​​about 1,000 square metres and consists of eight separate tents with a capacity of 50 beds. It will include an intensive care unit, a maternity ward, a general surgery section, paediatric and orthopaedic departments and a laboratory.

The construction process is expected to be completed by the end of this month.

Read: #SolidarityWithKarim: The Syrian baby without an eye

Turkish Prime Minister, Binali Yildirim, is expected to visit the site of the hospital today during his tour of the Rohingya refugee camps in the area.

Yildirim arrived in Bangladesh on Monday on a two-day visit.

According to the UN data, thousands of Rohingya Muslims have been killed and some 826,000 have fled to Bangladesh.