'What happened in Jerusalem will spread to Makkah,' says Father Musallam 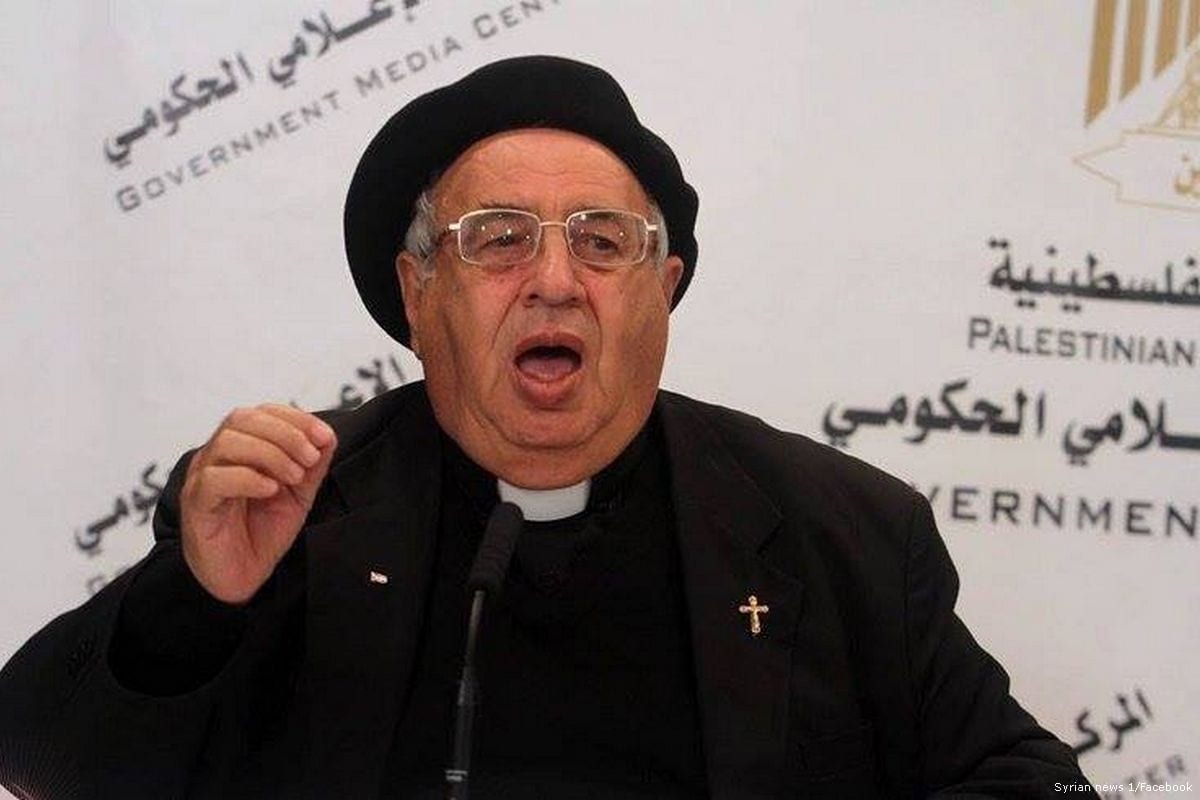 A member of the Christian-Islamic Committee in support of Jerusalem and the Holy Places, Father Manuel Musallam, has warned that what has happened in Jerusalem will spread to Makkah.

Speaking to Al Jazeera, Father Musallam has also warned that what happened in the holy city of Jerusalem will lead to a religious war, because Al-Aqsa Mosque will eventually fall down due to all the excavations Israel carries out underneath it.

"We call on the world to stop the religious expansion of Israel. We reject religious war, but if the war was imposed on us, we as Christians will stand with our Muslim brothers to resist this Zionist-Christian fundamentalist attack against Jerusalem and the holy Al-Aqsa Mosque."

He called on Muslim countries to provide the Palestinians with weapons to resist this attack.

He has also described the decision by US President Donald Trump to recognise Jerusalem as the capital of Israel as "a war against Palestine and its people and Jerusalem directly" adding that Trump's decision is a grave mistake.

"There is a missing link between the Palestinian people and their leadership," he added. "The leadership is in one world and the people are in another world."

"Describing Jerusalem as Muslim or Christian is incorrect. We as Palestinians want Jerusalem to be Arab because it is Arab," he added.