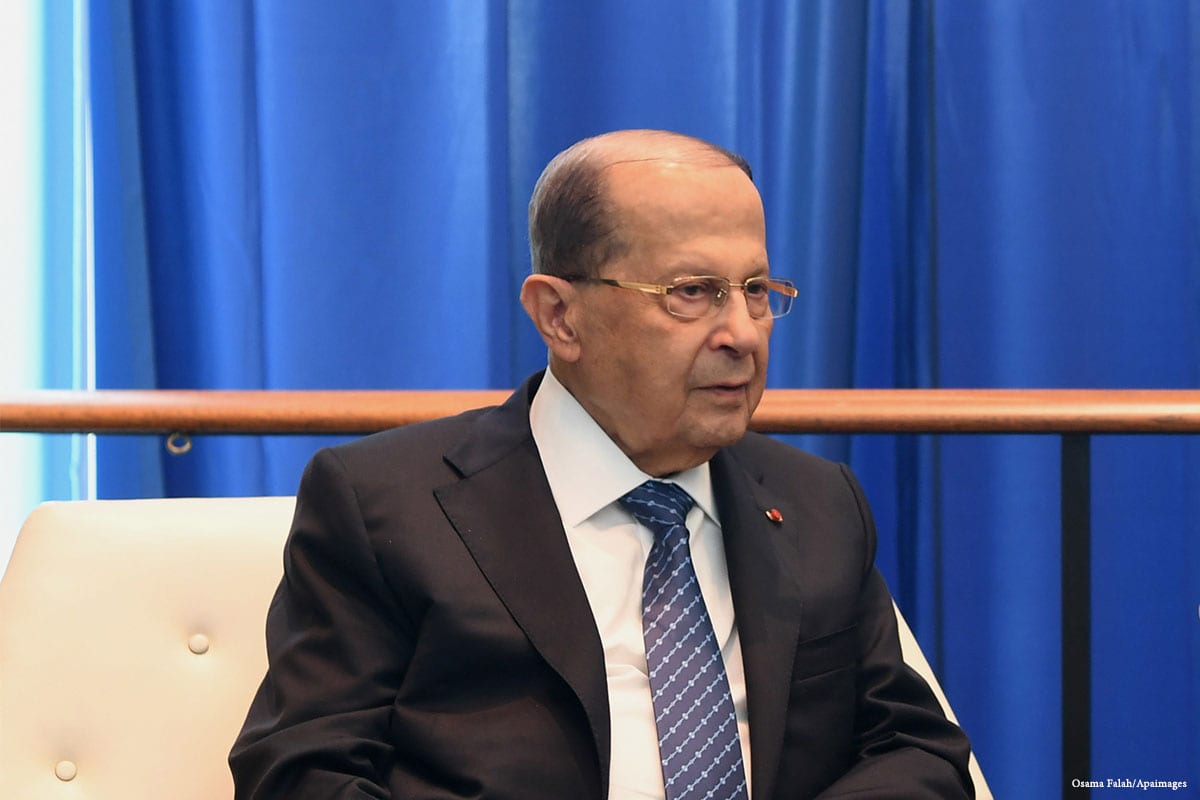 Lebanese President Michel Aoun yesterday vowed to use all diplomatic means to counter Israel's claims of ownership of an offshore oil and gas field known as Block 9.

The Lebanese president stressed Lebanon's right to "defend its sovereignty and territorial integrity by all means available" and called to "pay attention to what the Israeli enemy is waging against Lebanon, especially since there are those who work at home and abroad to create climates that are consistent with the Israeli threats to attack Lebanon and its right to invest in its oil and gas resources."

On Wednesday, Lebanon issued an offshore oil and gas exploration tender in Block 9 which borders Israeli waters. In response, Israeli Defence Minister Avigdor Lieberman said: "When they issue a tender on a gas field, including Block 9, which by any standard is ours … this is very, very challenging and provocative conduct here."

Aoun warned in a statement of "the seriousness of statements issued by Israeli Defence Minister Avigdor Lieberman on Block 9."

In December, the Lebanese government gave licenses to an international consortium led by France's Total, Italy's ENI and Russia's Novatek to move forward with offshore oil and gas development for two of five blocks in the Mediterranean Sea, including Block 9.

Lebanon, Cyprus, Israel and Egypt are located above the Levant Basin in the eastern Mediterranean where a number of sub-Sea gas fields were discovered in 2009.