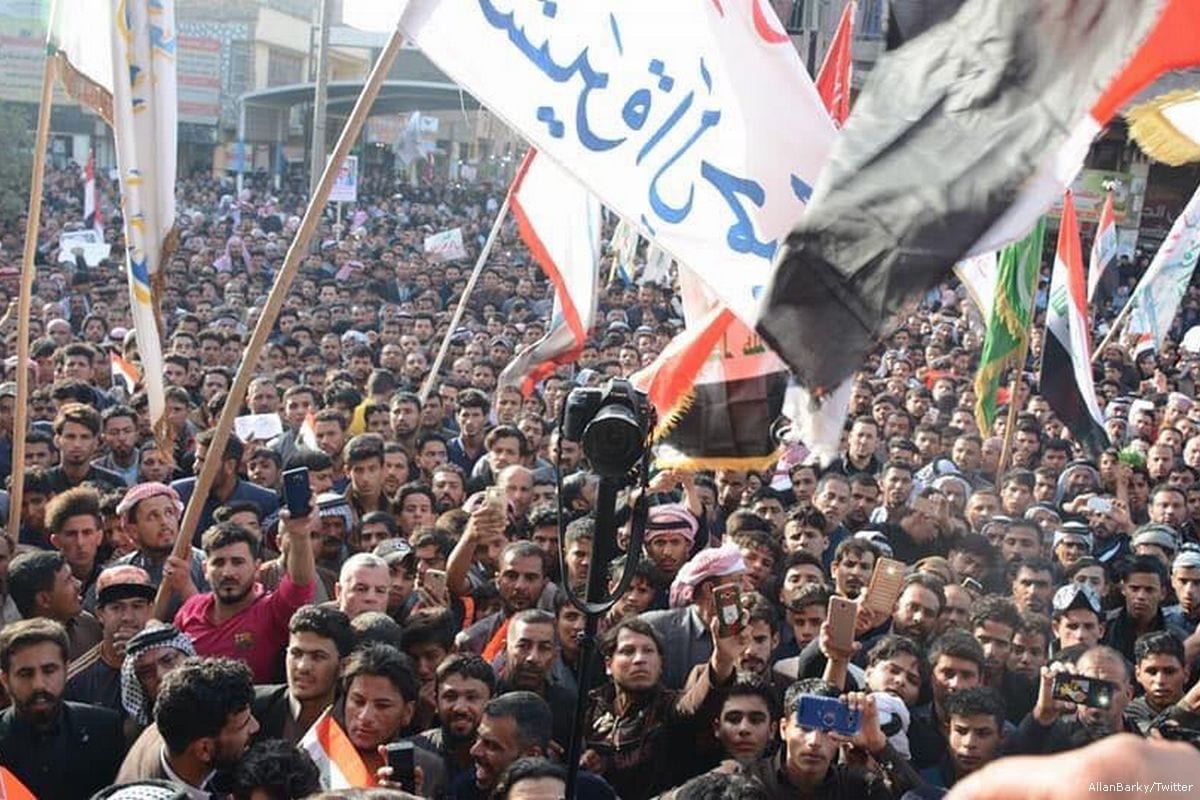 Iraq's southern province of Muthanna has been up in arms over the arrest of local celebrity dissident Basim Khazaal Khashan last Wednesday. An electrifying display of solidarity spilled onto the streets of Samawah, Amara and other cities, outraged by Khashan's wrongful imprisonment and the erroneous application of Iraq's Penal Code. He stands accused of defamation, at least from the perspective of local officials adjudged by the activist to be guilty of corruption and vote-rigging.

"A total of 320 cases of corruption were submitted to local and federal courts" by Khashan, with evidence uncovered after establishing his NGO Eyes on the Law, a local tribesman told local TV station, Al Kubra.

Among his peers and local society figures, Khashan is celebrated, praised for both his reputation and integrity. The prevailing double standards used to generate his sentence are unquestionably viewed as a perversion of justice and power. A "backhanded insult to the people" was one tribal elder's description of the situation.

In an interview on NRT TV, Khashan explained that in "adopting the legal path" he actually won several cases. Embezzled funds were returned to his province and some corrupt provincial employees, including the Director General of the Ministry of Health, were sacked. "I personally supplied a 100 page report to [Iraqi Prime Minister] Mr Abadi," he noted, "collating dangerous information on numerous cases."

Findings that Khashan has unearthed have also been used as evidence in past parliamentary sessions. Majida Al-Tamimi MP both praised Khashan's fact finding efforts and used them to support the conclusion that local provincial council elections in which Khashan stood were rigged. Three months of extensive investigations leafing through registration forms revealed a discrepancy in the numbers, "meaning that some forms have been replaced," she told parliament.

Read: Lest the blood of the Iraqis be shed in vain

The unravelling saga stands out as a textbook example of what happens when those in power fear grassroots activism. Khashan's ability to strip officials of unfulfilled job titles and constituencies is felt widely. "Basim struck fear in the hearts of the corrupt, after they stole the people's money only to lie comfortably in their beds," said one protest banner alongside his photograph. "Is this your war on corruption?" wrote Civil Democratic Alliance MP Shirouk Abaychi in defence of Khashan's citizen-led activism.

Unable to unearth incriminating evidence against him, comments were plucked from his NGO's official Facebook page, twisted and then used against him in court. "Our information is left cooking on a low heat," he wrote in reference to uncovered evidence. Interpreted as insults against institutions of the state, his honest words have cost him a 6-year prison sentence.

Outrage in Muthanna has also been slow burning, with one tribesman warning that this is only the beginning. Meanwhile, local activists and lawyers are mobilising to repeal the court's decision, the head of Muthanna's Bar Association, Saleh Absawi, told AFP.

As more protests crystallise the state has resorted to repressive tactics and violent crowd dispersal methods, including the use of tear gas. A video recorded on the day that Khashan's verdict was made public, shows clashes between local tribes in Samawah and security forces.

"The corrupt thrive while the innocent languish behind bars" was a message that echoed repeatedly across cities where protests were staged. Crowds of protesters chanted "selmiya, selmiya", meaning "peaceful demonstration".

Further protests have been promised. It appears that the Iraqi street is not prepared to let-up until Basim Khazaal Khashan is allowed to walk out as a free man.