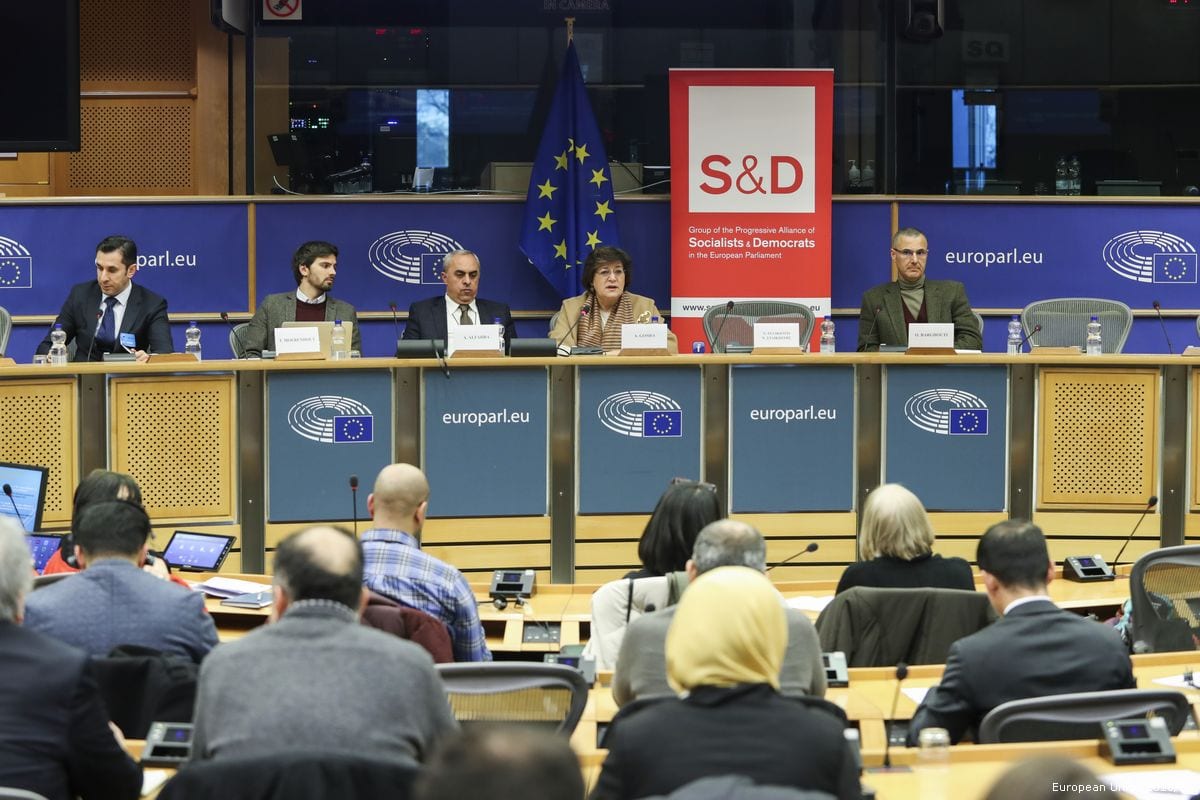 Omar Barghouti, human rights defender and co-founder of the Palestinian-led Boycott, Divestment and Sanctions (BDS) movement, spoke at the European Parliament yesterday, despite the best efforts by pro-Israel advocacy groups to prevent him from doing so.

Barghouti was a guest speaker at a panel event on "The Israeli Settlements in Palestine and the European Union", organised and hosted by Portuguese MEP Ana Gomes, part of the Socialists and Democrats Group in the European Parliament.

Among those in attendance were Danish MP Margrete Auken, who tweeted that Barghouti addressed "the impact of illegal Israeli settlements and #EU passivity", adding: "EU must act in respect to international law".

Ahead of yesterday's meeting, a number of pro-Israel groups had written a letter to European Parliament President Antonio Tajani, claiming that Barghouti, and the BDS movement, are guilty of "anti-Semitic" statements and objectives respectively.

Read: Israel moves to create punitive 'blacklist' of citizens who back BDS

Even Israeli opposition politician Isaac Herzog joined in the effort, urging Gomes to rescind the invitation to Barghouti; the former Labour leader claimed that boycotting settlement produce only hurts Palestinian employees, a familiar talking point recently refuted by the OCHRC.

Some of those who had lobbied for Barghouti's views to be censored still came to the event, with the American Jewish Committee Transatlantic Institute tweeting: "Outrageous: BDS founder Omar Barghouti…accuses Israel of 'apartheid', makes case for boycotting Israeli banks, sanctions."

In 2016, Amnesty International expressed concern "for the safety and liberty of Palestinian human rights defender Omar Barghouti", in light of threats made by Israeli ministers.

Barghouti, Amnesty noted, "campaigns to hold Israel accountable for human rights and other international law violations and advocates for the use of non-violent means in doing so."