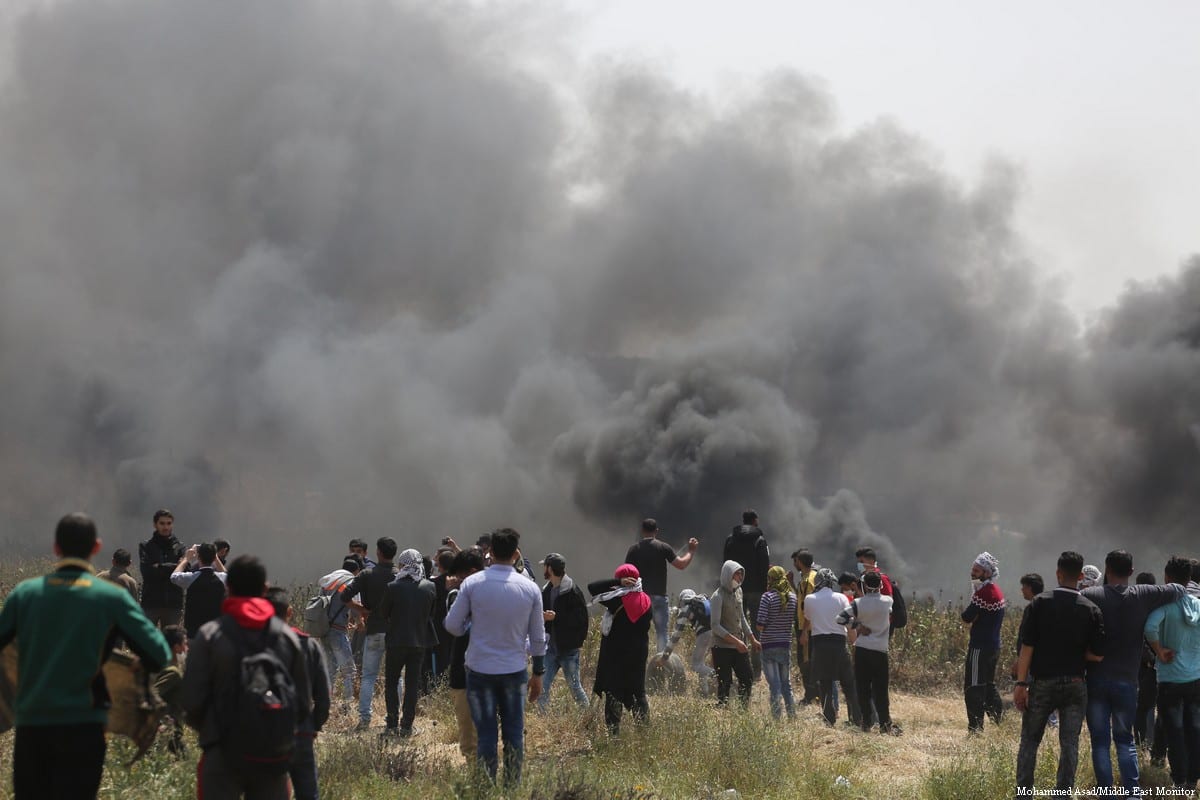 While Palestinians are investing their time and, in some cases, life and limb to assert their right of return to historic Palestine, the head of the Ramallah-based Palestinian Authority, Mahmoud Abbas, remains committed to colonial collaboration and vestiges of power.

Unsurprisingly, the PA has barely recognised the legitimacy of the Great Return March, let alone declared its own allegiance to the Palestinian people. One recalls Abbas forfeiting his right to return to his birthplace in 2012: "It's my right to see it, but not to live there," he declared, with reference to Safed, which is now inside Israel. The Times of Israel's report of his claim added that if Abbas's comments were "applied to all Palestinian refugees and descendants, it would represent a dramatic shift in Palestinian policy."

While Abbas cannot overrule the Palestinian right of return — it is an individual right, not collective — he can exploit his borrowed political power to thwart it. On Monday, Palinfo reported that the PA President was once again requesting a complete hand over of control from Hamas in Gaza. Refusal to comply would result in new sanctions inflicted by the PA upon the enclave. "The PA will no longer be responsible for what happens in the Gaza Strip," he insisted.

Abbas is exhibiting dependency upon events which he removes from their historical and current context to fit his oppressive narrative for Gaza. The Palestinians' refusal to surrender their resistance is a major source of contention for their supposed President, who seeks to establish political processes in Gaza similar to those of the occupied West Bank founded on submission and collaboration. However, Gaza has been lacerated too many times to fall for the veneer of West Bank (for which read the Ramallah bubble) normality which is promoted falsely in attempts to elicit differences between the territories. The narratives of oppression, albeit different, are also common for all Palestinians, no matter where they are corralled. In seeking to extract issues in order to argue the case for his authoritarian control, Abbas is contributing to a unified Palestinian front against his tactics, thus isolating his grip on power into one based upon delusion, albeit one that still has the potential to destroy lives.

Read: 105 injured people at the March of Return are in a critical condition

The Great Return March has diminished Abbas's visibility to the point that coercion has become the only way for him to assert his presence. As happened with recent collective mobilisation, such as the Palestinian prisoners' hunger strike in Israeli jails, the people on the ground are moving away from the political manoeuvring that continues to deny them their rights. Instead, they are seeking to define their rights by connecting to their history. The right of return is not just about popular protest or, as Abbas fears, how popular protest can provide the foundations for future, collective armed resistance, which is a legitimate right for Palestinians and can also prove detrimental to Abbas in the occupied West Bank. It is a right enshrined in international law which the very institutions meant to uphold the law, as well as the PA, have treated as simply yet another piece of historical memorabilia.

If Abbas thinks that Palestinians will create spaces for his contempt to take root, he is mistaken. In recent years, they have shifted their focus to rights as opposed to factional allegiances which have not delivered upon national aspirations. Likewise, cloistering the Great Return March only into action against Israel is misleading. Israel's inception required extensive and permanent collaboration, which in turn sought to distance the right of return from the Palestinian people. The PA is one of those mechanisms which ridiculed this right.

In the context of Palestinians' political isolation, the Great Return March, while capable of being symbolic at the borders, is of greater importance than the scenes available for all to see on social media and upon which conceptions are easily formed. Hence, the PA's punitive measures may feature again, but the protests at the border are only a fragment of what can follow, if Palestinians can persevere in their unity and resistance. His imposition of yet more punitive measures on the Palestinians in the Gaza Strip serves no other purpose than to expose Mahmoud Abbas's contempt for the resilience of the people as demonstrated by the ongoing protests.