Saeb Erekat blasts US envoy in letter to foreign diplomats 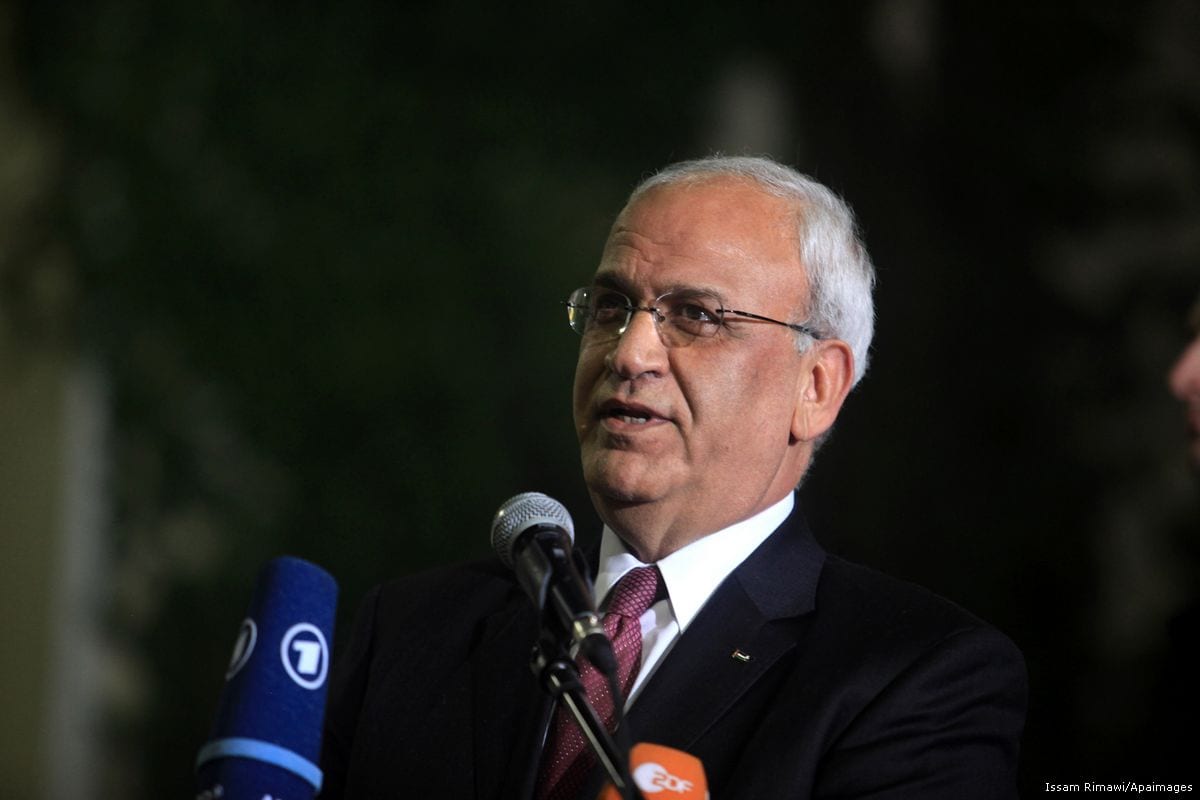 According to the report in Haaretz, Erekat "also urged the diplomats to back the Palestinians at the United Nations and other international agencies, including the International Criminal Court."

Erekat claimed that Greenblatt, whom he has met a number of times, has "assumed the role of spokesperson of the Israeli authorities" and "consistently repeated Israeli talking points".

An example cited was the American official's recent attack on Palestinian protests in the Gaza Strip.

The veteran Palestinian negotiator also reiterated that Washington is not being considered an honest broker in the peace process.

It is clear that those who do not consider that the lives of Palestinians and Israelis are of equal value cannot possibly promote any plan that will be remotely close to a just and lasting peace.

"Rather, the Trump Administration continues to adopt Israeli positions."

An unnamed Palestinian Authority official told Haaretz that the letter is "intended to persuade the diplomatic corps, especially European diplomats, that nothing can be expected of the Trump Administration, so there's no point in waiting for it to unveil its peace plan before formulating a position on the steps the PA is planning in international institutions."

"We keep hearing, 'Let's wait for Trump's plan'," the official said. "But in light of positions like those Greenblatt has voiced, there's nothing to wait for."