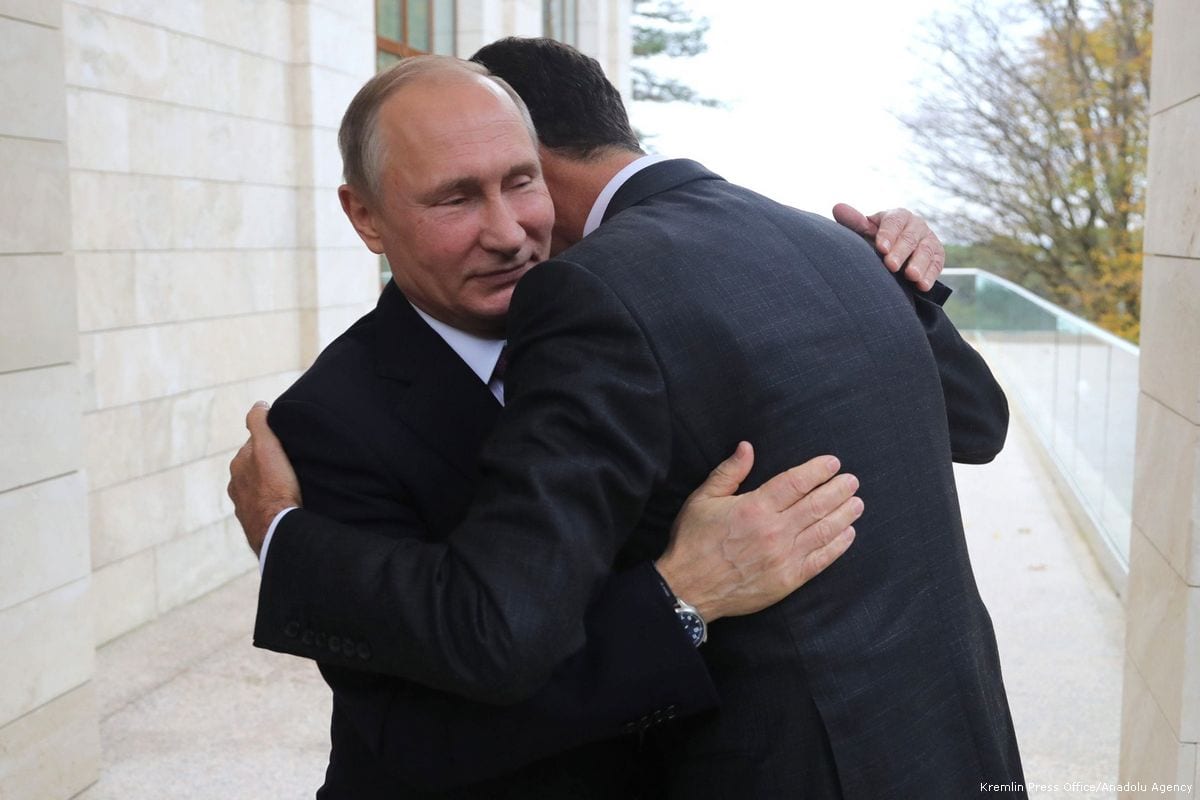 The US-led strikes on Syria may be over, at least for now, but the war that produced them – as well as the wider international confrontations that fueled it – is only getting more complex.

In the early hours of Tuesday morning, Syrian media reported a second suspected Israeli air strike within the country in little more than a week. In the West, speculation continued as to how Russia – which promised "consequences" for the weekend's US, French and British launch of 105 missiles against chemical weapons plants in Syria – might respond, with Western officials particularly nervous about whether Moscow was planning any cyber attacks.

Western states and their Gulf allies, meanwhile, are still struggling to hammer out their next steps. President Donald Trump is sending contradictory messages, saying that he wants to withdraw US troops from Syria, but also promising to continue actions to stop the use of chemical weapons by the Bashar al-Assad regime. (Adding to the confusion: French President Emmanuel Macron's backing off of claims that he persuaded Trump to keep US forces in Syria.)

The murkiness continues on wider Russia policy too, with the White House debunking earlier talk by Nikki Haley, the US ambassador to the United Nations, about plans for a new round of sanctions against Moscow.

Read: White House says Trump still wants US troops out of Syria as soon as possible

All this points to a larger and increasingly awkward reality for Washington. In some respects, the strikes were a potent reminder of the reach and scope of US military power – as was Russia's apparent reluctance to make good on its threats to intercept missiles or strike back against the ships and planes that fired them. Even if the latest strikes do successfully deter Assad from using chemical weapons again, however, they do nothing to stop the broader balance of geopolitical power shifting away from the United States in the Middle East and beyond.

On the ground in Syria, Assad continues to entrench his power, with conventional government air strikes continuing over the weekend as rebel groups fell back in key areas. Israel, Iran and Turkey continue to fight their own respective proxy wars within the country with ever greater force. Tuesday brought new reports that Washington now wishes to replace the approximately 2,000 US troops in Syria with Arab forces, a sign that the Trump administration may be resigned to delegating regional decision-making to local powers.

In striking Syria, Washington demonstrated that it still remains the dominant military force in the Mediterranean – at least when it chooses to ramp up its forces. Stepped-up Russian and Chinese activity in other regions, however, means US power is increasingly spread thin. As the US Navy moved one aircraft carrier to the Mediterranean to face Russia and Syria, China was conducting its largest naval military exercises to date in the South China Sea.

These were followed this week by China's live fire drills in the Taiwan Strait, a move seen as a naked attempt to intimidate Beijing's potential foes – and US allies – in the region.

For all their global ambitions, Moscow and Beijing remain keenly focused on their own immediate backyards in Eastern Europe and Asia, deliberately designing their militaries to be able to push back against more limited US forces in those areas. Smaller US foes such as Iran and North Korea are making similar judgments. They will have been reminded this weekend that Washington retains the ability to inflict quick one-off damage should they do so, but their main focus remains deterring the United States from considering actions aimed at wider regime change.

Indeed, what is perhaps most striking about the most recent Syria face-off is how little discussion there appears to have been in Washington of stepping up wider action against Assad. Beyond enforcing the often-mentioned "red lines" over chemical weapons usage, there is no longer any real appetite for attempting to oust Syria's leader, particularly after the problems left behind by the ousting of Saddam Hussein in Iraq.

Washington's enemies, meanwhile – particularly Russia's President Vladimir Putin – continue to use these confrontations to try out new techniques for frustrating the United States. Last week saw Moscow reportedly blocking GPS signals over parts of Syria, thereby interfering with the activities of US drones. More broadly, Russia's information warfare activities have also been stepped up, spreading division in the West. Rather than shoot down US missiles, Russia appears to have simply decided to say it had done so, further muddying the waters of already fraught international discourse.

Many of these trends have been a long time coming – and any US administration would have had a tough time managing them. Trump's team finds itself facing a world more chaotic – and adversaries more confident and innovative – than anything the Obama administration imagined even two years ago.

Still, it's difficult not to conclude that the idiosyncratic nature of the Trump presidency may make managing this more difficult. That may become even more true with Chief of Staff John Kelly reportedly sidelined and the president preoccupied with prosecutor Robert Mueller's Russia probe.

To an extent, the weekend Syria strikes were little more than highly ritualized theater, a largely bloodless exercise in the United States enforcing red lines and standing up to Russian intimidation. That it was managed without inflicting major casualties on any side is in some respects reassuring, but there will be more crises like this to come – and some may prove much more dangerous.