UN official: Israel crackdown on Gaza protests is 'crisis on top of a catastrophe' 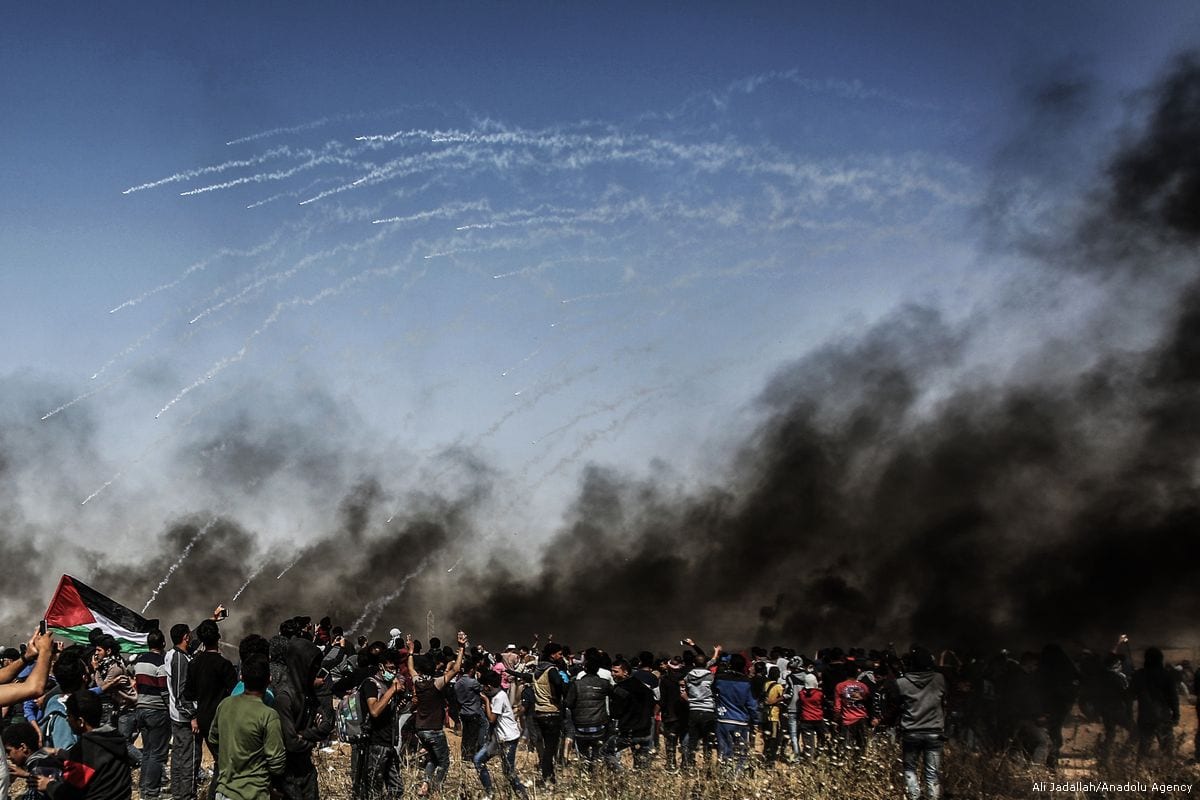 Israeli soldiers attack Palestinians protesting in the 'Great March of Return' at the Gaza-Israel border on 13 April 2018 [Ali Jadallah/Anadolu Agency]
April 20, 2018 at 11:11 am

The human cost of Israel's crackdown on Palestinian protesters in the occupied Gaza Strip is "a crisis on top of a catastrophe", a senior United Nations official has stated.

Jamie McGoldrick, humanitarian coordinator for the occupied Palestinian territory (oPt), released a statement yesterday calling for the protection of Palestinian demonstrators, and "urgent funding" to meet "critical humanitarian needs" generated by the "massive rise" in casualties since 30 March.

"The current surge in humanitarian needs is a crisis on top of a catastrophe," said McGoldrick.

As we approach another Friday of demonstrations near the perimeter fence between Gaza and Israel, it is critical that the Israeli authorities exercise the utmost restraint in the use of force for law enforcement operations, in line with their obligations under international law.

According to McGoldrick, "Gaza's essential service providers simply do not have the capacity, at present, to cope with the current situation. The humanitarian community stands ready to support the State of Palestine in meeting the immense health needs of Palestinians in Gaza, and ensuring that vital protection and mental health support is available."

The UN statement noted that "the large number of casualties among unarmed demonstrators, including a high percentage of demonstrators hit by live ammunition, has raised concerns about excessive use of force" by Israeli soldiers.

The UN added that "the Gaza health system, already on the verge of collapse following years of blockade, internal Palestinian political divisions and recurrent escalations of hostility, is struggling to cope with the mass influx of casualties."