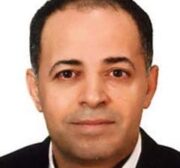 It is not yet clear whether or not Moscow will supply the Syrian regime with an S300 missile system in response to the tripartite attack by the United States, the United Kingdom and France against specific targets in Syria. Some statements and leaks from Russia indicate that Moscow was angered by the tripartite strike, and plans to respond by distributing sophisticated missiles to protect the Syrian regime. If this happens it will have major repercussions in the region, especially since Tel Aviv is concerned about the proliferation of anything that would limit the Israeli Air Force's freedom flight, and it may stand in the way of the distribution of these missiles, which change the existing balances of power.

The Israeli response was clear in the words of the defence minister, who said that any targeting of Israeli planes would lead the Israelis to destroy the Syrian missile system. The Russians' talk about the great consequences of targeting this system does not stand up to the reality of the situation, i.e. that Israel can not live with a situation where its air force does not possess the freedom to operate at a time when Iran has fortified its military influence in Syria.

To make matters worse, the Iranian side feels that the T-4 airport attack, which killed seven Iranian officers, was a blow to Iran's prestige and status and therefore warrants a military retaliation. Indeed, many news sources confirm that the Iranian side will not tolerate Israel and that a strike is being planned. It is a well-known fact that Israel's policy in Syria is aimed at achieving one major goal: ending Iran's military presence in Syria.

In order for Iran not to be one of the countries that threatens to retaliate at the right time and place, which indicates an inability to do so immediately, it feels that it must carry out any attack against Israel. This perhaps would cost the Israelis more in the coming days and restore some prestige to Iran. While talking about an Iranian attack is easier than actually carrying one out, the Israeli side is taking Iran's words seriously.

Returning back to what I said earlier, the Syrian regime, which suffered greatly after Israeli aircraft targeted its forces and its allies' forces, will accept any Russian offer to supply Syria with missile batteries in order to defend Syria's airspace against Israeli planes. These planes were flying freely in Syria's airspace not too long ago. However, it is not clear what Israel's response will be; will it resort to a preemptive strike against Syria or will it try to acquire a weapon that would deter Syria?

In the case of the first scenario, Israel might attack the missiles while risking the break out of a war that may not be limited to Syria and Israel. On the other hand, tolerating Syria getting its hands on an advanced missile system may cause an arms race in the region and would be a contributing factor to destabilising the region in the coming days.

Things would become darker if President Trump decides to withdraw his country from the nuclear deal signed with Iran in 2015, as Iran will feel as if it is on the verge of a confrontation that no one knows how it will start and end. Iran may ask the Russians to quickly provide advanced S300 missiles in order to protect Iran from any future attacks by Israel or the US. A more dangerous scenario would involve an arms race that is not limited to Iran, Syria, and Israel and would include other countries, such as Saudi Arabia, which views Iran as a major problem and not a part of any possible solution. Saudi Arabia believes that Israel is closer to Saudi Arabia's strategic thinking and that in itself is a major problem.

This article first appeared in Arabic in Arabi21 on 30 April.