Who will fill the vacuum post-Abbas? 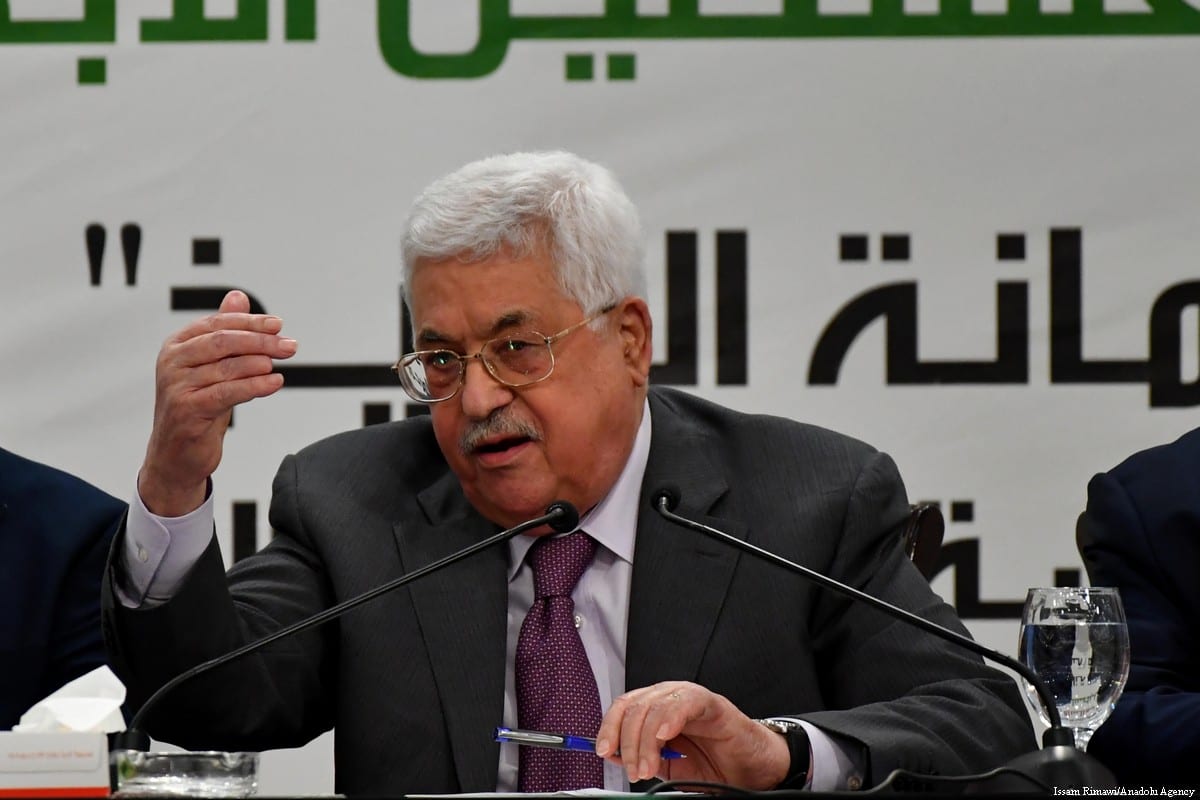 There have been many reports recently regarding Palestinian Authority President Mahmoud Abbas's health; some rumours even mentioned his death when he entered the Istishari Hospital in Ramallah. Aside from age-related health issues — he is 83 years old — the Palestinian leader is also suffering from sleep and psychological problems linked to stress. This has arisen due to his feeling of helplessness at the failure of his political project, the Oslo Accords, and his failure to impose his control over the Gaza Strip, in accordance with the "Middle East Quartet" conditions. This has prompted those closest to him to talk about who will succeed him as head of the Palestine Liberation Organisation and Fatah, as well as the PA; they fear his sudden loss and a resultant political and constitutional vacuum.

The matter is complicated further by the absence of national institutions capable of managing the handover phase, such as the PLO, the legitimacy of which is challenged because it is no longer fully representative of the Palestinian people. The umbrella body has become synonymous with Fatah and its supporters, or those who back its negotiations strategy. Moreover, it does not include other Palestinian groups, such as the Islamic Jihad movement and Hamas. The latter arguably represents a large part of the Palestinian people if its victory in the 2006 elections is anything to go by; the movement won 57.6 per cent of the votes cast in the West Bank and Gaza Strip.

Similarly, the dispute over the Fatah leadership between Mohammed Dahlan and Mahmoud Abbas on one hand, and Dahlan and the leaderships affiliated with Abbas's parties on the other, will see a scramble among senior Fatah officials who see themselves as worthy of the leadership position. Given the absence of established leaders, the weakness of the current organisational mechanisms and the decline of the culture of voting to resolve conflicts between rivals, the Fatah scene has become very complex. It isn't helped by the variance in the interests of the PA officials, and the PA's security and political interests with the Israeli occupation, Washington, Cairo, Riyadh and Abu Dhabi. It is also subject to further fragmentation and clashes amongst yesterday's friends.

Hence, the West Bank — which has importance and weight in the conflict with Israel's occupation — is expected to face a new domestic crisis over who will fill the presidential vacuum and the leadership of the PLO and Fatah. There are several possible scenarios which might arise.

Following the retirement or death of President Abbas, Fatah, the PA and the PLO could call for democratic elections to elect one, two or three people to the leadership positions of these bodies. This is unlikely due to their lack of democratic experience, let alone Israel's likely rejection of any elections in which the Palestinian people express their political choices freely; Tel Aviv would fear that the results would not be to its liking.

Alternatively, a consensus could be reached regarding a Fatah figure who will occupy all three positions. This is also unlikely due to the lack of a leadership figure from the first generation upon whom everyone can agree. Most of the elders among the officials have died and the few who remain are unqualified for such a position.

We could see a consensus on three figures to occupy each of the vacant leadership positions (PLO, PA and Fatah). This would require agreement between all of the Fatah officials regarding who leads the movement and the PA, as well as consensus within the PLO factions and its Executive Committee over who will lead the organisation. In addition, if this consensus is reached, which is unlikely, nothing can be implemented before Israel gives the green light, especially regarding the leader of the PA, as it is the occupation authorities' partner in security coordination in the West Bank as per the Oslo Accords. Furthermore, it is important that any leader in any of the three positions must gain the approval of Cairo, Riyadh and Abu Dhabi in order to secure the Arab financial and political safety net as an alternative to democratic electoral legitimacy from the Palestinian people. This scenario is possible, despite its difficulty, but it would open the door to the intervention and influence of the Israelis and the Arab countries in Palestinian affairs by creating cliques and loyalties based on interests linked to the international and regional parties providing political and financial support.

A message to President Mahmoud Abbas

Fatah officials could also fall into political and security disputes amongst themselves, fuelled by Israel money and weapons to eliminate the last national wall on which the Palestinians can lean in the West Bank in the enforced absence of resistance. This will bring chaos and instability to the West Bank, and will portray the Palestinians as being incapable of managing their own state. It will also pave the way for an exodus of large numbers of Palestinians to Jordan and the Arab countries in search of security and stability, thereby reducing the population inside occupied Palestine and accelerating Israel's theft of the land which embodies the essence of the conflict. This scenario is possible despite its recklessness, due in large part to the weakness of the internal Palestinian situation, the exacerbation of Arab conflicts and US President Donald Trump's bias in favour of Israel, providing it with unlimited support for political and ideological reasons.

There is no doubt that the situation in the West Bank is perilous, not because the absence of President Abbas will open the door to Arab recognition of the Israeli entity, which has already been offered by the PLO, but because the territory is on the verge of falling into the hands of Israel like a ripe fruit. This is a result of President Abbas's policies and the Oslo security, economic and social terms, which have combined to make the West Bank hostage to the occupation. Israel, meanwhile, is ecstatic at its success in securing Washington's recognition of Jerusalem as its capital and the agreement of some Arab capitals to be the godfathers of the "deal of the century", which is a recipe for the elimination of the national rights of the Palestinian people.