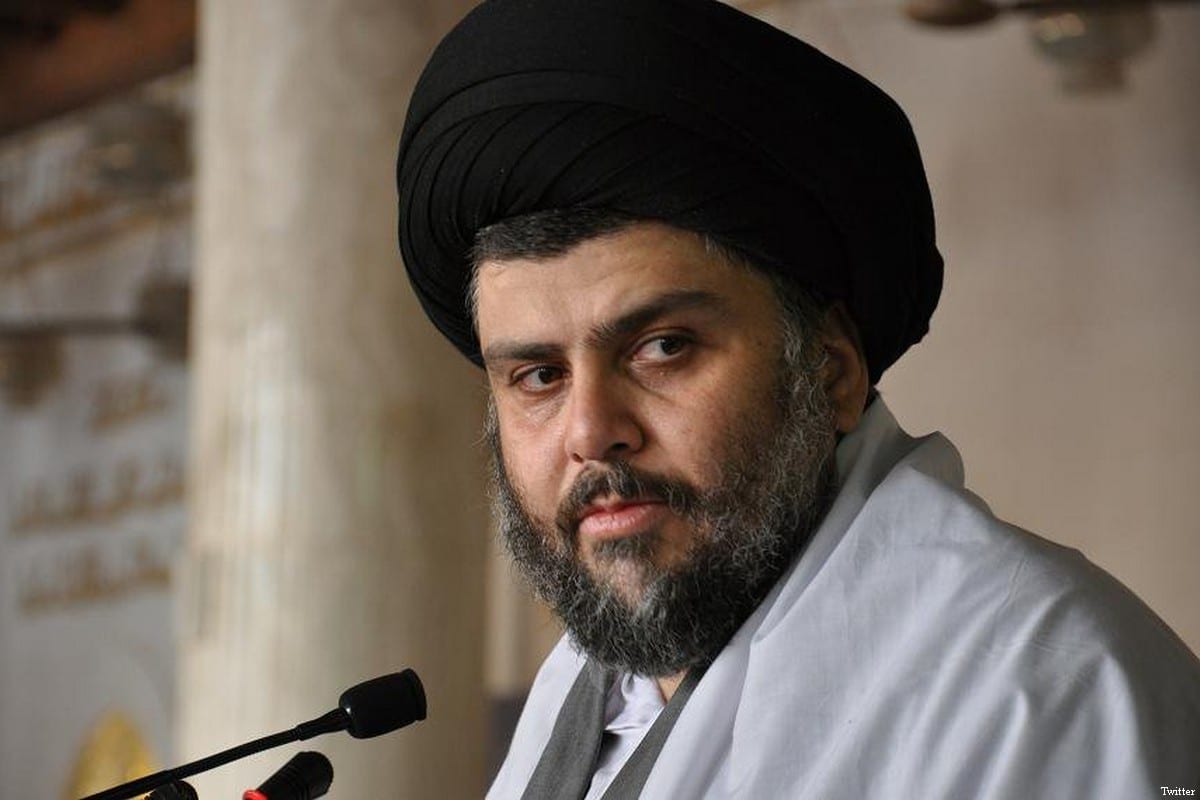 America's imperial seizure of Baghdad fifteen years ago altered Iraq's military landscape irrevocably. As "liberation" morphed into occupation, US-issued decrees promising reform dismantled Iraq's security institutions. Undermining their own designs of a secure Iraq, America's de-Baathification spree responsible for the dissolution of the Iraqi army cleared the road for non-state actors who surged to the fore, power hungry and sweeping various cities for firearms once wielded by Saddam Hussein's military personnel. The rise of well-equipped paramilitary units, driven by a matrix of motives, has sparked a nationwide debate accompanied by calls for Iraq's disarmament, which many view as being 15 years too late.

After years of dragging their feet, politicians in power have finally come to recognise the need to do what America could not, the "DDR" — Disarmament, Demobilisation and Reintegration — of Iraq's uncoordinated paramilitary groups. Members of Iraq's biggest collection of paramilitaries — the Popular Mobilisation Units (PMU), a household name — have been absorbed into the country's formal security structure due to the gains they made against Daesh, but this has done little to sooth public anxieties and official misgivings about the group's political ambitions and ability to outgun Iraq's fragile state.

The killing of 18 civilians in an ammunition cache explosion in a populous neighbourhood of Iraq's sprawling Sadr City earlier this month has reignited the arms debate, and prompted calls for state control of all weapons and ammunition. The incident, as Iraqi Prime Minister Haider al Abadi stressed, was a crime against one of Baghdad's most vulnerable localities. An investigation into the explosion has since been launched.

The travesty unleashed a torrent of anger at popular leader Moqtada Al-Sadr, after whose father the city is named. In an effort to quell simmering anxieties, Sadr responded with calls for a nationwide disarmament campaign just 48 hours after the explosion for which his private militia, Sarayat Al-Salam, was blamed. Some analysts are sceptical of Sadr's proposal, as it would force Iraq's most powerful armed formations, including his own, to relinquish their firepower.

The campaign calls for stringent control of weapons, as well as their safe storage by an appointed body, but its swift implementation rests upon the willingness of armed groups to place unlawfully acquired arms and stockpiled munitions into the hands of the state. The fact that the groups hiding stockpiles are those calling for an Iraq free of weapons has stirred little enthusiasm among the masses, who feel mocked every time that such perfunctory gestures are made.

However, Sadr's supporting statement warned others about possibly undermining the scheme, reiterating the need for its universal application: "Everyone must obey the orders… hand over [these] weapons without any discussion because the blood of Iraqis is more valuable than anything else".

An even bigger obstacle that may derail the initiative is the constitutional vacuum that Iraq's contested election results have opened up. Until a new government is formed, and before the problem is assessed by qualified specialists, the campaign is likely to remain dormant. The state can act alone, but should it begin to raid suspected arms facilities and stores, it runs the risk of an armed conflict with the militias in question. 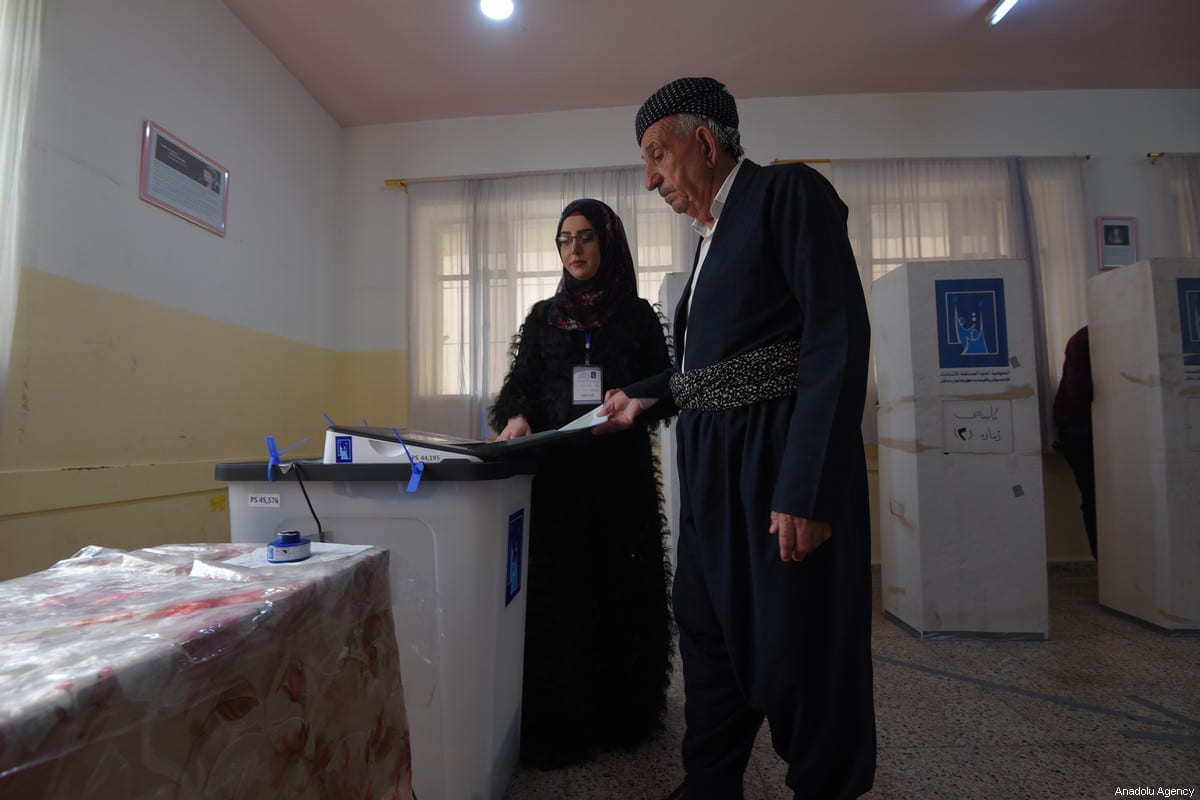 An Iraqi man casts his vote at a polling station for the Iraqi parliamentary election in Sulaymaniyah, Iraq on May 12, 2018 [Feriq Fereç / Anadolu Agency]

Ever since the US-led invasion of Iraq, the secret arms depots buried across the country have strengthened militias. By amassing firepower, these groups are capable militarily and have shown their ability to subvert the state by undertaking clandestine operations at home and beyond Iraq's borders.

One election candidate from the Iran-backed Al-Fatah paramilitary alliance, Karim Nouri, revealed live on Iraqi satellite station Dijla that, since 2003, "The Iraqi army's weapon stockpiles [have been] transferred from government installations to citizens' homes." He cited sporadic and heavy exchanges of gunfire between warring tribal factions as evidence of fact that his alliance "neither inflates nor invents" such details.

However, Nouri's, like Sadr's, is a powerful paramilitary contingent in Iraq's convoluted political landscape, affiliated to the Badr Corps, whose rise would have been inconceivable without the illegal seizure of low-grade and heavy weaponry, in addition to funds and logistical backing from Iran and, more recently, Russia. The US invasion made the acquisition and use of these arms a necessity. The results, 15 years down the line, continue to undermine the sovereignty of the government in Baghdad. Locally, these groups are still remembered widely for stirring the fires of Iraq's sectarian wars in 2006; merchants of death, as they are branded locally, because of the innocent lives that their actions have cost.

Rising levels of public distress about this issue is largely being ignored. So too is Article 27 of the Iraqi constitution that calls for regulated control of heavy and light weaponry.

Sketches aired in a recent episode of AlbasheershowX, demonstrated the cynical determination of the Iraqi masses not to fall for rhetorical promises of disarmament. In one, for example, two low ranked, gun-toting soldiers shone a light on the futility of a promise whose gloss has faded in the eyes of the public.

The debate lacks sophistication. Moreover, until politicians like Sadr and others agree on the campaign's implementation and weapons' storage regulations, the whole issue will continue to put innocent civilian lives at risk.