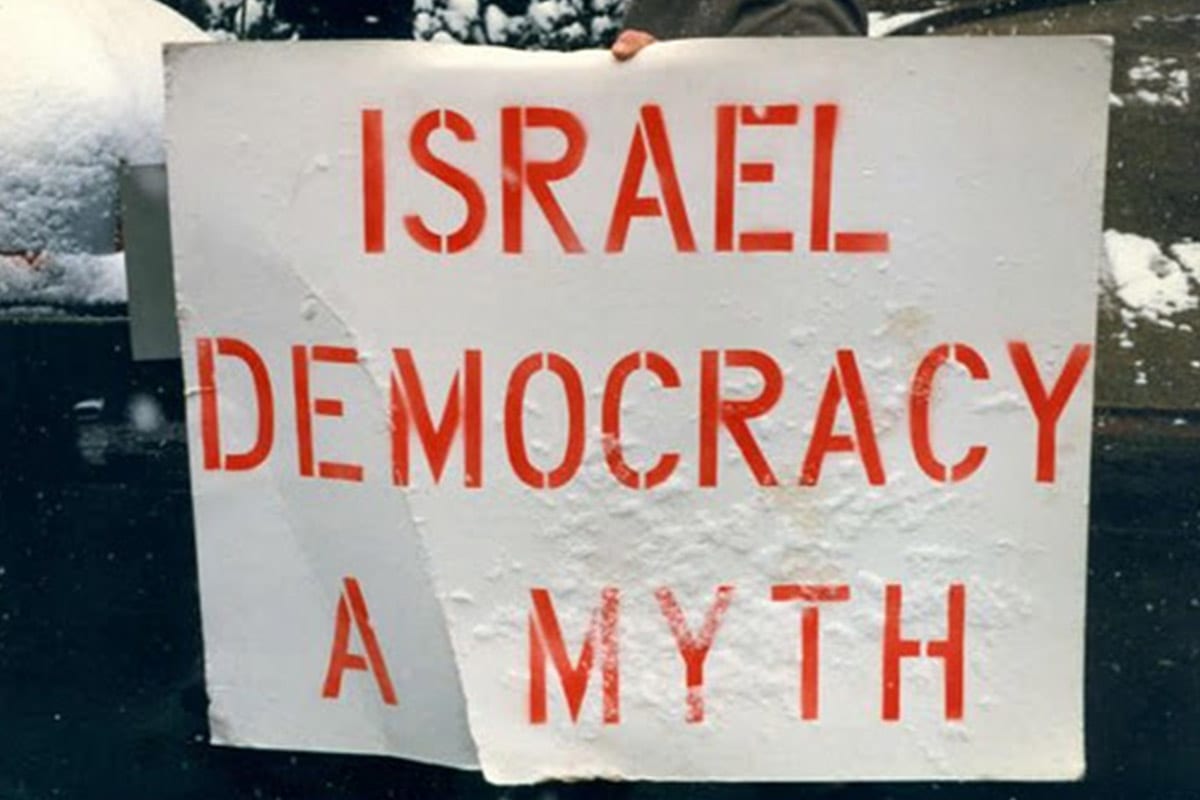 Despite the uproar over Israel's new Jewish nation state law, which has been in the making for almost two years, this basic law did not actually introduce anything new in the way that things have been done in Israel. Rather, this law merely enshrines the de facto colonial and apartheid realities of the Israeli ethnocratic settler-colonial state into a de jure status.

Some commentators and activists believe that this law will show the true colours of "the only democracy in the Middle East" and make it harder, if not impossible, to defend Israel as a democratic state. This could not be further from the truth.

This law inaugurates just another religious- or ethnic-based illiberal democracy in Trump's new world order that aims to roll back freedoms. It is an attempt by the Israeli ethnocratic settler-colonial state to resolve its many contradictions and fit into the structural changes that the neoliberal global capitalist system is currently undergoing. As traditional liberal democracies are becoming less and less useful to the expansion of the market, Israel's ethnocracy is shifting towards authoritarian capitalist governance which is sustained, as we can see in Europe and the United States, by far-right and populist nationalistic ideologies.

At one level, this new law makes it possible to put the last seventy years of Israel's ethnocratic history of ethnic cleansing and apartheid into their proper context. It exposes the history of the Israeli settler-colonial regime in all its brutal realities, by revealing the suppressed ethno-nationalism that drives such regimes. While ethnocratic regimes endeavour to cover up this ethno-nationalistic core in the name of democratic equality and governance, Israel can no longer suppress the regressive political ideology that gave form to its racist structures.

Literature on the Israeli version of ethnocracy (Israel is not an exceptional ethnocentric state) identifies Zionist ideology as the source of the history of ethnic cleansing, colonial dispossession, "creeping" apartheid, and occupation — the ongoing Nakba — throughout historic Palestine. It also lays bare the lie that an ethnocratic regime could truly be democratic: to talk about an ethnocratic-democracy is an oxymoron.

Oren Yiftachel, a renowned scholar of Israeli ethnocracy, argues convincingly that Israel's democratic charade covers up a deeper ethnocratic apartheid structure. Such a structure, he points out, requires the institutionalisation of racial laws that can guarantee Jewish supremacy and hegemony. Equality (before the law) and the redistribution of resources and rights become an elusive dream that will always be undermined at both symbolic and legal levels.

When Prime Minister Benjamin Netanyahu states that "Israel is the nation-state of the Jewish people, and respects the rights of all of its citizens," he is obfuscating various incompatible ideas. The rights of all citizens in such an ethnocratic polity can be neither respected nor protected, since the "only democracy in the Middle East" is based on securing the privileges and rights of one particular ethno-religious identity only. The hierarchical and exclusivist principles of the Israeli ethnocratic settler-colonial state stand at the opposite end of the universal and egalitarian ideals of any polity that deems itself to be the state of all its citizens.

OPINION: It is time to restore the UN resolution that Zionism is a form of racism

Any dreams of multicultural relations and coexistence will thus come to an end. Indeed, activists have long dismissed the multicultural façade in this ethnocratic scene for what it really is: in a playful pun on the Hebrew word for coexistence (doo-qiyum), they sarcastically call it "dookie" (excrement). However, the attitude towards this constitutive apartheid and colonial history and its multicultural fantasy has always been expressed in terms of a "fetishistic disavowal"; we all knew what was really going on, but… Hence, when Palestinian Knesset member Ahmad Tibi announces the "death of democracy" in Israel as a result of this law, it must be pointed out that it has been dead all along.

The new authoritarian capitalist regime in the Middle East

As an ethnocratic settler-colonial state, Israel can no longer suppress or manage the contradictions that have shaped its development. These include its ethnocratic Zionist settler-colonial ideology, ethno-religious particularity in all its ambiguity ("Jewish" as a referent for both ethnic and religious identities), and the secular, egalitarian democratic ideals to which it has paid lip service for decades. Israel had to find new ways to work out these contradictions and this law is a clear attempt at doing so.

As a resolution of these contradictions, however, the law cannot simply be reduced to a manifestation of realpolitik; it is not just a pragmatic response to Israel's strategic interests. Rather, it is a reaction to the process of global capitalist restructuring and readjustment, in which traditional liberal democracies are considered an obstacle. The new law is the outcome of a combination of current geopolitical conditions in the Middle East and the power realignments, and especially of the rise of far right populist nationalist movements and their opposition to globalisation in Europe and the USA.

It is no coincidence, therefore, that the law was passed at a time when the Trump administration is conspiring to bring an end to the Palestinian cause through the "deal of the century"; when Israel emerged as the only winner of the Helsinki summit; and when Hungarian Prime Minister Viktor Orban was visiting Israel and meeting with Netanyahu. 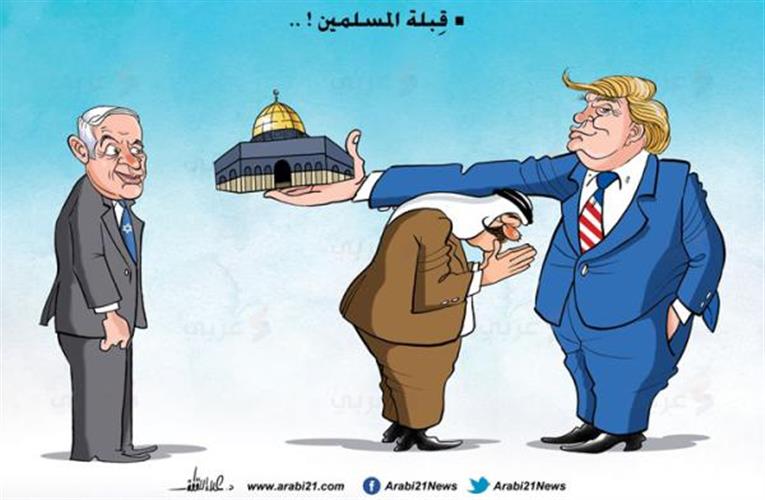 Orban's visit, in particular, did not simply end with consolidating the Israeli government's ties with the European far-right. As a symbol of the latter, Orban provides a blueprint for Netanyahu on how to suspend traditional liberal democracy and replace it with a religious-based version.

In a radio interview in May 2017, Orban called for "building an old-school Christian democracy, rooted in European traditions." This "illiberal democracy," as he called it in a famous 2014 speech, is grounded in a belief in "the importance of the nation" and a vigorous opposition to "any supranational business or political empire." In the same speech, he also rejected the "Western European dogmas" that suggest that people should be "free to do anything that does not violate another person's freedom." The government, in other words, now has every right to undercut freedom.

These illiberal ethno-religious democracies are sustained by a unique combination of Islamophobia and anti-Semitism. First, they posit themselves as defenders of the West against "Muslim invaders" represented for Orban by Muslim migrants and refugees, and for Netanyahu by radical and militant Islam, especially Iran.

Paradoxically given the Israeli connection, they are getting mileage out of obscene abuse of anti-Semitism. While Orban has been condemned for his blatant anti-Semitism, he still considers himself to be a hardcore supporter of Israel. Furthermore, the Netanyahu government has been courting anti-Semitic clergy and public figures and hunting down anti-Zionist Jewish individuals and organisations. The deal here will ensure mutual silence about the crackdown on the freedoms of immigrants and refugees in Europe and the Palestinian indigenous population, not only in the occupied Palestinian territories, but now also inside Israel itself.

It is also supported by the exclusion and isolation of the Palestinians. On his recent visit, it was reported, Orban did not schedule talks with any Palestinian leaders, in a break with EU protocols. Moreover, there is a clear investment in Putin's Russia that conceals a more dangerous trend towards legitimising oppressive authoritarian regimes.

As the new illiberal Jewish democracy tries to fit into the authoritarian structures of the global capitalist system, this law is by no means about safeguarding Jewish identity, tradition, homeland or even Western civilisation. Rather, it is about cracking down on freedom, especially for colonised indigenous populations. This should mobilise all those who believe in the universality of struggle to start linking the Palestinian and other struggles for freedom around a more fundamental antagonism.