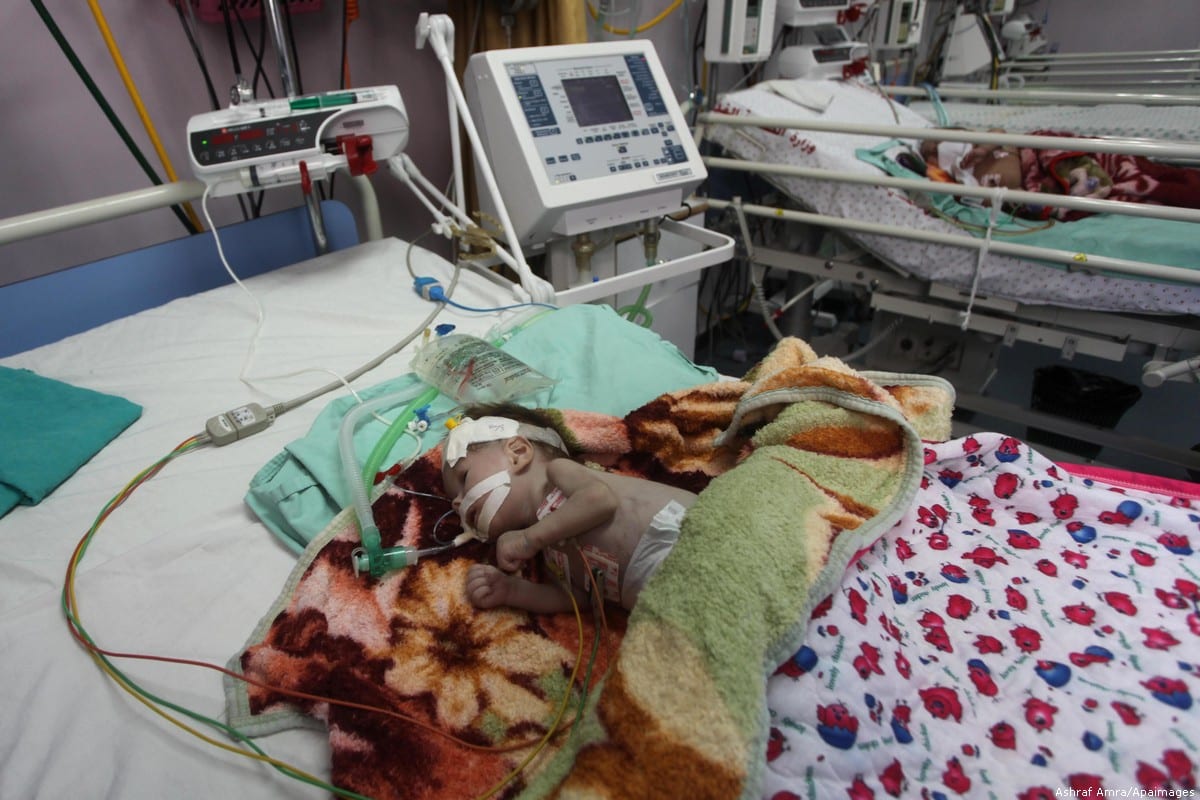 Premature babies receive treatment in the Rantisi hospital for children in Gaza City which is suffering due to the shortage on fuel and medication [Ashraf Amra/Apaimages]
November 1, 2018 at 10:57 am

The Palestinian Ministry of Health in Gaza yesterday warned that a crisis is ensuing as a result of a lack of necessary medicines in its hospitals and healthcare centres, a statement said.

Deputy Minister of Health Yousef Abu-Rish said in the statement that 47 per cent of medicines are in short supply in the Strip.

"This unprecedented situation puts the life of thousands of patients in the Gaza Strip at stake due to the lack of necessary medicines," he said.

He stated that the main departments in the Gaza government hospitals, such as emergency, operations and ICU departments, are also affected by the lack of basic medicines.

In addition, he said that patients who had kidney transplants will need to start using dialysis machines if the medicines they need are not provided soon.

Abu-Rish urged the Palestinian Authority in the West Bank to resolve the medical crisis and return hope to patients in Gaza.

Gaza has been under an 11-year Israeli siege which is backed by Egypt and the PA in an effort to toppled the freely elected government of Hamas.