Khashoggi murder focus of calls to end violence against journalists 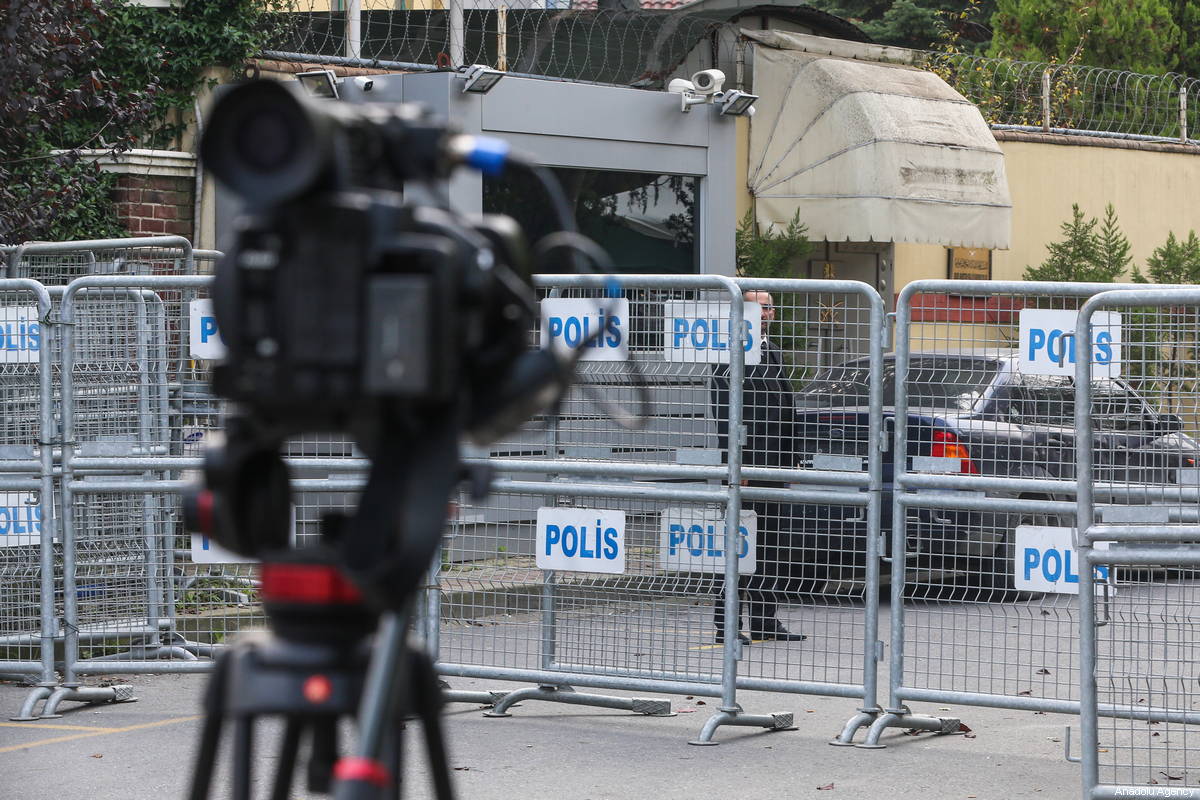 Police barricade in front of the Saudi consulate as the waiting continues on the killing of Prominent Saudi journalist Jamal Khashoggi in Istanbul, Turkey on 21 October 2018 [Muhammed Enes Yıldırım/Anadolu Agency]
November 2, 2018 at 1:19 pm

This year the global campaign to highlight crimes against reporters, marked by the International Day to End Impunity for Crimes against Journalists (IDECJ), has acquired a greater significance than previous years as a result of the brutal killing of Saudi journalist Jamal Khashoggi. Across the world global institutions and the journalistic fraternity are paying tribute to the slain Washington Post commentator to highlight the alarming rise in attacks on journalists.

While it may just be sheer coincidence that this year the international event falls exactly a month after Khashoggi's killing in the Saudi consulate on 2 October, the symbolism of this concurrence has been emotionally powerful and took centre stage in vigils and memorials.

One such vigil was in the UK where on the eve of IDECJ, the National Union of Journalist (NUJ) organised a silent memorial outside the Royal Embassy of Saudi Arabia in London to pay respect to Khashoggi.

Remembering Jamal: A 'voice of the voiceless' 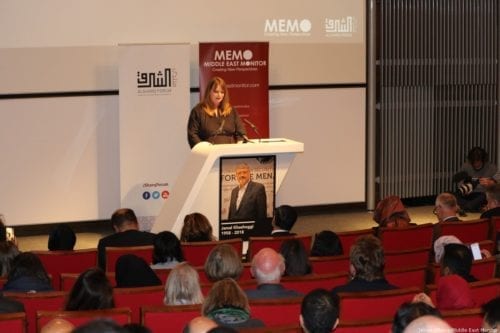 Speaking about the event Michelle Stanistreet, NUJ general secretary, said: "This vigil is to mark the contribution to journalism and principled values of Jamal Khashoggi and to protest to the Saudi authorities, implicated in his murder, of our deep shock and anger at his violent killing. The current spectacle of world leaders targeting journalists and their work is something that should unite us in outrage. Media workers being used as pawns in geo-political game-playing or exploited as political leverage is disgraceful and unacceptable."

Stanistreet continued to speak of the worldwide threat to journalists saying that "the global journalistic community today faces an international climate that is ever more febrile and increasingly fraught with danger". She cited figures from the International Federation of Journalists according to which

74 journalists and media staff have been killed to date this year – in the past six years that rises to more than 600 lives lost. Nine in ten of those cases remain unpunished. Killers of journalists who have paid the ultimate price for their work are walking around freely.

In Dublin Ireland, the NUJ and Amnesty International Ireland presented a letter to the Saudi Arabian Ambassador, Adbulaziz Abdulrahman Aldriss, demanding full cooperation with the investigation. The NUJ has also called for the "unequivocally support" of a proposal put forward by the International Federation of Journalists (IFJ) for an international convention on the safety and independence of journalists and other media professionals.

Marking the IDECJ a group of independent, UN-appointed human rights experts called on world leaders to stop inciting hatred and violence against the media, citing the hundreds of journalists killed or forcibly detained because of their work, and ensure that those responsible are held accountable

Western hypocrisy: Khashoggi and Murtaja two deceased journalists but the world will only remember one

The statement from the group said that "these last weeks have demonstrated once again the toxic nature and outsized reach of political incitement against journalists, and we demand that it stop." They urged governments "to take firm steps to ensure accountability for violence and attacks against journalists, reversing and resisting the appalling trend of impunity."

They particularly highlighted the killing of Khashoggi, and condemned the response of the US, the international community and the United Nations itself, for the failure to address his enforced disappearance and apparent murder.

"The only way forward is to establish an independent, transparent and credible investigation into his murder, one authorised by and reporting to the United Nations. Anything short of a complete investigation, recognised as such by the international community, will make a mockery of government claims of commitment to the safety of journalists," the UN group said.

The UN Educational, Scientific and Cultural Organisation (UNESCO) says that, between 2006 and 2017, over 1,000 journalists were killed for reporting the news and bringing information to the public; an average of one death every four days. In nine out of ten cases the killers go unpunished, and this impunity, say the UN experts, triggers further violence and attacks.