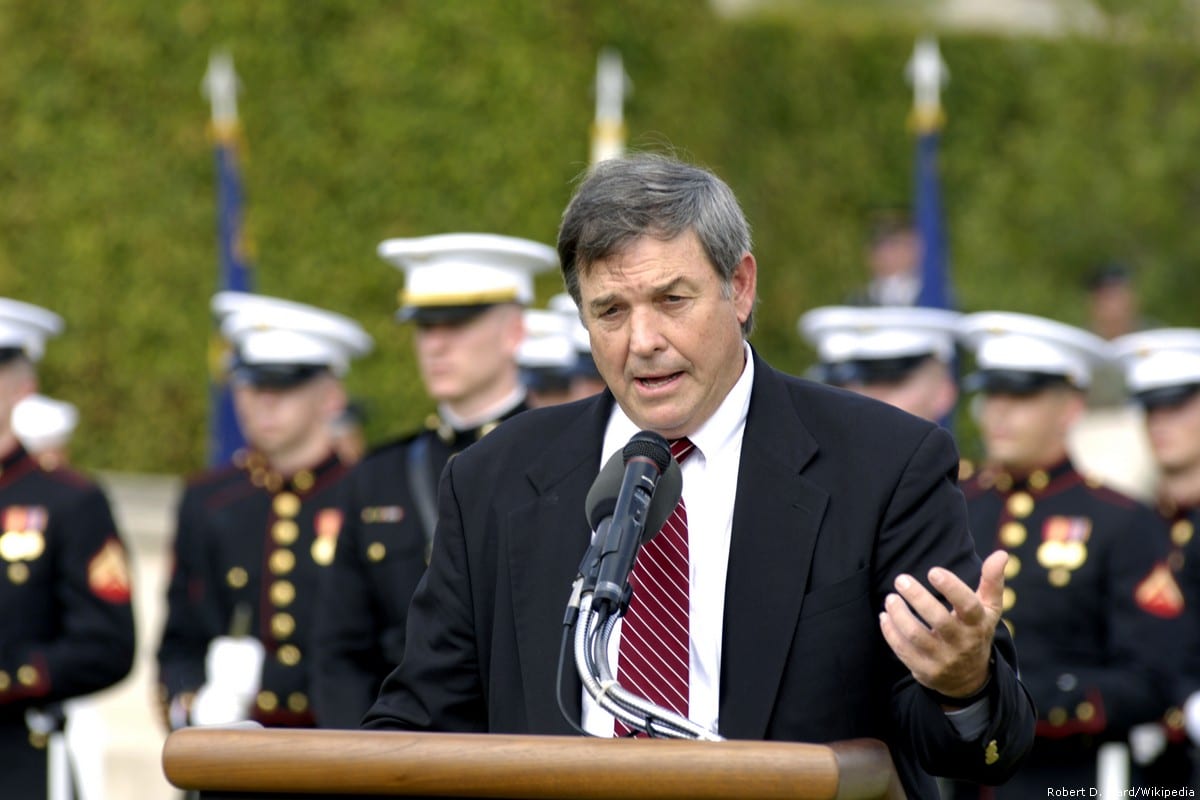 A fascinating political battle is playing out this week in California, pitting one candidate who has been indicted for misusing hundreds of thousands of dollars in campaign funds, against another whose grandfather was involved in the 1972 Munich Olympic massacre of Israeli athletes.

Republican Congressman Duncan D Hunter is running for re-election in the 50th California congressional district, which includes San Diego. Normally, he wouldn't have a problem. His father, Duncan L Hunter, held the seat for 28 years before the son was elected in his place in 2009. Voters there have been voting for and electing a "Duncan Hunter" and a Republican since 1981. However, that's not deterring his Democratic challenger, Ammar Campa-Najjar, an American with Palestinian- and Mexican-American parents.

Unfortunately, though, the debate between the two has nothing to do with issues like rising taxes, improving education, confronting gang violence or strengthening the economy, all the things that a congressman must address once in Washington DC. Instead, the issues are more unusual.

Hunter is vulnerable in this election cycle because he has been indicted by the Federal Government for allegedly illegally spending $250,000 in campaign money for personal use — including a vacation to Italy, family dental bills and plane tickets for a pet — and not paying taxes on it. That's how the Feds nabbed infamous mobster Al Capone, convicting him in 1931 of failing to pay income taxes on $100,000 of illicit funds. Capone was sentenced to 11 years in prison where he died. Using money for personal expenses and not claiming it on your income taxes is a big deal in the US.

US ambassador: I'm an 'unapologetic right-wing defender of Israel'

Normally, the federal indictment would give a challenger, including a Democrat, an edge and a chance to win, although this is not the situation in this case. The Federally-indicted Duncan has been mailing flyers not addressing the charges against him or the district's issues, but rather focusing on Campa-Najjar's ethnicity; not his Mexican ethnicity, but his Palestinian background.

Campa-Najjar's grandfather was Muhammad Yusuf Al-Najjar, also known as Abu Yusuf, a senior member of the Palestinian Black September terrorist group. Abu Yusuf was blamed for orchestrating the 1972 Munich Olympic massacre in which 11 Israeli athletes were murdered in cold blood.

Hunter argues that he is innocent of misspending the campaign funds, and didn't have to report any of it as income. Campa-Najjar, meanwhile, points out at every stop on the campaign trail that he never met his grandfather, who died 16 years before he was born. The Democrat challenger has also publicly and repeatedly condemned the 1972 massacre. That, though, may not be enough.

Voters in the 50th District have to make a strange choice. Do they re-elect a long-time politician who should know better and not misspend campaign money for personal things like family vacations and air tickets for his pet rabbit? Or do they vote instead for a candidate who has been dragged through the political mud because of the actions of a distant relative who he never met?

Despite the dramatic nature of the options, the reality might be less complicated. The election may all come down to basic voting numbers.

The 50th Congressional District is and has been overwhelming Republican. In the 2016 election, for example, Republican Hunter defeated his Democratic rival, who had no relatives accused of engaging in terrorism, by a landslide of 179,937 to 103,646 votes. It reflected the solid Republican vote that has come out to back Republicans with more than 65 per cent in nearly every election.

The Trump administration tells lies for itself and for Israel

However, voters get upset when people who represent them misuse public money, including campaign funds which are monitored and can only be spent in certain ways for elections, not for personal use. And, of course, the Duncan/Campa-Najjar contest is important in the bigger national picture and the phenomena known as "the midterm election swing". This means that two years after any president is elected, Democrat or Republican, control of Congress usually swings to the other party. Right now Republicans control Congress with 235 out of the 435 seats. Democrats have 193 seats and there are seven seats that are vacant. Tuesday's election could change that. Pretty much every political pundit predicts that the swing will take place as usual, and the Democrats will win back the House, especially in the face of the controversial policies of Republican President Donald Trump. 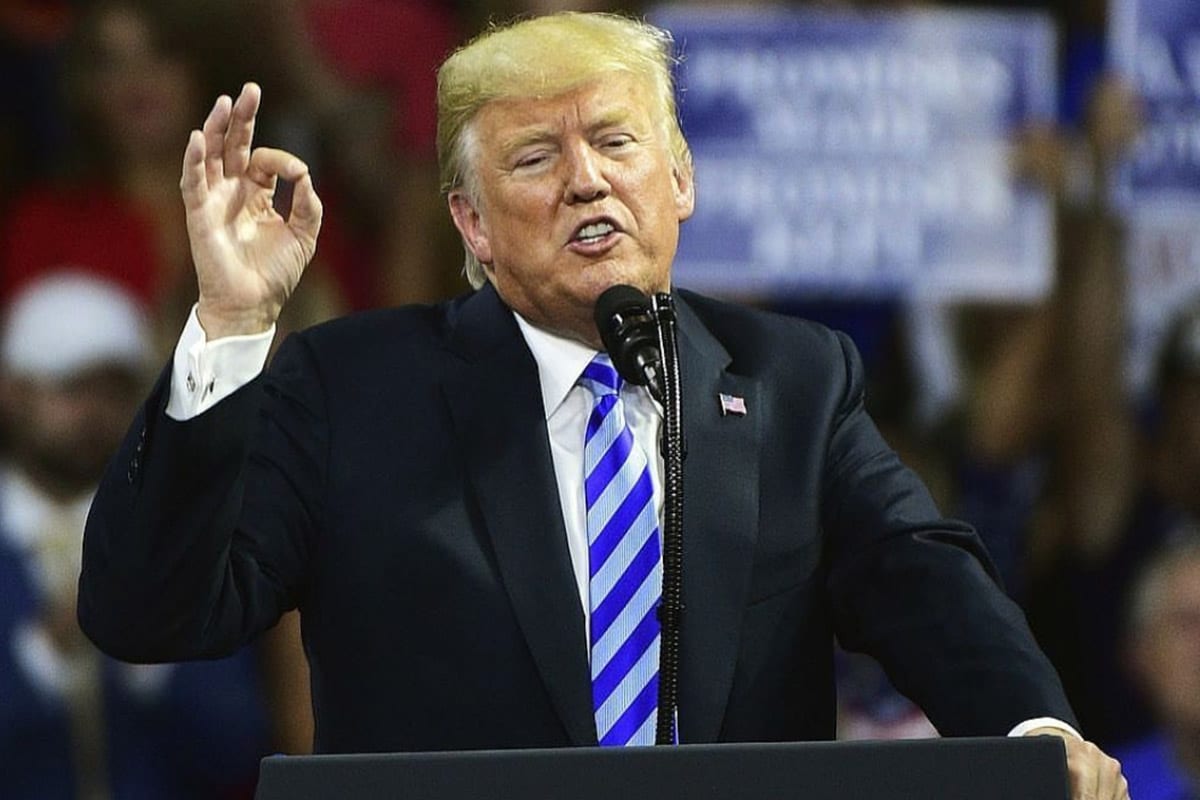 The 50th District contest is a race worth watching, though. It will be interesting to see how human beings react to politics and deliberate demonisation. Will voters reject a man accused of misusing $250,000 for his personal benefit, and overlook what a grandfather did decades before his candidate grandson was even born?

Hunter hasn't stopped at demonising Campa-Najjar for his grandfather's actions; he is reminding everyone that he is a military veteran who served in Iraq, fighting in Fallujah after the 9/11 attacks. Furthermore, he's asserting that Campa-Najjar is a "Muslim". This is yet more dog-whistle politics; being a Muslim doesn't go down very well with many American voters who have been brainwashed by years of Islamophobia and fearmongering.

The reality is that Campa-Najjar was raised as a Christian by his mother who was Mexican-American. Despite his paternal grandfather's past, he has even received support from San Diego's Jewish-American community, who have denounced Hunter's tactics.

In this important election contest, partisan politics, Islamophobia and fearmongering will overshadow reason, common sense and the real issues important to all voters. Sadly, in today's world, it's not enough to be on the right side of justice or morality.