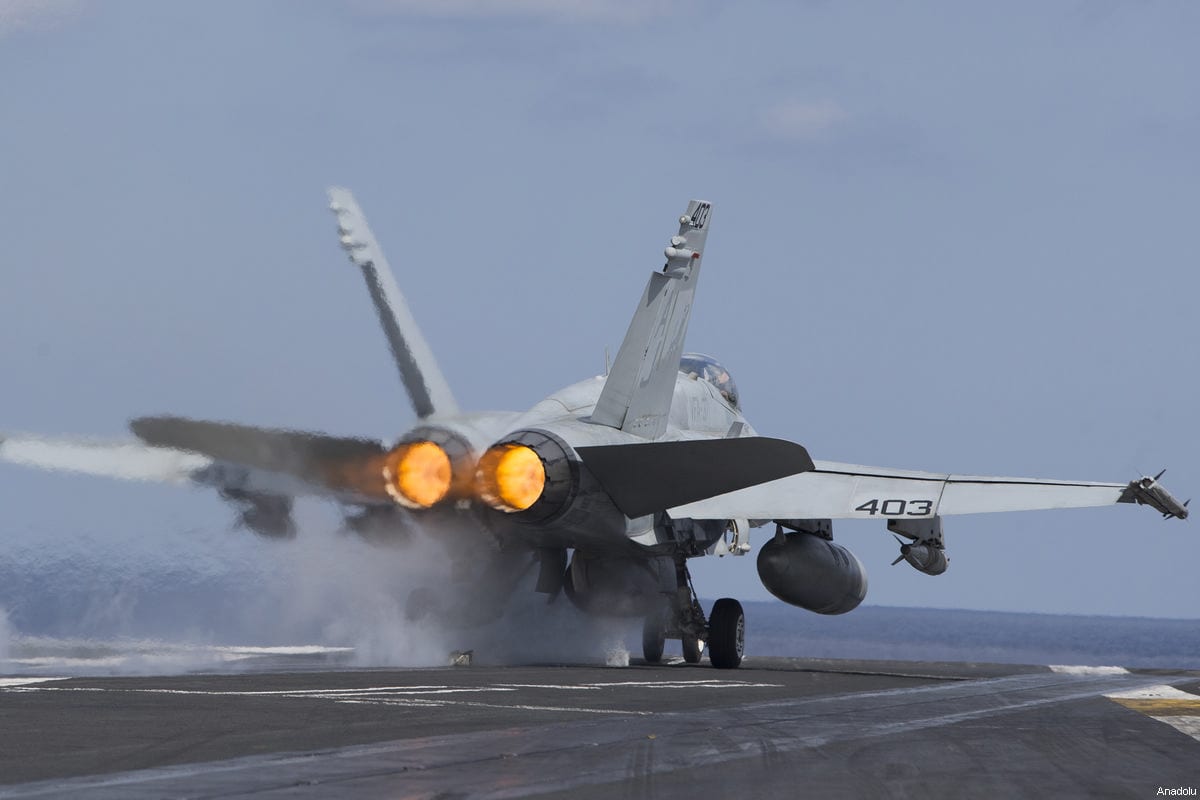 A US F18 Hornet aircraft is launched off the deck of US aircraft carrier USS George Washington during its mission in the eastern Mediterranean Sea on February 21, 2017 [Murat Kaynak / Anadolu Agency]
December 1, 2018 at 3:31 pm

The US military said on Friday it killed 11 suspected al Qaeda militants in an air strike in Libya's southwestern desert, according to a Reuters report.

US Africa Command (Africom) said Thursday's attack was its third since March on the militant group's North African branch – al Qaeda in the Islamic Maghreb (AQIM).

The strike near the town of Al Uwaynat, close to the Algerian border, destroyed three vehicles and "at this time, we assess no civilians were injured or killed," Africom added.

Militants linked to al Qaeda and Daesh have found a haven in Libya's vast southern desert as the country struggles to restore stability seven years after the uprising that toppled Muammar Gaddafi.