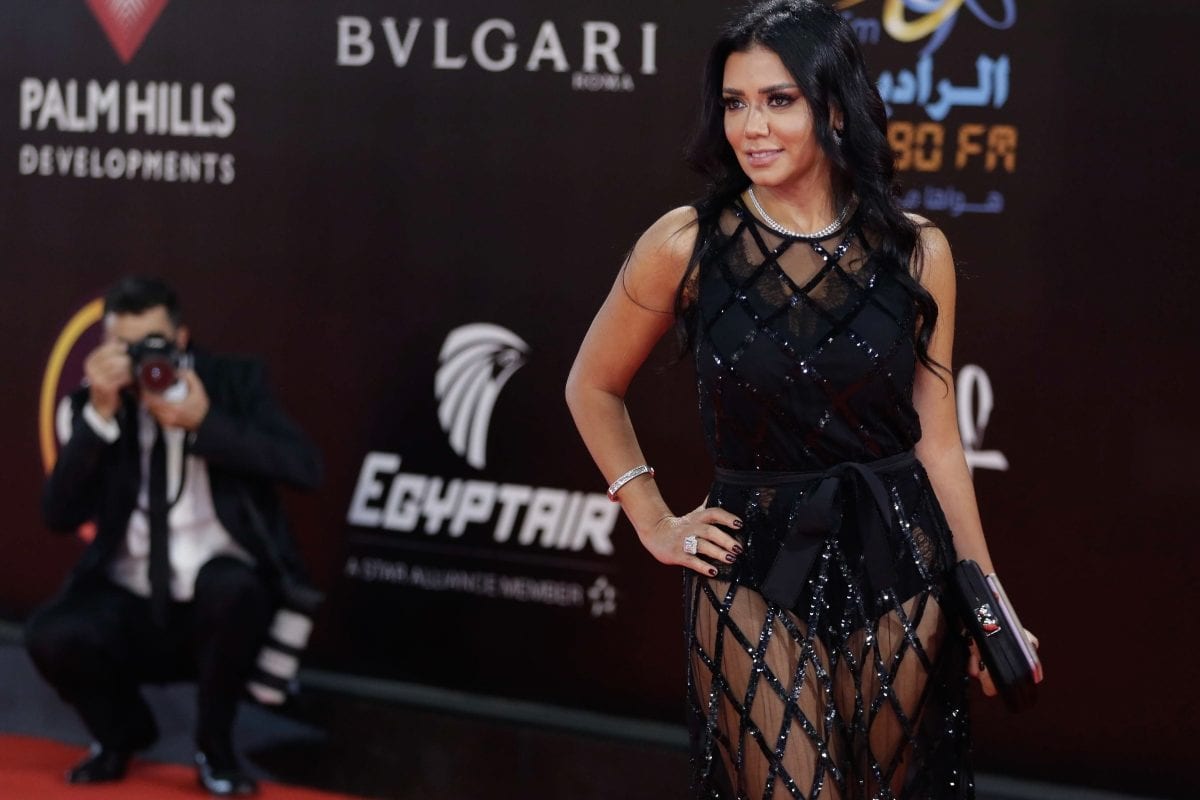 Egyptian actress Rania Youssef poses on the red carpet at the closing ceremony of the 40th edition of the Cairo International Film Festival (CIFF) at the Cairo Opera House in the Egyptian capital on November 29, 2018. - (Photo by SUHAIL SALEH/AFP/Getty Images)
December 3, 2018 at 1:02 pm

An Egyptian actress is facing trial after she was charged with public obscenity for wearing a revealing dress to the Cairo International Film Festival last week.

Several lawyers filed charges against Rania Youssef after she wore a black, transparent dress that exposed her legs and thighs at a film screening last Thursday. The images were widely shared on social media, prompting the complaint to the chief prosecutor, arguing that Youssef had committed "obscene public behaviour" that "did not meet societal values", and undermined the reputation of the Egyptian people.

In a statement, Youssef did not apologise, but said she had not meant to offend anyone with her choice of outfit.

"It was the first time that I wore the dress," she said, adding that she did not realise her clothes would spark so much anger and that she "had probably miscalculated".

"I want to repeat my commitment to the values and ethics we have been raised by in Egyptian society," she concluded.

Although some complaints languish for months before any action is taken, Youssef's trial date has been set for 12 January, where she faces up to five years if convicted.

Read: Egyptian women race in Cairo to campaign for end to violence

The decision to charge Youssef divided commentators on social media, with some critiquing the dress as inappropriate for Egyptian society, while others defended the actor's right to wear what she chooses.

Others criticised the outrage over Youssef's dress and the swift action taken by the public prosecutor, arguing that more serious issues such as homelessness, unemployment and sexual harassment were perpetually ignored.

"A nation is jolted by a revealing dress at a festival but is not infuriated by a million children sleeping rough and scavenging in trash bins for food," opinion writer Khaled Montaser tweeted.

The latest controversy also comes after several high profile arrests of women who have complained of harassment in the country, with Egyptian officials claiming that the whistleblowers were ruining the nation's reputation.

In September an Egyptian court sentenced female activist Amal Fathy to two years in jail over a video she posted on social media criticising the government for failing to protect women against sexual abuse and over poor living conditions.

Just weeks before, Egypt released a Lebanese woman who had been sentenced to eight years in prison after she made a video describing the sexual harassment she had faced during a holiday in the country. Her testimony drew anger from Egyptians on social media, who called for her arrest, despite the woman releasing a subsequent video clarifying that she did not mean to insult the country as a whole.

Since the military coup which ousted democratically elected President Mohammed Morsi in 2013, President Abdel Fattah Al-Sisi has cracked down on all freedom of speech in the country that could be seen as criticism of the government. The president has also presented himself as the arbiter of religion and traditional values in Egypt, and clamped down religious institutions such as Al-Azhar in recent years.