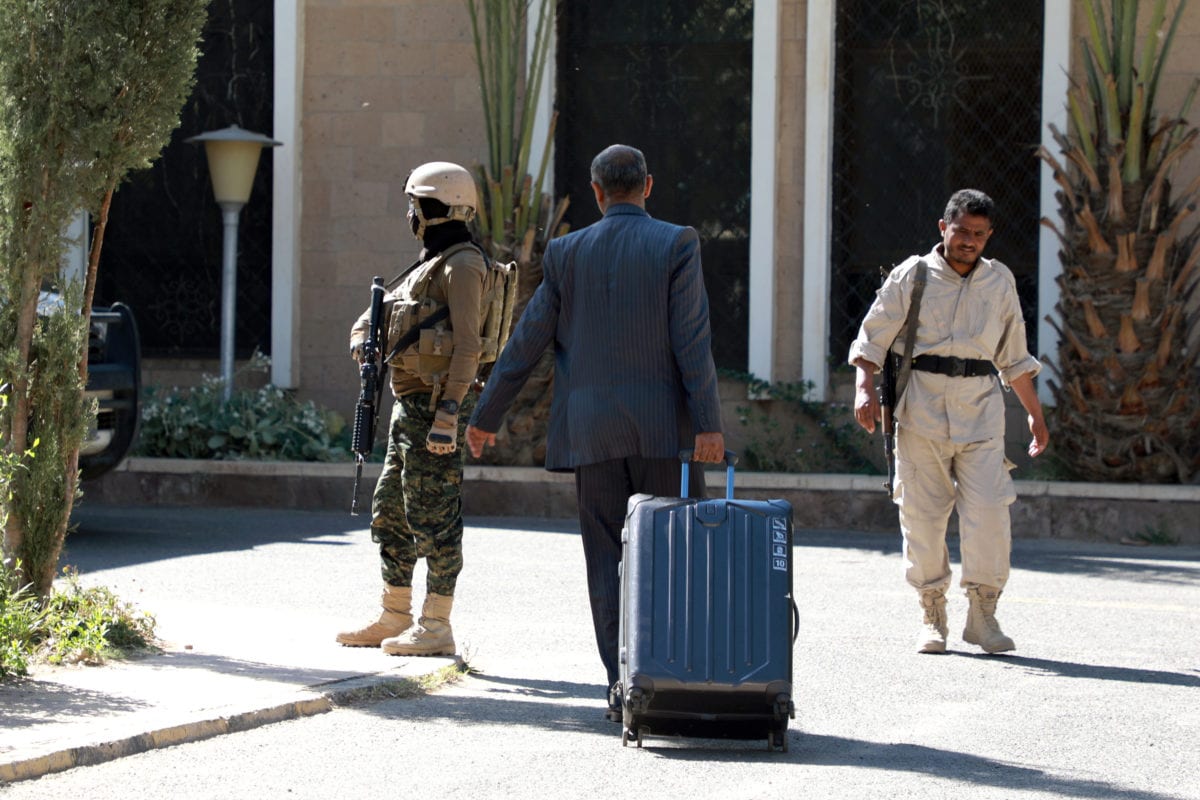 A member of a Yemeni rebel delegation prepares to fly accompanied by a UN peace envoy, heading for high-stakes talks in Sweden with the government aimed at ending the country's devastating war, on December 4, 2018 in Sanaa. (Photo by MOHAMMED HUWAIS/AFP/Getty Images)
December 6, 2018 at 2:15 am

A Houthi delegation arrived in Sweden late on Tuesday to participate in the UN-sponsored peace talks; a delegation member told Anadolu news agency.

According to the unnamed member; the delegation leader, Mohammed Abdel Salam is scheduled to arrive later coming from the Omani capital, Muscat.

The member said Kuwait's ambassador to Yemen, Faheem al-Meei as well as UN envoy, Martin Griffiths had accompanied the Houthi delegation onboard the Kuwaiti aeroplane that flew them from Sanaa international airport to Stockholm.

The Yemeni government delegation has also arrived in Sweden on Wednesday.

The peace consultations are scheduled to begin on Thursday.