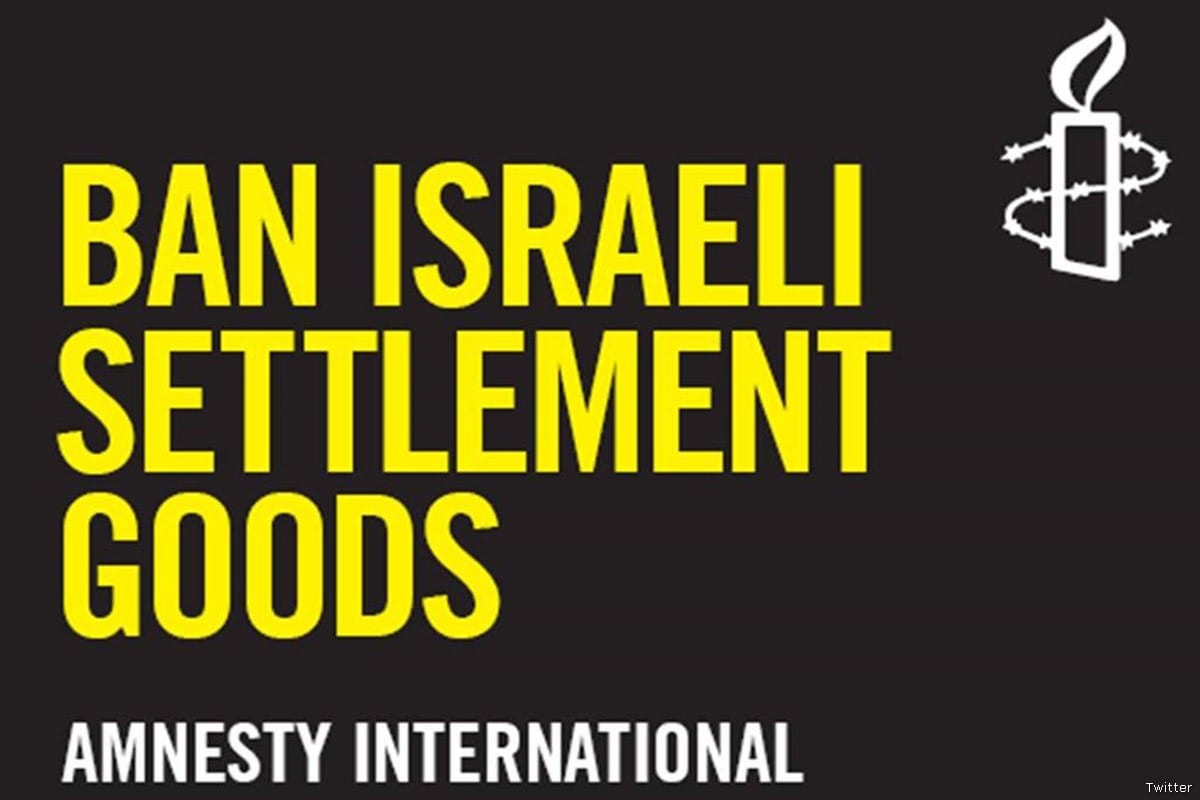 The hamper was stocked with olive oil, wine, dates and oranges produced in Israeli settlements illegally established in occupied territory, and labelled with "Delicious but tainted" stickers.

According to Amnesty, "these items are just some of the thousands of products from illegal Israeli settlements that end up on our shelves in the UK."

In addition to the hamper, Amnesty activists also submitted a petition "urging the UK government to ban Israeli settlement goods", which more than 50,000 members of the public had signed.

"For over 50 years, Palestinians have been forced from their homes, detained and killed – all to make way for more illegal Israeli settlements", Amnesty stated. "Products from those settlements often make their way into UK markets and onto our shop shelves.