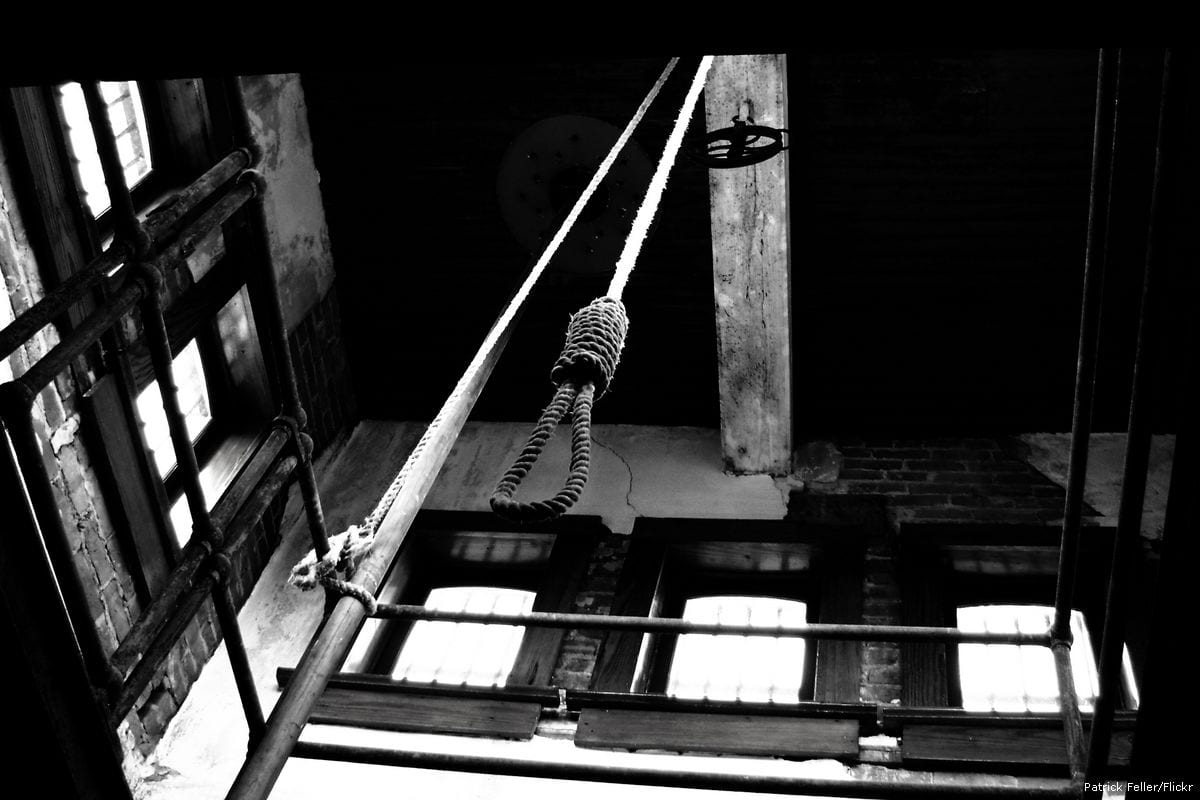 An execution is about to take place using the method of hanging [Patrick Feller/Flickr]
January 2, 2019 at 10:57 am

Saudi authorities executed two Egyptians and a Pakistani citizen on the first day of 2019.

The country's Interior Ministry carried out the death sentence against the two Egyptians for smuggling drugs into the Tabuk region.

The ministry said in a statement that Ataiwi Suleiman and Sobhi Ouda had been arrested while smuggling a large quantity of banned amphetamines, cannabis and opium by sea into the kingdom.

Authorities also carried out the death sentence against Nizar Ahmad Qal Ahmad, a Pakistani national, after he was convicted of smuggling heroin into the kingdom.

According to Saudi media, the death sentence against the three expats was supported by the Court of Appeal and the Supreme Court as well as by a royal decree.

According to the European-Saudi Organisation for Human Rights, in 2018 Saudi Arabia executed 143 people; 57 of them over drug offenses.

Saudi Arabia is ranked among the top five executioners in the world.