Will the US actually withdraw from Syria? 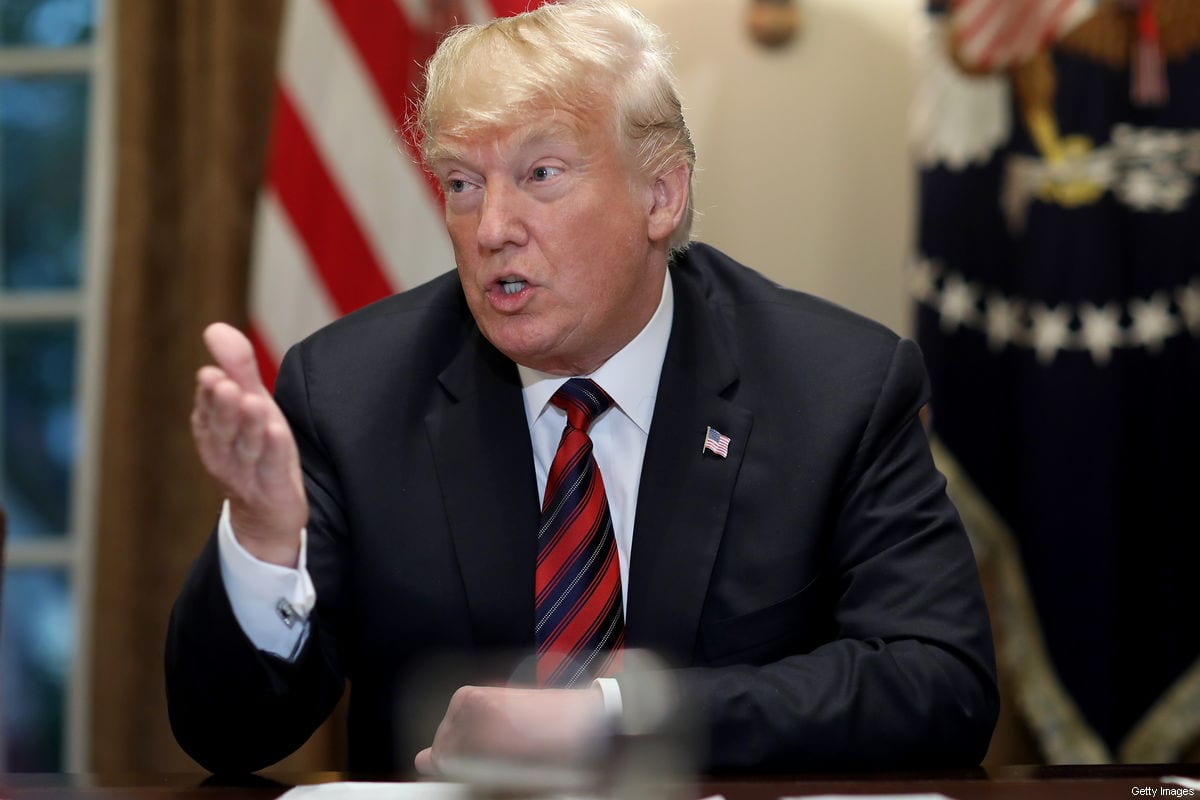 President Donald Trump added another entry to his record of surprise foreign policy moves last month when he announced that the US would be withdrawing its forces from Syria. Claiming that Daesh had been defeated, the proposed exit sent shockwaves among fellow members of the international coalition and stunned US forces on the ground in Syria, who had just finalised commitments to remain in the country until at least 2020. The president's insistence on the move resulted in US envoy to the coalition Brett McGurk and Defence Secretary James Mattis resigning, both stating that they could not continue their roles within the confines of Trump's decision.

However, as the dust has settled, the extent of the unknown factors surrounding the withdrawal that remain have come to the fore. Trump backtracked on the 100 day time-frame he previously suggested for the exit, with security advisors positing that a full withdrawal could take several months. In the past month, deadly attacks by Daesh militants and an imminent Turkish offensive against the Kurds have cast doubt over how such an exit could be achieved without the US sacrificing all it has gained over the past four years. The Syrian war remains far from over, and the path ahead is set to be rockier than expected.

'We have defeated ISIS'

Making the announcement on his favoured medium, Twitter, Trump justified the US withdrawal on the pretext that Daesh had been defeated. The unprecedented presumption was quickly denounced by US personnel on the ground and other members of the international coalition, who were engaged in an ongoing battle with the last, but fierce, pocket of militants in Deir Ez-Zor in the east of the country, alongside the Syrian Democratic Forces (SDF). In the wake of official resignations, a clear divide started to emerge between Trump and his blindsided senior advisors. Last April, the cabinet had attempted to block a pull-out then proposed by the president, suggesting that Trump had now evaded consulting them altogether.

The move was unsurprisingly praised by the Syrian government and its ally Russia, which has repeatedly called for all uninvited foreign forces to leave. Despite US advisors pointing to the major boon a withdrawal would be to arch-enemy Iran, President Trump reportedly declared that Tehran could "do what they want" in the country and that Syria was worth only "sand" and "death".

Statements from US National Security Advisor John Bolton highlighted the rift; during a visit to Israel he outlined conditions that could leave US forces in Syria for months or even years, which included the irrefutable defeat of Daesh militants. Secretary of State Mike Pompeo added to the confusion on his own tour of the Middle East earlier this month, stating simultaneously that the US was serious about its withdrawal but that it would be more active in the region than before and would not leave before it had expelled "every last Iranian boot", without giving any specifics.

The mass of contradictions was underlined even further after an attack — claimed by Daesh — resulted in the death of four US soldiers; only two had been killed in Syria in the past four years of the operation. Even as Trump's assertion that Daesh was gone was shown to be far from true, Pompeo persisted and proclaimed that the group's so-called caliphate had been destroyed just a day after a second attack on US troops in the northern city of Manbij.

The White House's persistence in denying the facts on the ground indicate that Trump seeks a Syria exit, regardless of the consequences. This was not a decision motivated by any new intelligence or strategy, but rather an impulsive search for a card to play as the US elections approach next year. What will become of US allies on the ground, though, remains to be seen.

The fate of the Kurds

In the days following the announcement, US officials pointed to the fact that Trump had spoken with Turkish counterpart Recep Tayyip Erdogan prior to the decision, suggesting that it was this conversation that prompted the sudden withdrawal announcement. Ankara is a main beneficiary of the plan, having long lambasted Washington for its support of Kurdish militia groups that make up the SDF which are linked to the Kurdistan Workers' Party (PKK), a listed terrorist group that has waged a 30 year insurgency against Turkey.

In December, Erdogan announced that Turkey was preparing to launch an operation against Kurdish Peoples' Protection Units (YPG) east of the Euphrates River. The announcement prompted a sharp rebuke from Washington and weeks of barbs were traded between the two as a result. Yet, overnight, the president seemed to have caved-in to Turkey and chosen to claim a premature victory over Daesh, abandoning the Kurds and their socialist vision.

READ: US diplomat honoured with sword and shield in Syria

Trump's advisors have since applied the brakes on these plans, stressing that the security of the Kurds is still a crucial goal. President Trump once again took to Twitter last week, threatening dramatically to devastate Turkey's economy should any attack be launched against US allies; he proposed a 20 mile "safe zone" instead. Assuming that such a zone will require some administration, the conditions for the US withdrawal seem to have been complicated once more, with Turkey, Russia and others vying for such a management role.

Regardless, a US withdrawal is likely to change dynamics on the ground significantly for the SDF. Shocked at having been stabbed in the back, they have started reconciliation efforts with the Syrian regime and have even appealed to Russia, looking frantically for a backer as Turkey announced itself ready to take Manbij. Whilst neither negotiation has gone far, it is likely that Damascus will come to some understanding with the SDF, favouring its support over remaining Daesh outposts and opposition groups while its army is ill-equipped to overrun the Kurds.

Another Afghanistan, or another Iraq?

The US withdrawal has set Syria on a volatile path. Trump's critics say that the country is at risk of turning into another Iraq, with US Senator Lindsey Graham proclaiming this week that it would be "Iraq on steroids". The hasty and impromptu exit from Iraq ordered by former US President Barack Obama in 2011 laid much of the groundwork for the creation of Daesh, only prompting further US involvement in 2014. Today, despite having defeated the so-called Islamic State, lawlessness and crime are rampant, with militias conducting kangaroo trials and extrajudicial killings of anyone vaguely associated with the extremist group. Sectarianism has reached new heights, with armed gangs conducting revenge campaigns against Sunnis, arbitrarily arresting, torturing and executing men, women and children. The idea that Syria could descend into similar chaos and contribute to a resurgence of Daesh in the region rightly haunts the US administration.

READ: UK pulls more than half of RAF fighter jets from Syria, Iraq

Yet for Trump, the opportunity to brag about avoiding another Afghanistan, where the US military still finds itself some 18 years after America's initial invasion, seems to have been too good to pass up. Staying true to his slogan of "America first", leaving what is increasingly perceived as a proxy war and saving money in the process are easy wins for President Trump to share on social media.

However, uncertainty still remains as to what withdrawal actually means. Whilst US troop presence is set to be scaled down, so far American airstrikes have continued against Daesh militants in Deir Ez-Zor. Trump's suggestion of a 20 mile safe zone in the north also implies that the US will have some role in at least determining the area, if not in administering it. With an unspecified time period for the exit, it's possible that it could be dragged out over a much longer time span, so as to prevent the Kurds from being left in the lurch. The US is also likely to support Israeli airstrikes against Iranian targets in Syria, which are also left vulnerable in the absence of US forces restraining Iran's influence. It is reasonable to say, therefore, that while a US physical presence in Syria may be diminishing, Washington's involvement in the region is far from over.