#WeAreAllMary: Fighting for the rights of women in Jerusalem 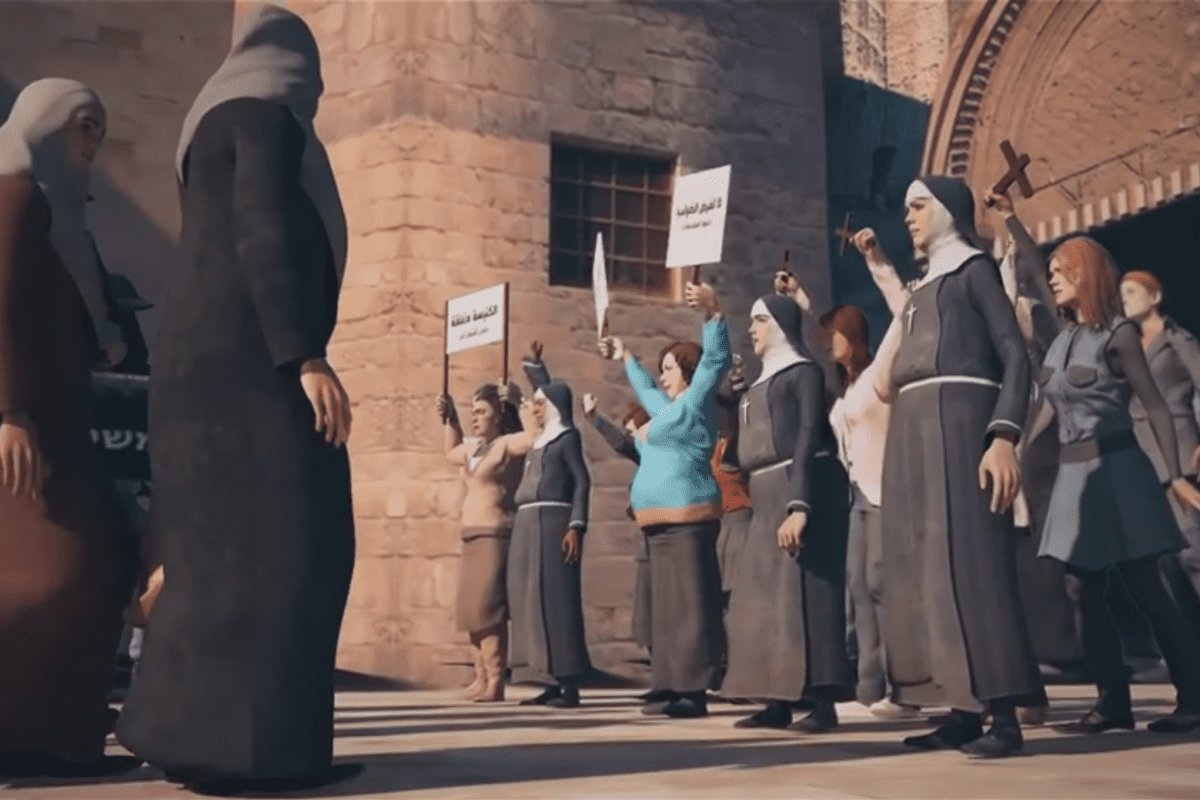 A screenshot from the animated campaign video created by the #WeAreAllMary movement [Facebook]
January 31, 2019 at 2:45 pm

A global campaign highlighting the plight of the Palestinian women of Jerusalem living under Israeli occupation has taken social media networks by storm.

Launched on 28 January, the #WeAreAllMary campaign set out to shed light on the struggle of Palestinian women and the challenges they face living under occupation. It aims to show solidarity with the women and "contribute to the lifting of injustice upon them".

Images of the cruel reality endured by women in occupied Jerusalem.#WeAreAllMary pic.twitter.com/KbRhQVJ7P1

Images of the cruel reality endured by women in occupied Jerusalem.#WeAreAllMary pic.twitter.com/WMRIJn2D0e

"Mary" is described by the campaigners as "a symbolic figure inspired by the reality of the women of al-Quds who faces oppression for following and standing firm to the values and principles she believes in." The campaign's name is also inspired by the blessed mother of Jesus, who in Quranic and biblical traditions is no stranger to the streets of the Holy City of Jerusalem.

Who are we?
We are a group of people sharing the same interest of standing with oppressed women in troubled geographies, in hope to end the injustice in the world.
To support women of al-Quds, whose suffering is similar to Mary's. pic.twitter.com/xjNX2Rd8eO

The international campaign which promotes solidarity with the women of Jerusalem, has invoked an international response with the hashtag #WeAreAllMary.

Jerusalem women have faced the struggle and continue sacrificing daily to fight for freedom, to reject humiliation, and to resist Israeli occupation. #WeAreAllMary pic.twitter.com/L3tjKDlGBI

An Israeli occupation hitting and removing the hijab of a Jerusalemite women, violently.#WeAreAllMary#FreePalestine 🇵🇸 pic.twitter.com/cX669Uq7Pl

The hashtag made rounds on social media in various languages including in Arabic #كلنا_مريم, Turkish #HepimizMeryem and Malay #KitaSemuaMaryam.

We support the project of the #WeAreAllMary have started to support the brave women of Jerusalem as @TRturkab. #HepimizMeryemiz pic.twitter.com/WrXoEoQEXi

The campaign has helped bring to life the Jerusalemite woman, raising awareness of individual stories and achievements: