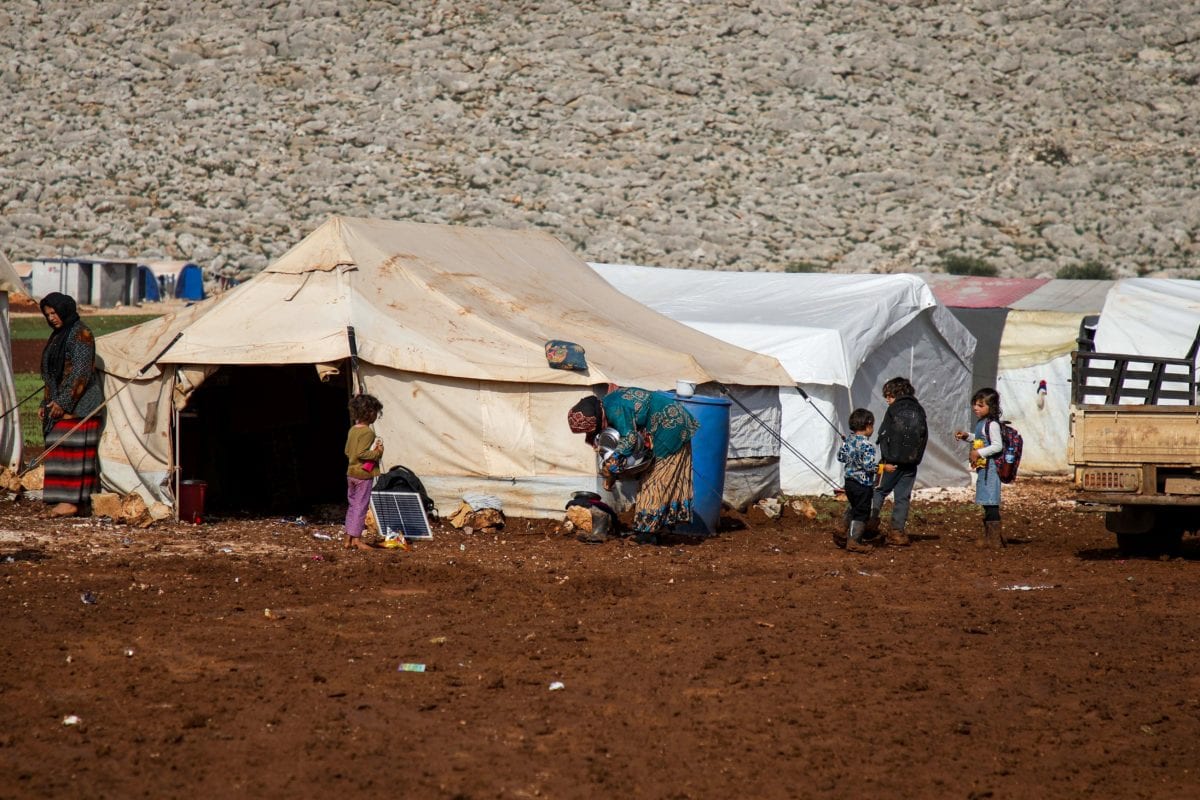 Syrians outside tents at a camp for the displaced near the town of Sarmada in the northern countryside of the rebel-held Idlib province, on 1 December, 2018 [AAREF WATAD/AFP/Getty Images]
February 6, 2019 at 8:59 pm

The largest United Nations humanitarian aid convoy since the start of the Syrian conflict has reached Rukban refugee camp, where thousands of desperate people are stranded in the desert close to the border with Jordan, the UN said on Wednesday, reports Reuters.

The United Nations said the convoy of more than 100 trucks was carrying food, sanitation and hygiene supplies, and health assistance to the camp.

"Conditions at Rukban are increasingly desperate. The vast majority of people at the site are women and children who have been staying there for more than two years in harsh conditions," Fadwa AbedRabou Baroud, a UN Damascus-based spokeswoman said.

The Syrian Arab Red Crescent (SARC) is also taking part in the convoy, which will involve an emergency vaccination campaign for 10,000 children against measles, polio and other diseases.

Rukban, located close to the Tanf US military base in the desert near where the borders of Syria, Jordan, and Iraq converge, is home to between 40,000 to 50,000 people whose last UN aid convoy arrived in November.

In the last three years, tens of thousands of people have fled to the camp from Daesh-held parts of Syria being targeted by Russian and US-led coalition air strikes.

Rukban lies inside a "deconfliction zone" set up by US forces. Moscow and Damascus who say US troops are occupying Syrian territory and providing a safe haven for rebels have been pushing Washington to leave the area.

The US-protected zone has encouraged many of Rukban's inhabitants to stay rather than go back to their homes in areas under government control where they fear retribution by the Syrian army, local officials say.

Many youths fear being dragged into the army.

Both the United Nations and Jordan, where the camp is close to its border, says the situation is not tenable in the long run and residents should be encouraged to voluntarily leave.

Shortages of food and medicine at the desolate camp have caused dozens of deaths in the last few years, aid workers say.

"While this delivery of assistance will provide much-needed support to people at Rukban, it is only a temporary measure," acting UN Resident and Humanitarian Coordinator Sajjad Malik was quoted as saying in the statement.