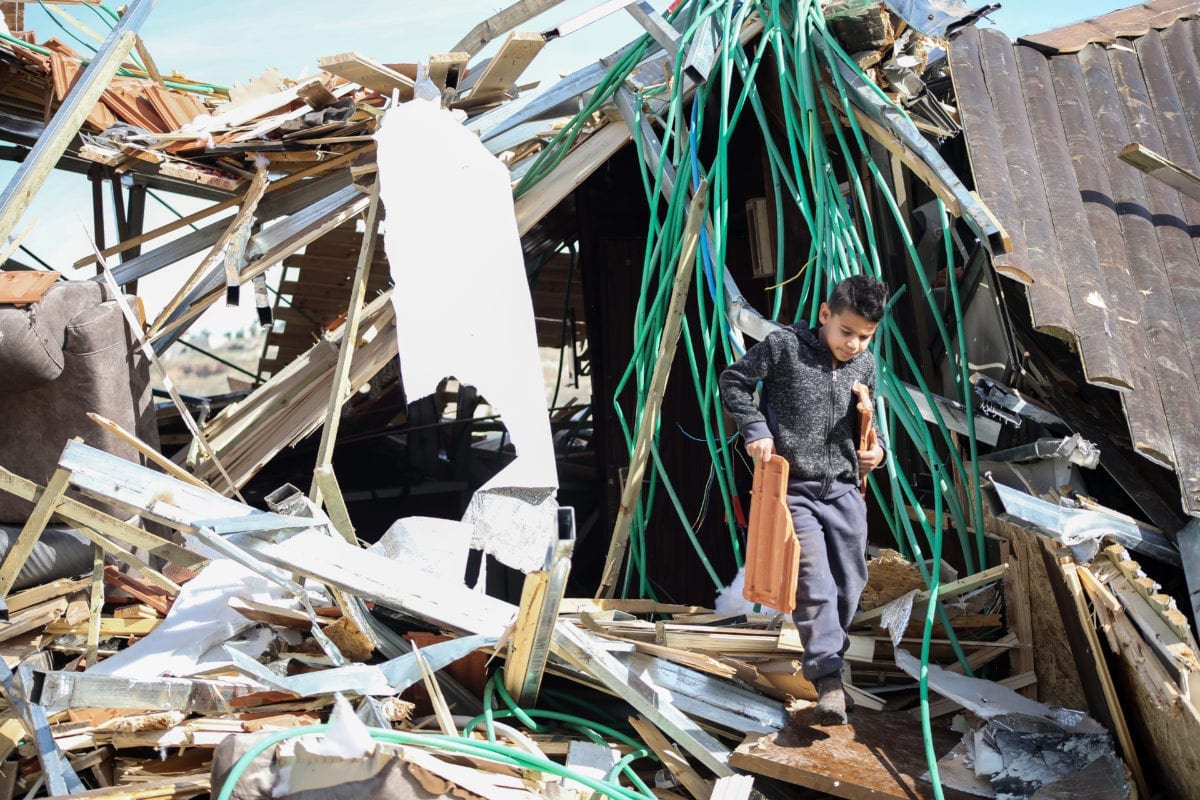 Palestinians collect their belongings amid ruins of their house after Israeli authorities demolished their home on 28 November 2018 [Mostafa Alkharouf/Anadolu Agency]
March 4, 2019 at 12:52 pm

The Israeli occupation authorities have rejected applications from Palestinian residents to build homes in occupied Jerusalem, Haaretz reported on Sunday. The Jerusalem Planning and Building Committee, turned down some 20 applications for residential building permits submitted by Palestinians.

According to the newspaper, this means "rejecting a long-standing procedure for establishing land ownership in East Jerusalem." It reported that representatives of the Israeli right-wing parties and the secular Hitorerut ticket on the city's zoning board voted against the building plans, pointing out that this decision prevents the Palestinians from building any homes in the city in the future. Members of ultra-Orthodox parties, apparently, voted in favour of the applications.

The pretext, according to Haaretz, is that the land in question is claimed by Israel to be state land. Around 90 per cent of private land ownership in Jerusalem is not listed in the Israel Land Registry. Consequently, the Palestinians will not be able to apply for building permits and, in any case, the Israeli-led city municipality would not be obliged to provide basic services.

Haaretz pointed out that 330,000 Palestinian residents of Jerusalem face a serious housing shortage due to years of neglect in Palestinian neighbourhoods, including the lack of any zoning plans and infrastructure in these areas. The Palestinians say that such measures are intended to be part of Israel's Judaisation of the city, which include emptying it of its Palestinians residents.