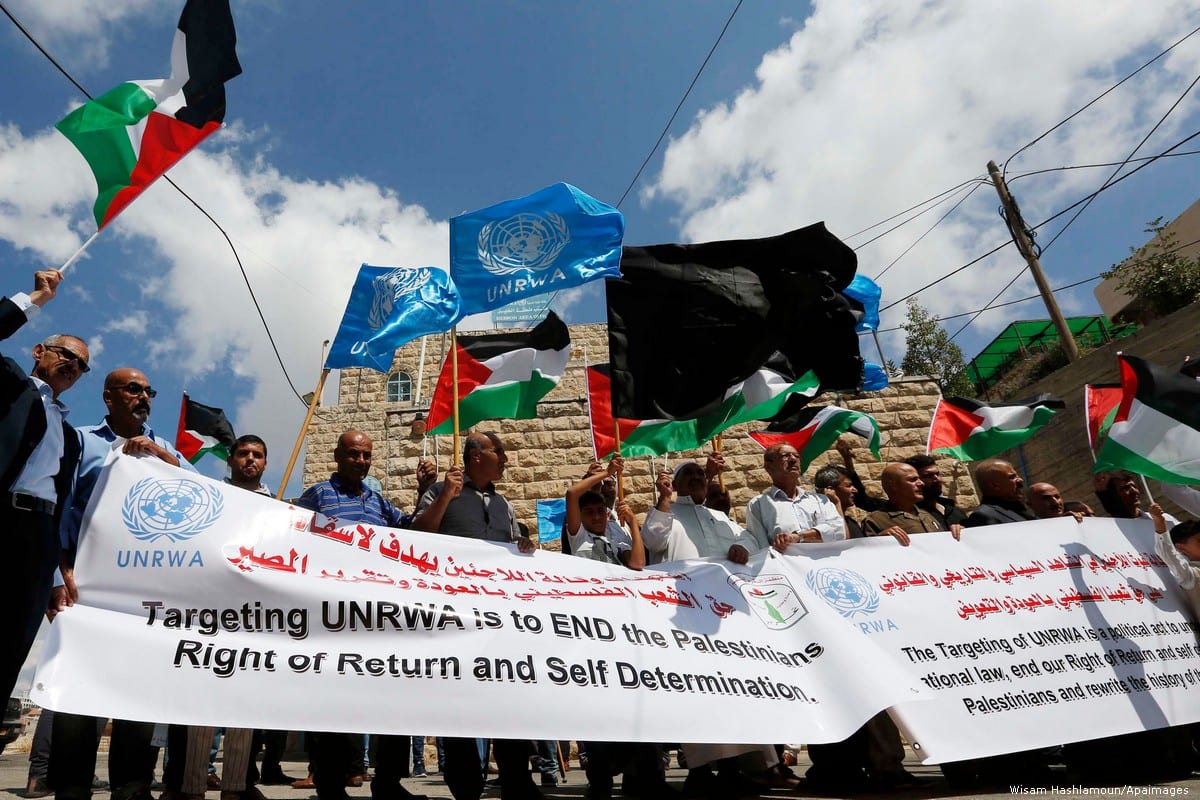 UNRWA Operations Director in Gaza Matthias Shamali said yesterday that the international organisation would not take measures to ensure employee job security due to the financial crisis it is facing, Safa news agency reported.

Shamali met with the Coordinator of the Joint Committee of Refugees Mahmoud Khalaf and discussed the issue of the part time employees, those on temporary contracts, emergency employees and many other issues related to job security.

Khalaf told Shamali that employees feel insecure in their jobs because their salaries are now being paid through the emergency budget not the general budget. He called for them to be given full time contracts.

In addition, he asked Shamali to resume paying rent for Palestinians whose houses were destroyed during the Israeli offensive on Gaza in 2014.

He also asked for increasing the number of cleaners and school guards as part of the job creation programme funded by Qatar.

Meanwhile, Shamali said that the UNRWA would not be able to meet most of these demands because of the budget deficit it is experiencing, noting that the organisation has secured sufficient funding to operate until June.

Last year, the US State Department said Washington would "no longer commit funding" to the UNRWA.

The US had been UNRWA's largest contributor by far, providing it with $350 million annually — roughly a quarter of the agency's overall budget.

This came a month reports emerged of a secret American report stated that there are only 40,000 Palestinian refugees, noting they are the Palestinians who left their home land in 1948 and remain alive today and not their descendants.

US President Donald Trump's senior advisor and son-in-law, Jared Kushner, is reported to have tried to pressure Jordan to strip more than two million Palestinians of refugee status in a move that aims to end the work of the United Nations Relief and Works Agency for Palestine Refugees (UNRWA).