Jewish MK: Israel's left has failed to provide an alternative on the Palestinian conflict

As the Israeli elections on 9 April approach, MEMO interviews MKs, current and former, as to their experiences of working within the Israeli political system and their hopes for the future.
March 23, 2019 at 8:30 am | Published in: Interviews, Israel, Israeli Elections, Middle East, Palestine, Syria 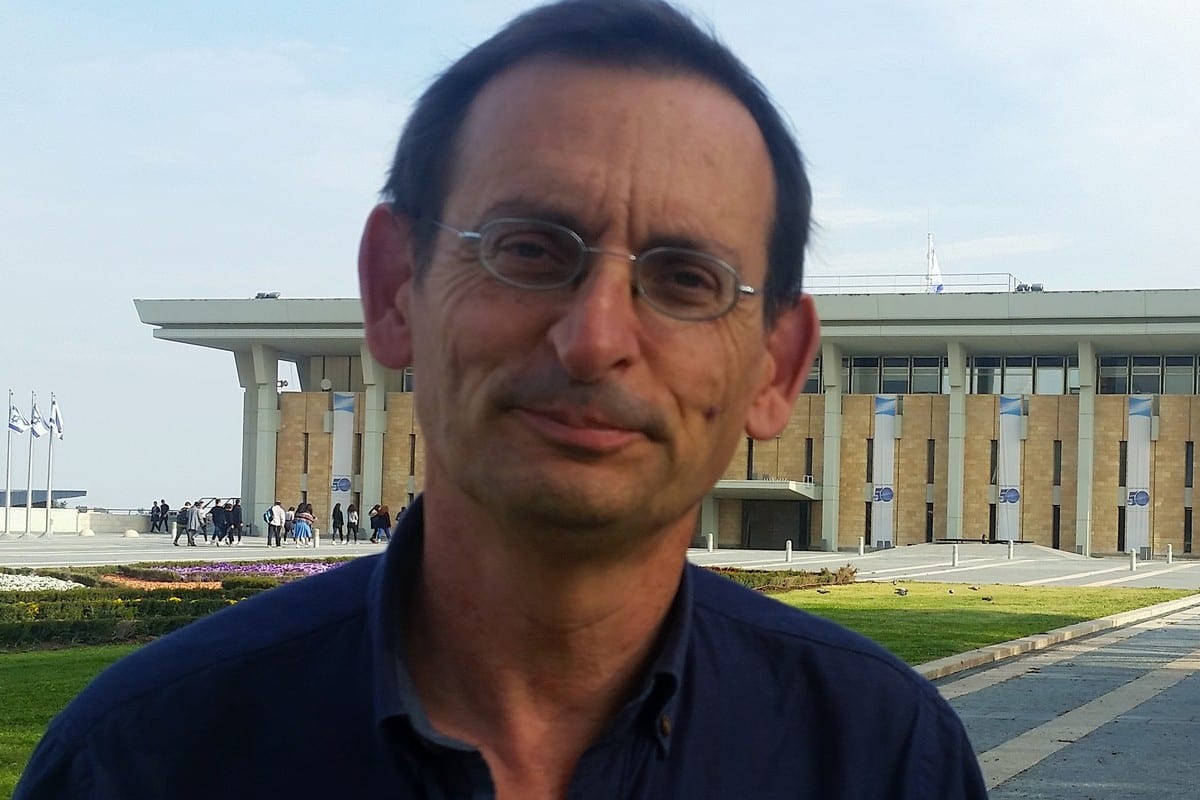 Israeli Knesset Member (MK) Dov Khenin boasts a long record of public service; he has been active in Israeli politics for some 29 years and served four Knesset terms. But perhaps most notably, he is the only Jewish member of the Arab-Israeli party Hadash (Al-Jabha), and so his decision not to run in the upcoming Israeli elections was met with considerable surprise.

"I've decided not to run [in] this election because I think what is needed in the Israeli arena is a recreation of a broad, mass, bottom up movement on the left-side of Israeli politics. And I think that this endeavour is in a way even more needed than representing the left inside the Knesset," Khenin says.

With right-wing parties featuring most prominently on the Israeli political spectrum, Khenin believes strongly in the merits of grass roots activism in creating organic support for an alternative: "I see the possibilities; the challenge is to unite these forces and to in a way translate the potentials existing in our societies to a real force of change, a change that will confront the rising racist, right-wing forces in Israel. We should confront them not only in the Knesset, but also in public."

His decision to leave Hadash drew more attention by virtue of his replacement; Ofer Cassif has been noted as more forthright than his predecessor, often drawing ire from fellow party members for his frank condemnation of Israeli aggression and those who support it.

"Everyone has his own way of doing things, of saying things. I would like Ofer Cassif to succeed, I told him and tell him all the time that I am completely willing to assist him in any way so that he can be a successful member of Knesset, dealing with the political issues and dealing as well with the small practical issues that affect many people," Khenin says of Cassif.

Last weekend, Israel's top court rejected a petition submitted to the country's electoral committee that sought to ban Cassif from standing in the election next month.

"There were no legal grounds for this move, it was clearly and purely a political move by the Israeli right-wing, to eliminate the political representation of the Arabic population on Jewish democratic forces in the Knesset," Khenin argues.

The petitions against Cassif, as well as Arab-Israeli alliance Ra'am-Balad, came in response to a series of appeals filed against the ultra-right-wing Otzma Yehudit party, one of which was upheld, with the party's leader Michael Ben Ari banned for racism and incitement.

"I note with approval the decision of the Supreme Court to prohibit an extreme, racist candidate, of the Kahanist group from running in the Knesset," Khenin says, referring to the ideological links between Otzma Yehudit and the teachings of extremist rabbi Meir Kahane, which inspired the 1994 Ibrahimi Mosque massacre in Hebron. "This is of course important; but I think that the Supreme Court itself cannot stop the political move on [Israeli Prime Minister] Benjamin Netanyahu … and the extremist, racist, fascist alliance in Israel."

INTERVIEW: What would a non-colonial State of Israel look like?

Although recent election polls have seen leader of the Blue and White (Kahol Lavan) alliance Benny Gantz regain his lead over Netanyahu's Likud party, overall the right-wing bloc is still likely to receive more seats than the centre-left. Despite predictions that an indictment would reduce the incumbent prime minister's popularity, other-right wing parties will likely endorse Netanyahu once again as leader of a coalition. According to Khenin, this is because the Israeli left has failed to provide a genuine alternative.

"We should confront Netanyahu not only legally, but mainly politically. And unfortunately all the parties in the centre, the Blue and White and the Israeli Labor Party, both these important centre parties do not offer Israelis a clear alternative to the political ways of Netanyahu and the Israeli right-wing." 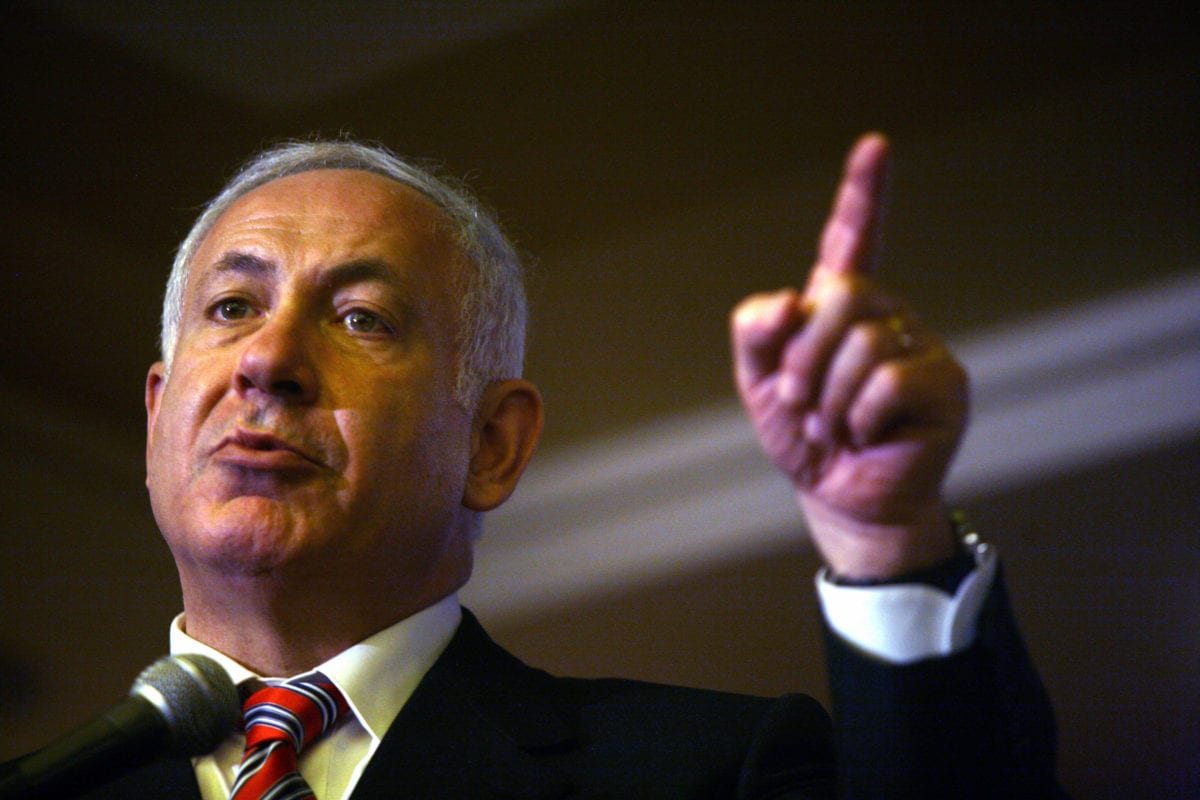 "Without a political alternative I think that the chances that they will be able to overcome Netanyahu are getting slimmer," he adds.

Yet a right-wing dominated Knesset would pose numerous problems for Palestinian citizens of Israel and for Palestinians in the occupied territories, including the enshrinement of the Nation-State Law, increased settlement construction in the occupied West Bank and intensified military offensives on the besieged Gaza Strip.

Therefore I think it's very essential for the Arab population to realise that there are real dangers ahead, and I would like to use this opportunity to call Arab citizens of Israel, come on mass to vote against Netanyahu and the right-wing in this election

Despite the irresolution of the Palestinian issue, there has been a notable absence of proposed policies towards resolving the conflict in party manifestos. Earlier this week, former Israeli Defence Minister Moshe Ya'alon – whose Telem party forms part of the Blue and White alliance – said that the coalition had deliberately chosen not to focus on relations with the Palestinians in its efforts to remove Prime Minister Benjamin Netanyahu from power.

"I think this in a way reflects the despair of most Israelis of the ability to achieve an Israeli-Palestinian political settlement. This is very unfortunate and I think that we should do more in order to persuade Israelis that one cannot ignore the Palestinian issue," he stresses. "Achieving a just peace between Israelis and Palestinians is still the most important challenge facing Israeli society."

It is this pessimism that Khenin is now dedicated to challenging; in his view, most Israelis do support the principle of a two-state solution but have been told such a proposal is unfeasible.

READ: Israel's courts are under attack from the right-wing

"Past leaders of Israeli centre and moderate parties, like Ehud Barak, told them that they were willing to offer the Palestinians everything and that the Palestinians were not willing to take," he explains. "In that way, Barak helped the right-wing to persuade Israelis that this is not achievable; this is not on the cards. That is the main reason why so many Israelis while supporting a two-state solution, when coming to vote, they vote for right-wing political parties."

The political right in Israel has also been bolstered in by the election of US President Donald Trump – most notably by the decision to recognise Jerusalem as the capital of Israel, which was met with near unanimous international condemnation and protest.

"President Trump does whatever he can in order to support Netanyahu; not only on the issue of Jerusalem, but also on the occupied territories, generally on the issue of settlements, the issue of the Syrian Golan Heights," says Khenin, adding that Trump would do all he could to see Netanyahu elected prime minister for a fifth term.

"Netanyahu will visit the US a few days before the election and I'm sure that pictures of the two of them embracing and perhaps Trump saying warm words about Netanyahu will emerge, I think this is part of Netanyahu's strategy."