Syria's challenges in the post-Daesh era 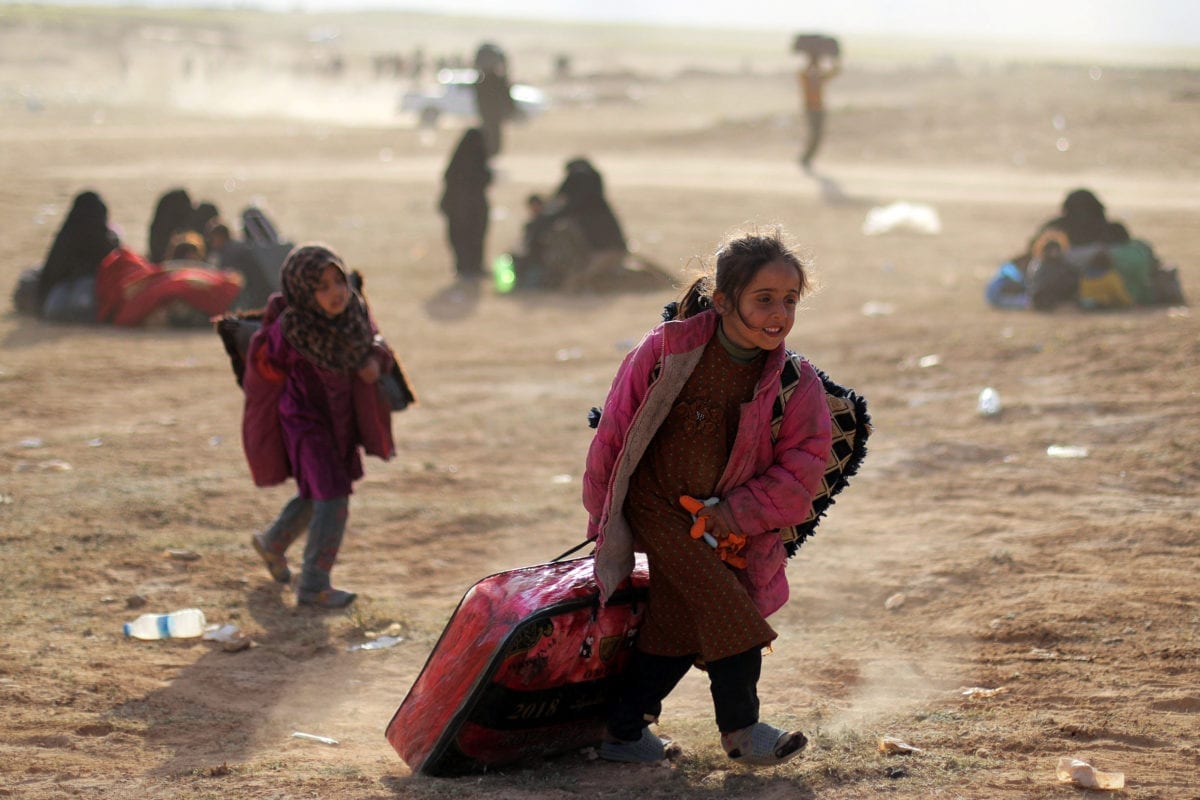 After four and a half years, the physical existence of the so-called Islamic State, also known by its Arabic acronym of Daesh, came to an end last month. The US-led international coalition claimed victory after a six month campaign on the last Daesh stronghold east of the Euphrates, ending in the tent city of Al-Baghouz, as women and children fled to refugees camps under the administration of Kurdish militias. US President Donald Trump declared that the American-backed forces had ensured that the militant group was "100 per cent" defeated, using maps of the territory the group previously held compared with its current situation.

Yet whilst its physical presence may be diminished, the challenges Daesh poses to the region are far from over. From the fate of the thousands of fighters, foreign and local, who willingly and unwillingly joined the militant group, to the physical devastation imposed on the lands they occupied and then fled, the destruction of Daesh territory is only half of a battle that grew out of a broader and as yet unresolved conflict.

With the next step for the international coalition still uncertain, such a victory may only be temporary, unless concrete action is taken to ensure long term stability and justice.

The fate of refugees and fighters

One of the most urgent issues faced by ground forces in Syria will be the tens of thousands refugees who fled from Daesh-held territory. More than 72,000 people, the vast majority of them women and children, are currently being held in Al-Hawl refugee camp under the administration of the Syrian Democratic Forces (SDF). At least 9,000 are believed to be foreigners, two thirds of whom are children. Being born to foreign nationals, they are eligible for repatriation to countries from which their parents fled, yet few have moved to claim them.

Whilst the US, Lebanon, Russia, Indonesia, Sudan and New Zealand have agreed to accept the return of their nationals, European countries have wrestled with how to handle suspected militants' families.

READ: US has 'no clear strategy' in Syria: Turkish FM

Controversy erupted in Britain last month after it emerged that the newborn son of 19-year-old Shamima Begum, who travelled to Syria as an "ISIS bride", had died, just weeks after she had been stripped of her UK citizenship and barred from returning home. Weeks later, France announced that it had repatriated five young children from camps in northern Syria, but repeated its position that adult citizens who had joined Daesh abroad should be tried on the spot. The case of two Belgian women, who along with their children have been denied the right to return home, further calls into question how committed European states are about taking responsibility for family members left behind post-Daesh.

The fate of fighters is also under discussion. Although the SDF has called for an international tribunal to be held to determine their guilt and punishment, the suggestion has been dismissed by the US Special Envoy for Syria, James Jeffrey. However, the SDF cannot hold fighters indefinitely, and has already appealed for funding to aid the containment of captured militants. Without functioning legal systems, the difficulty of ascertaining who are fighters who perpetrated crimes on behalf of Daesh and who are among the thousands of locals who were coerced into joining the group is also likely to become even more of a problem. 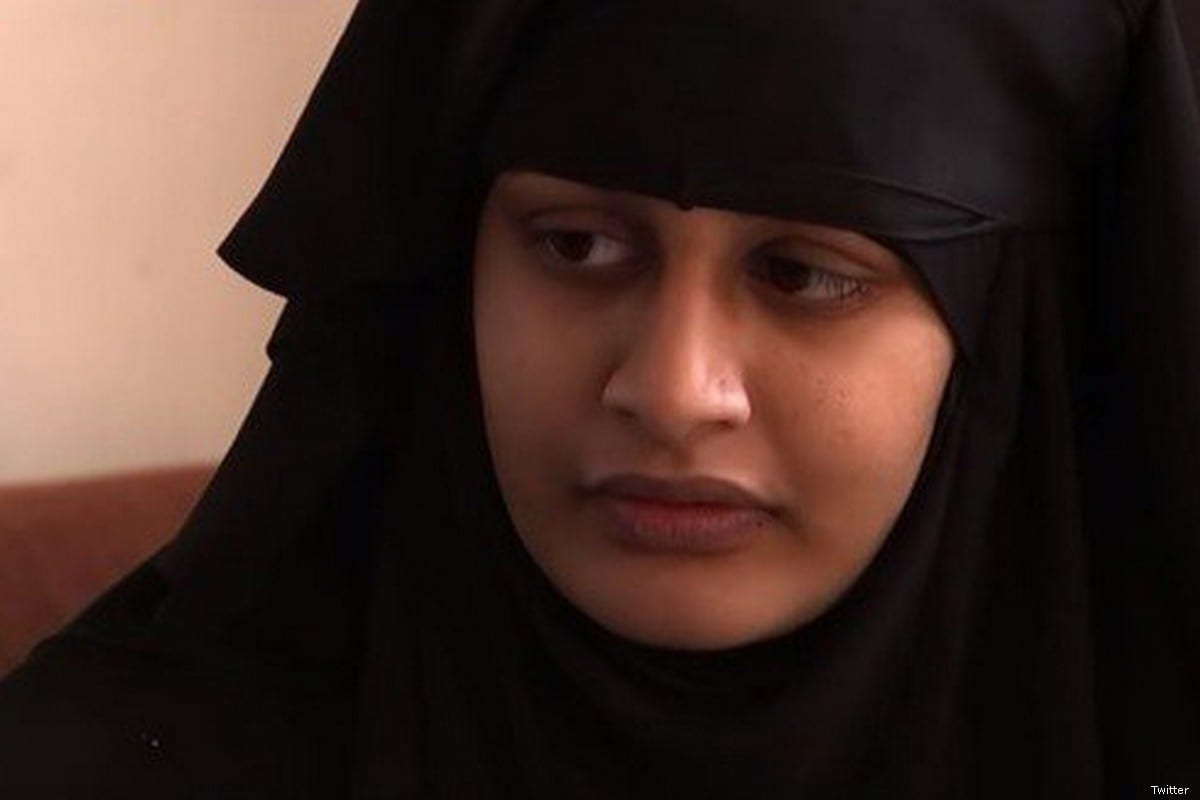 There is also concern over a potential resurgence of the group. The remaining militants scattered across the country are resorting increasingly to guerrilla warfare, with the SDF investigating and detaining several suspected members of Daesh cells. Isolated attacks and suicide bombings also continue to claim the lives of fighters and civilians alike. In February, the Pentagon's official watchdog released a stark report which predicts that without sustained pressure, the terror group could likely resurface in Syria within six to 12 months and regain limited territory.

As for the thousands of local residents who were forced to live under Daesh rule and now seek shelter in camps, their struggles are heightened further by the fact that many have no homes left to return to.

Syria's reconstruction after eight years of war will, it is estimated, cost $350 billion, and much of the damage in the country's major towns and cities was sustained during the battle against Daesh forces. Some 34,000 air strikes conducted by the US-led coalition destroyed homes, schools and public infrastructure in major cities like Raqqa, yet no coherent plan to rebuild has been put forward. Instead, President Trump last year cancelled unilaterally $230 million set aside for reconstruction, calling for the other members of the coalition to play a greater role.

Yet with basic public services suspended, burgeoning tensions have the potential to destroy relations between local tribes; authorities are often accused of distributing resources unfairly to favour Kurdish towns over Arab areas. A flare up between civilians and the administration could see remaining Daesh militants instrumentalise local concerns to elicit sympathy and regain a foothold.

Landmines also pose a major issue; a core Daesh weapon used against SDF ground forces, unexploded ordnance litters the group's former territory. Often planted to slow opponents down, de-mining former strongholds continues to be a major challenge in areas from which Daesh has been ousted. At least 65 people were killed by exploding mines in March, according to the Syrian Observatory for Human Rights. In civilian areas, the fears of landmines have prevented many refugees from returning home, with little effort made towards the discovery and disarming of the remaining explosives.

Whilst in neighbouring Iraq the gradual reconstruction of major cities like Mosul is underway, rebuilding Syria is complicated further by the ongoing civil war in the country, now in its ninth year.

Revolution back in focus

The problems faced by Syrians formerly under Daesh rule are made all the more difficult by a lack of a resolution to the conflict that sprang from the uprisings of 2011. With no functioning government over the whole country, civilians find themselves in a state of limbo; the east of Syria is currently administered by predominantly Kurdish militias who have neither the means nor the authority to govern the zone.

This reality is likely to throw the ongoing Syrian conflict into even sharper focus. Although the government considers itself to have largely won the eight-year war, up to a quarter of the country remains under the control of the SDF, and some northern provinces, including Idlib and Aleppo, are split between the Syrian opposition and Turkish-backed factions.

In the aftermath of Donald Trump's shock announcement in December that American troops would withdraw from Syria, Kurdish ground forces attempted to mend ties with the regime. Such negotiations are continuing, with SDF commander-in-chief Mazlum Kobane affirming this week that the SDF is part of Syria and does not intend to separate from it; he stressed the need to communicate with Damascus to address controversial issues.

The ongoing threat of a Turkish invasion against People's Protection Units (YPG) militias linked to the Kurdistan Workers' Party (PKK) is also likely to push the Kurds further towards the Assad regime in Damascus. Last week, one Turkish soldier was killed and another was wounded in a mortar attack believed to have been the work of the YPG; Turkey's military retaliated, indicating that the possibility of escalation remains. Many Kurds have their eyes on Afrin, a city bordering Turkey that was secured by Ankara as part of Operation Olive Branch last year, despite US warnings against increasing tension.

Meanwhile, Russian air strikes have supported the regime in a renewed bombing campaign in the north of the country in recent weeks. Although last September's Sochi deal stipulated a ceasefire, some 5,000 violations have been committed by the Syrian government and its allies, resulting in the deaths of nearly 300 civilians. Calls on the part of the opposition and Turkey for the deal to be upheld have been largely ignored, as residents become increasingly exasperated by the failure of Turkish forces to respond to the bombardments, despite conducting joint patrols of the area alongside Russian troops.

Addressing the fallout of the so-called Islamic State's demise will be one of the most crucial and long term challenges faced in the post-Daesh era, with the lives of tens of thousands already hanging in the balance. The focus is also likely to shift back towards the primary parties of the Syrian conflict, and strengthen calls for a more permanent solution needed to ensure stability and prevent militants gaining ground. Although the demands of the revolution have so far stood the test of time, the international community faces a critical juncture about whether it will let the fear of a Daesh resurgence be the sole determinant of Syria's future.