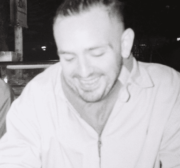 Was recently informed about the death of @NipseyHussle and I was saddened to hear about his death and the other 10 people killed in Los Angeles last week. How can one take someone's life so easily? 'Baby Don't Cry Gotta Keep Your Head Up Even when The Road is Hard Never Give Up'

The tweet included a quote of the lyrics to Tupac's posthumously released, "Baby Don't Cry (Keep Ya Head Up II)", provoking speculation that the ex-president could be a secret West Coast hip hop fan.

Some pointed to Ahmadinejad's hypocrisy quoting a Tupac song when, as the newly elected president in 2005, he banned all Western music from appearing on Iranian state TV and radio.

Most users resorted to expressing their confusion with GIFs, perhaps unable to articulate appropriate words for the out of character tweet.

I won't lie, like, I'm seriously shocked 😨. I properly went on to the account and for sure, it is the ex-president of Iran. Like it's legitimately him. 🕴🏻

Some music aficionados appreciated the ex-president's accuracy when it came to Tupac's lyrics, with Talk2Jack thanking the former official "on behalf of the Crenshaw district", which Tupac referred to in his songs.

On behalf of my friends from the Crenshaw district thanks 🤷‍♂️