IOM: Health of migrants held by Saudi coalition in Yemen at risk 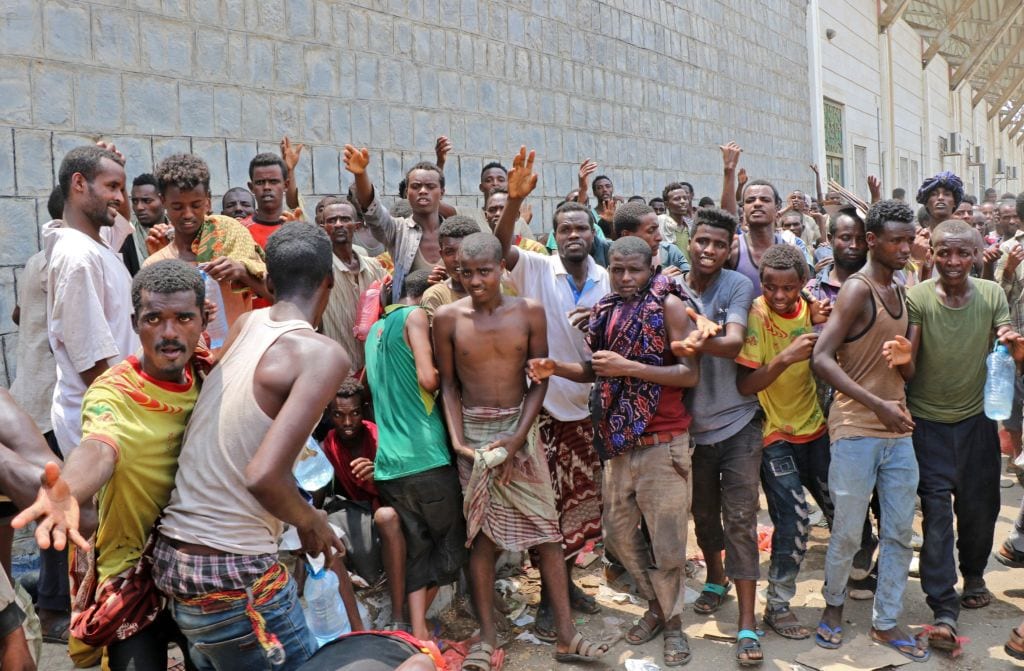 International Organisation for Migration (IOM) revealed on Tuesday that thousands of migrants in the Yemeni areas under the Saudi-led coalition's control are facing dangerous violations.

In a report published on its website, the IOM said: "Some 3,000 migrants continue to be held in two temporary detention sites in Yemen's Aden and Abyan governorates."

According to the IOM, "among those detained are Ethiopian nationals, many practicing Muslims, who are embarking on thirty days of Ramadan fasting while detained."

The IOM also said it "has been providing clean water and emergency food at the 22nd of May Stadium in Aden where nearly 2,500 migrants are detained."

It pointed out that the authorities in Yemen started on 21 April "detaining nearly 5,000 irregular migrants in two sports stadiums and a military camp in the Aden, Abyan and Lahj governorates."

The organisation stated that most of the detainees "are Ethiopians, who entered Yemen to seek livelihoods and opportunities on the Arabian Peninsula." It said that its teams confirmed on 3 and 4 May that there were 2,473 migrants who remain under detention of whom 873 are children.

"Since last week's headcount, more people have been brought to that site. An estimated 500 migrants are also being held in a second sports stadium in Abyan." The migrants in Aden are facing the threat of communicable diseases.

Recently, 1,400 migrants detained in Lahj were released and the IOM said it has been following up on their health conditions because "some had been suffering from acute watery diarrhea (AWD)."

"Tragically, since Wednesday (01/05), 14 migrants have perished from the illness," the IOM said.