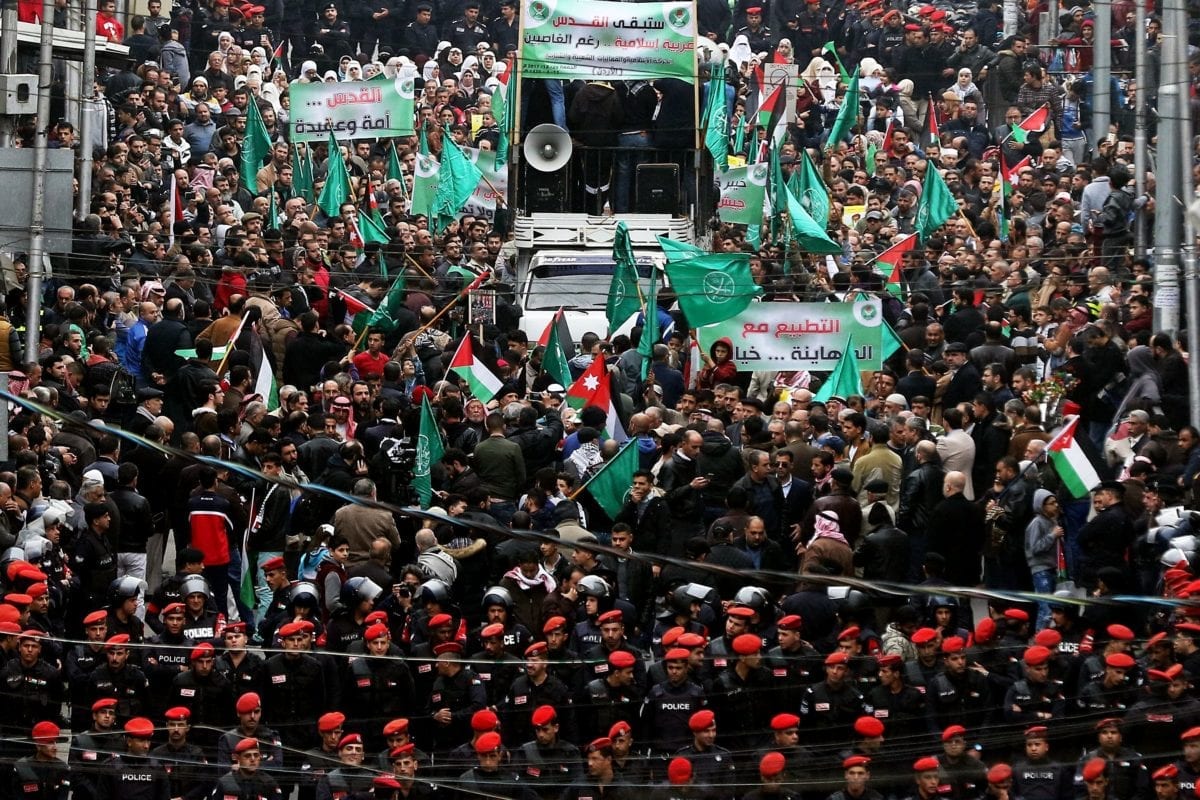 Jordanian police stand guard as protesters wave Palestinian and Muslim Brotherhood flags during a demonstration against the US president's decision to recognise Jerusalem as the capital of Israel, on 29 December, 2017, in the Jordanian capital Amman [AFP PHOTO/Khalil MAZRAAWI/Getty]
May 11, 2019 at 12:27 pm

The Muslim Brotherhood is preparing for a "diplomatic campaign" against the US' plan to blacklist the group.

Deputy supreme guide of the Muslim Brotherhood, Ibrahim Munir, yesterday said that many Western countries are likely unwilling to accept the US endeavour to blacklist the group, noting that its new diplomatic campaign would focus on an international audience.

He continued: "I do not think that EU countries would accept blacklisting the group after the famous report issued by the British government in 2015, which found that the Muslim Brotherhood's ideology stands as a barrier against extremism."

If blacklisted, Munir stressed that members of the group would not become a threat to US interests, pointing to the fact that Muslim Brotherhood members absorbed the shock of 2013, when the first democratically-elected president of Egypt, Mohammad Morsi, was ousted.

"[Egyptian President Abdel Fattah] Al-Sisi will face the same fate of others [who harmed the group]," he said. "All of them passed and the group remained. This will happen soon."

During the interview, Munir called for Al-Sisi to learn a lesson from his predecessors, hailed Morsi and called for him to be patient, and called for Egyptians to unite as they did during the 25 January Revolution in 2011.

Blacklisting the Muslim Brotherhood – which was established in 1928 and has existed in 52 Arab, European, Asian and African countries – would make its members or any people linked to it vulnerable to US sanctions.