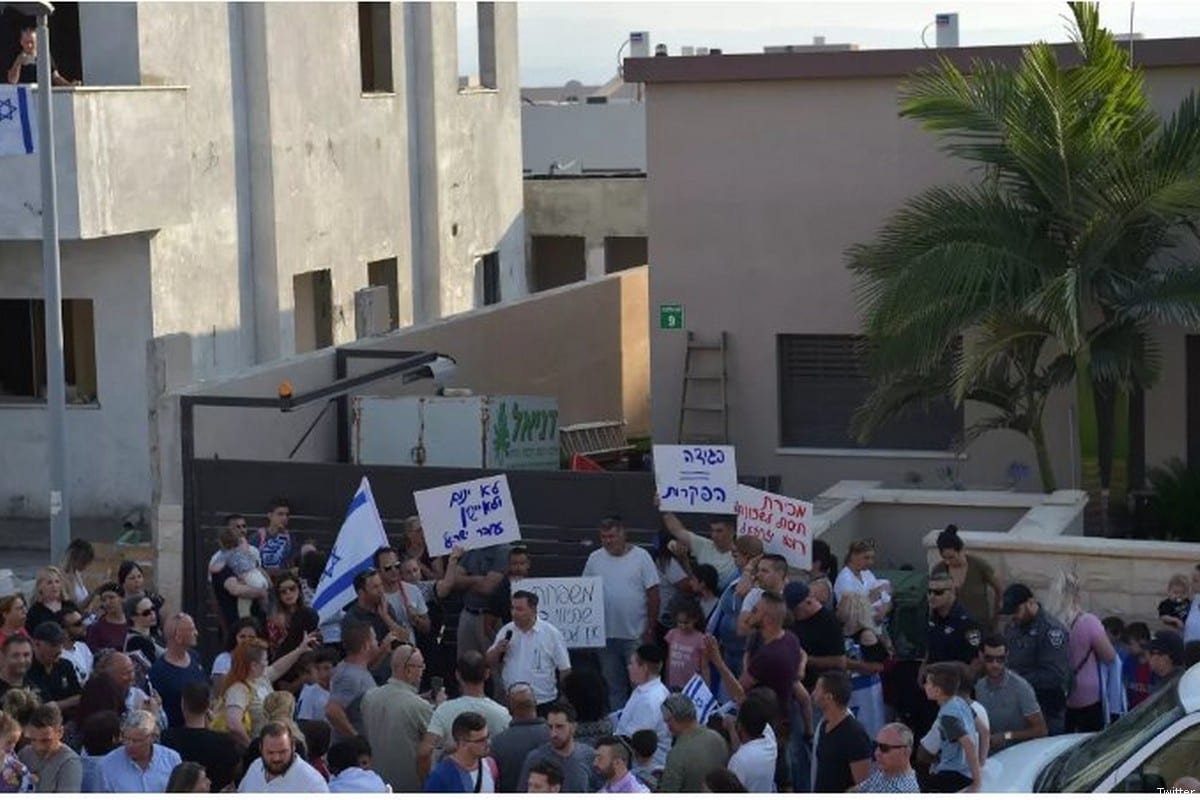 Residents of northern Israeli town Afula demonstrate against the sale of a house to a family of Palestinian citizens on 13 June 2018 [Twitter]
June 17, 2019 at 12:01 pm

Dozens of residents of Israeli town Afula protested on Saturday night against the sale of one home to a family of Palestinian citizens, reported Haaretz.

The protest was attended by Afula Mayor Avi Elkabetz, his deputy Shlomo Malihi, and some members of the city council.

"Our city is being sold," the invitation to the event, issued on Facebook, stated. "We must not lend a hand to this and we must not be silent."

Council member Itai Cohen told Haaretz: "We don't have a problem cooperating with Arab businesses, but we won't have them live here."

"We stand by the residents in this protest…Afula must remain a Jewish city," he added.

According to the report, "the flag of the anti-assimilation group Lehava was seen and Israeli flags were later brought to the scene."

Opinion: Why don't we hear calls to boycott Afula?

"We were not surprised by Avi Elkabetz's participation at the demonstration…outside a house sold to an Arab family," Amnesty International stated.

Amnesty had previously asked Attorney General Avichai Mendelblit to suspend Elkabetz along with members of his list, a request that was declined.

"If the inciter is Palestinian, he goes right to prison, whereas if he is a Jew, he can be mayor, a minister or even prime minister," Amnesty added.

Before he was elected, Elkabetz "took part in other protests against the sale of homes in the city to Arabs", Haaretz reported.