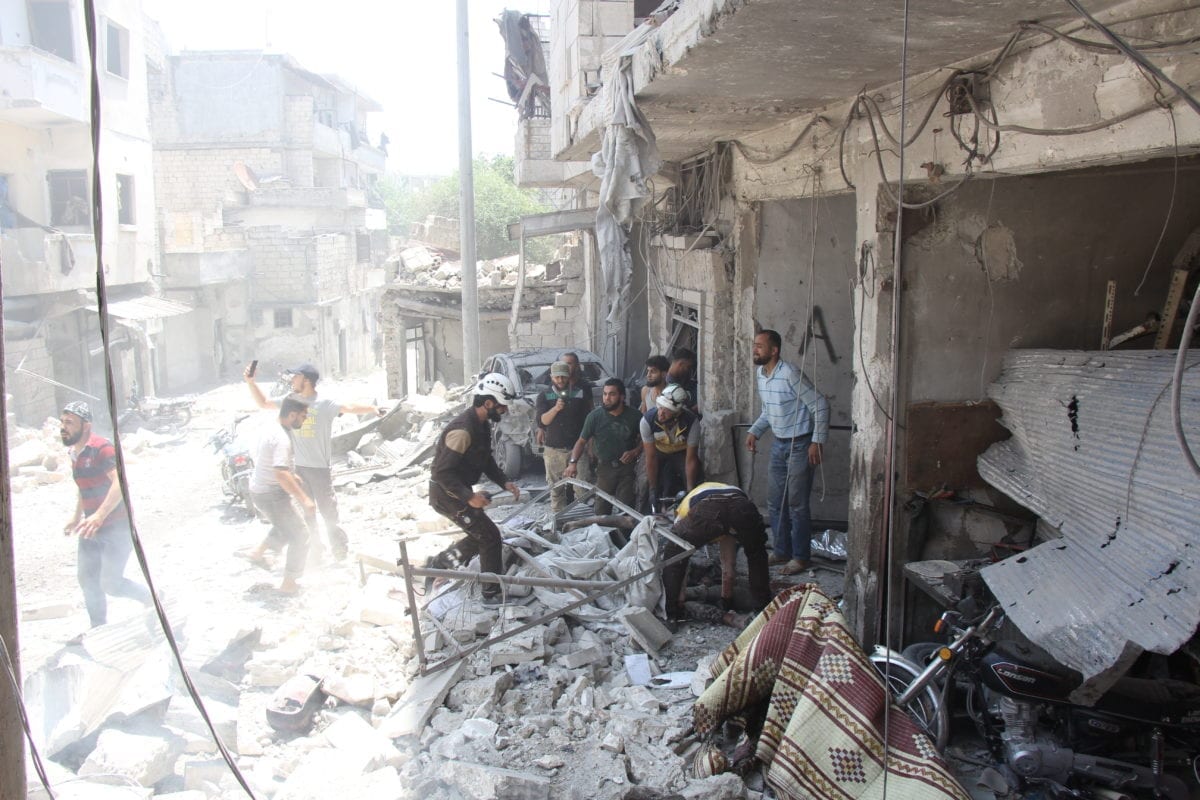 Civil defence team and locals carry out search and rescue works at the site around the collapsed buildings after air strikes were carried out by the Assad Regime in Idlib, Syria on 11 July 2019 [Bera Derwish/Anadolu Agency]
July 12, 2019 at 9:23 am

As many as 71 fighters were killed in clashes that broke out on Wednesday night between Syrian regime forces and armed opposition groups in the north-west of the country, the Syrian Observatory for Human Rights said yesterday.

The clashes broke out after armed groups including the Hayat Tahrir Al-Sham, an alliance of militant groups dominated by a former affiliate of Al-Qaeda, launched an attack which resulted in controlling the "heavily fortified" Hamamiyat village, north-west of Hama.

According to the observatory, the attack resulted in the killing of 41 members of the Syrian regime forces and 30 rebels.

"The fighting continued on Thursday morning and the regime forces have launched a counter-attack to retake the village," said Rami Abdul Rahman, the head of the observatory, told AFP.

Military spokesman of the Hayat Tahrir Al-Sham, Abu Khaled Al-Shami, told AFP that "the attack began in the evening against the regime's positions in Hamamiyat and resulted in controlling the village and its strategic hill".

Naji Mustafa, a spokesman for the allied National Liberation Front, explained that "the hill is very strategic because it overlooks… supply routes to enemy forces,"  in reference to the Syrian regime forces.

Fighting between the regime forces and rebels has been ongoing for weeks in the Hama countryside. Last month, as many as 250 fighters from both sides were killed in only three days.