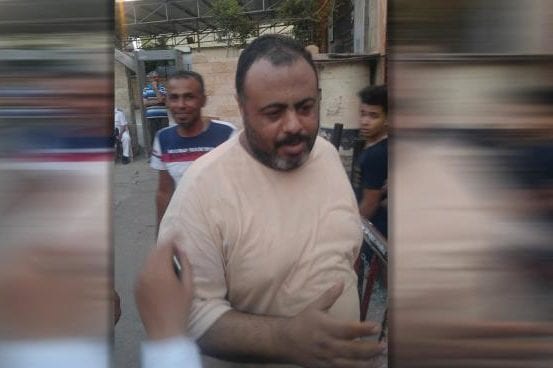 A human rights lawyer who was detained in December for sharing a picture of himself wearing a yellow vest on Facebook in solidarity with protesters in France has had his appeal rejected by a court in Egypt.

Mohamed Ramadan was arrested for allegedly joining and promoting a terror group and inciting demonstrations and sentenced to 15 days in prison, but is still being detained seven months later.

To prevent copycat protests ahead of the anniversary of the Egyptian Revolution authorities blocked the sale of vests and claimed to have found eight in Ramadan's possession.

Ramadan, who once defended human rights activists and political prisoners in Egypt, is being held in pre-trial detention pending further investigation, which is constantly being renewed.

In December, Ramadan's lawyer said he was being held in solitary confinement and is suffering a series of health complications including high blood pressure and respiratory complications, and is not being given access to adequate health care.

In February Amnesty International urged that Ramadan be released, describing his arrest as "absurd".

Egyptian authorities have arrested a number of human rights lawyers including Ahmad Abdallah, who represented the family of Italian student Giulio Regeni who was tortured to death and Ibrahim Metwally Hegazy, co-founder and co-ordinator of the Association of the Families of the Disappeared.